LOS ANGELES — Instead of preparing for a playoff run, LeBron James is mostly spending the spring playing hoops with his teenage sons and enjoying tea time with his young daughter.

And when he isn't binge-watching "Tiger King" with his wife, he is scanning the news for information on whether the coronavirus pandemic will allow the Los Angeles Lakers to finish their impressive season chasing an NBA championship.

James is still optimistic about the Lakers' future, but he also knows safety comes first.

"I don't think I'll be able to have any closure if we do not have an opportunity to finish this season," James said from his home on Wednesday (Thursday, Manila time) on a conference call with Lakers beat reporters. 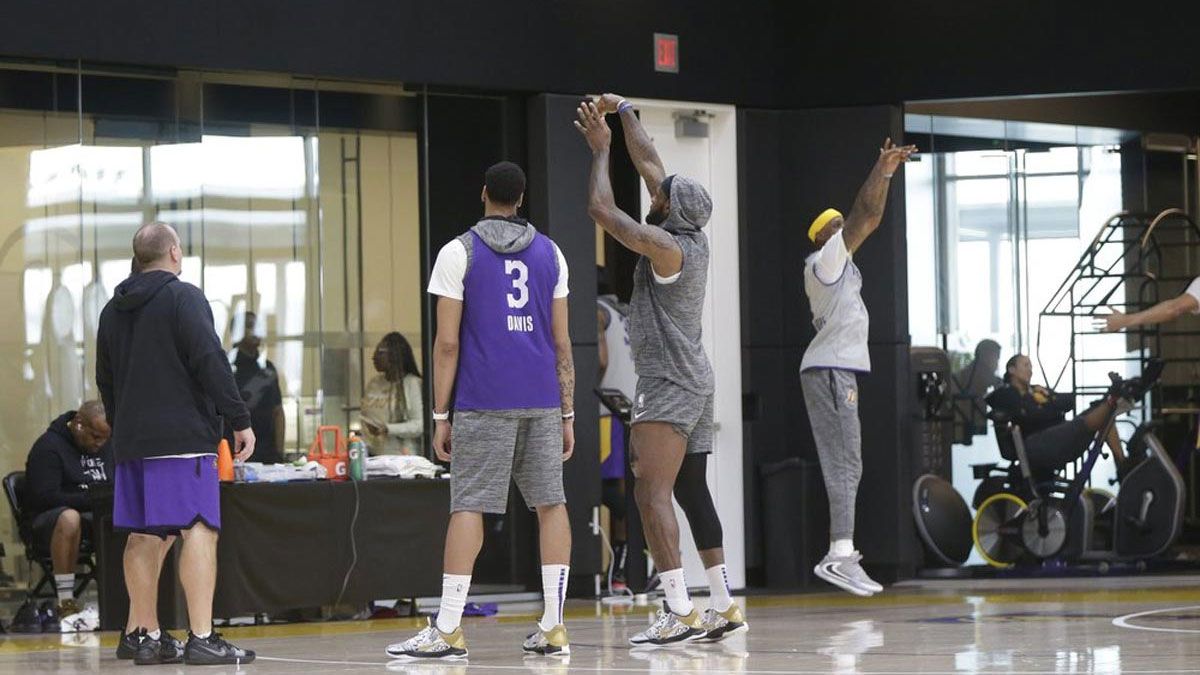 The Lakers were cruising toward their first playoff berth since 2013 when the NBA season was suspended March 11. They have the Western Conference's best record at 49-14, leading the second-place Clippers (44-20) by 5 1/2 games and trailing only Milwaukee (53-12) in the overall league standings.

The Lakers did it following a thorough roster turnover last summer headlined by the arrival of Anthony Davis. They also persevered through a stressful preseason trip to China, followed by the death of franchise icon Kobe Bryant in a helicopter crash in January.

James' 17th NBA season is obviously unique for many reasons, but he is uncommonly proud of what the Lakers have accomplished so far.

"I can have some satisfaction on what our team has been able to do this year (with) a first-year coach, first-year system, a whole new coaching staff, bringing on so many new pieces to our team this year," James said. "I honestly didn't think that we would be able to come together as fast as we did, just having so many new pieces (and) bringing in Anthony. He spent seven years in New Orleans, so he was coming into a new system, playing along with myself, and how we would be able to come together? I thought it would take us a lot longer than it did, but I was wrong. I was very wrong about that." 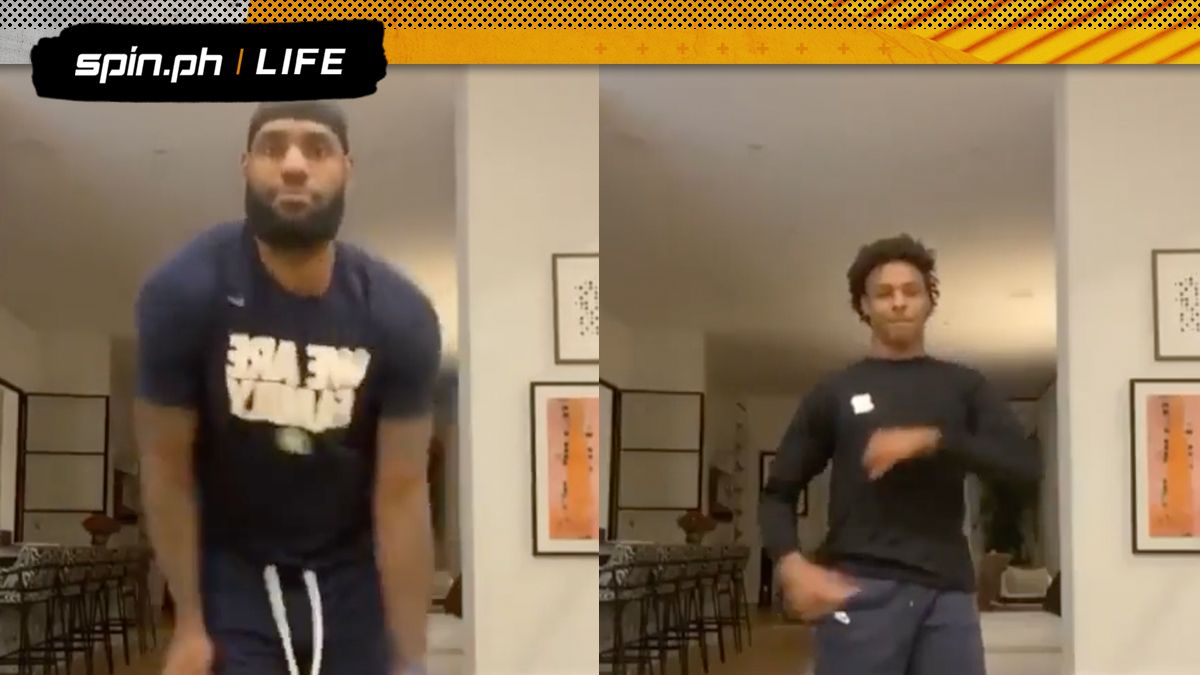 And then all that good work abruptly stopped four weeks ago. Two unidentified Lakers players subsequently tested positive for coronavirus, but the Lakers say James and his teammates are all healthy after they completed their 14-day isolation.

James will be deeply disappointed if the Lakers don't get a chance to test themselves during a playoff run, yet he realizes what's most important in the upcoming weeks and months.

James initially expressed reluctance about playing games in empty arenas, or the possibility of NBA teams gathering in the same city to complete the season in a form of sports quarantine. The 16-time All-Star selection now says he is up for anything that's safe and smart.

"If it's in one single, isolated destination, if it's Las Vegas or somewhere else that can hold us and keep us in the best possible chance to be safe, not only on the floor but also off the floor as well, then those conversations will be had," James said. "Once this thing gets a good handle on it and the people in the higher ranks understand it, if they know we are safe, then we can make the next step. But the safety is always the most important, and then we go from there."

James isn't yet back at work with Mike Mancias, his personal trainer. Instead, he says he is training with his wife, Savannah, and playing plenty of hoops with Bronny James, their 15-year-old son, at a thoroughly sterilized court owned by a friend. He also shoots hoops outside at his own home with the whole family. 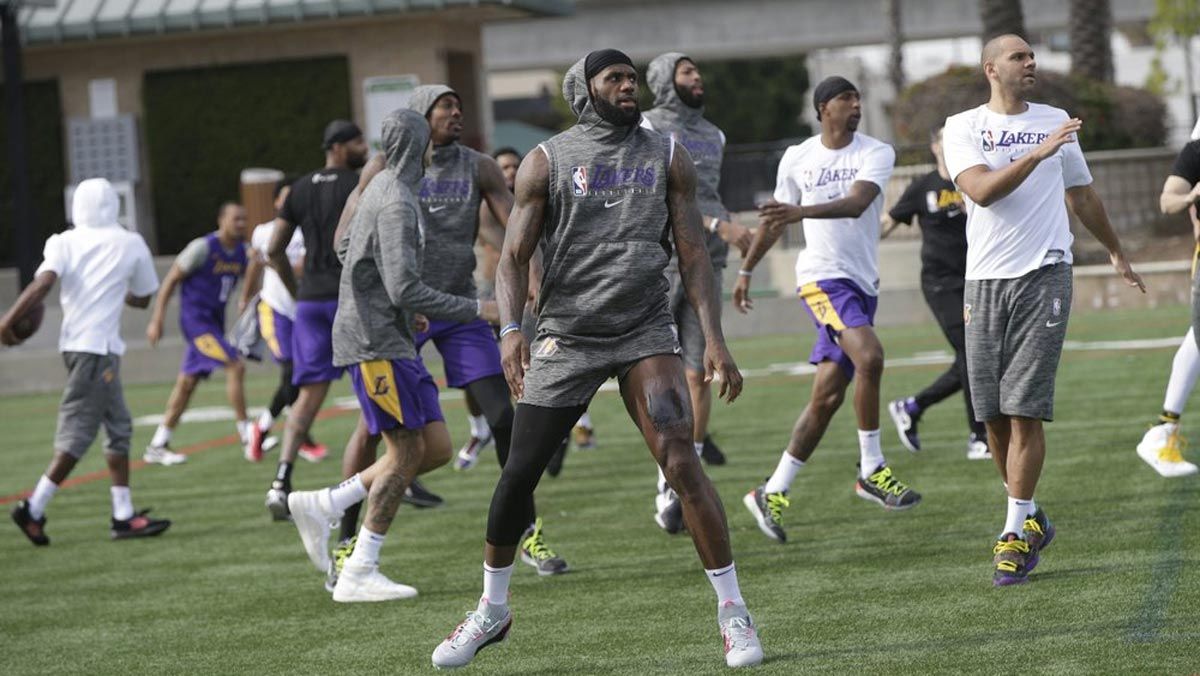 James is doing weekly meditation, but says his mental state is outstanding thanks to his family. He has frequently spoken about missing time with loved ones during the grind of the NBA season, so he is enjoying this intensive togetherness with his kids.

"They wake up every day in a positive mind frame," James said with a laugh. "Maybe one reason is they're not actually in school, so I know they get to sleep in a lot more now. But also they're just so appreciative of life. ... Just being able to see my kids wake up with that positive attitude helps. For me, I wake up, I'm able to get a nice breakfast, and then I train. And when I'm training, I'm always in a very positive state of mind."