SALT LAKE CITY — Donovan Mitchell had 36 points and nine assists to lead the Utah Jazz to their fifth straight victory, 122-108, over the Boston Celtics on Tuesday night (Wednesday, Manila time).

Jaylen Brown scored 33 points and Jayson Tatum added 23 for Boston. The Celtics (12-11) lost for the third time in four games.

After trailing by as many as 14 points in the third quarter, the Celtics cut it to 108-104 on free throws from Brown and Tristan Thompson. The Jazz slammed the door on a comeback by scoring on six straight possessions.

Ingles and Mitchell combined for three 3-pointers to start the run and Gobert finished it with back-to-back dunks, giving Utah a 122-108 lead in the final minute. 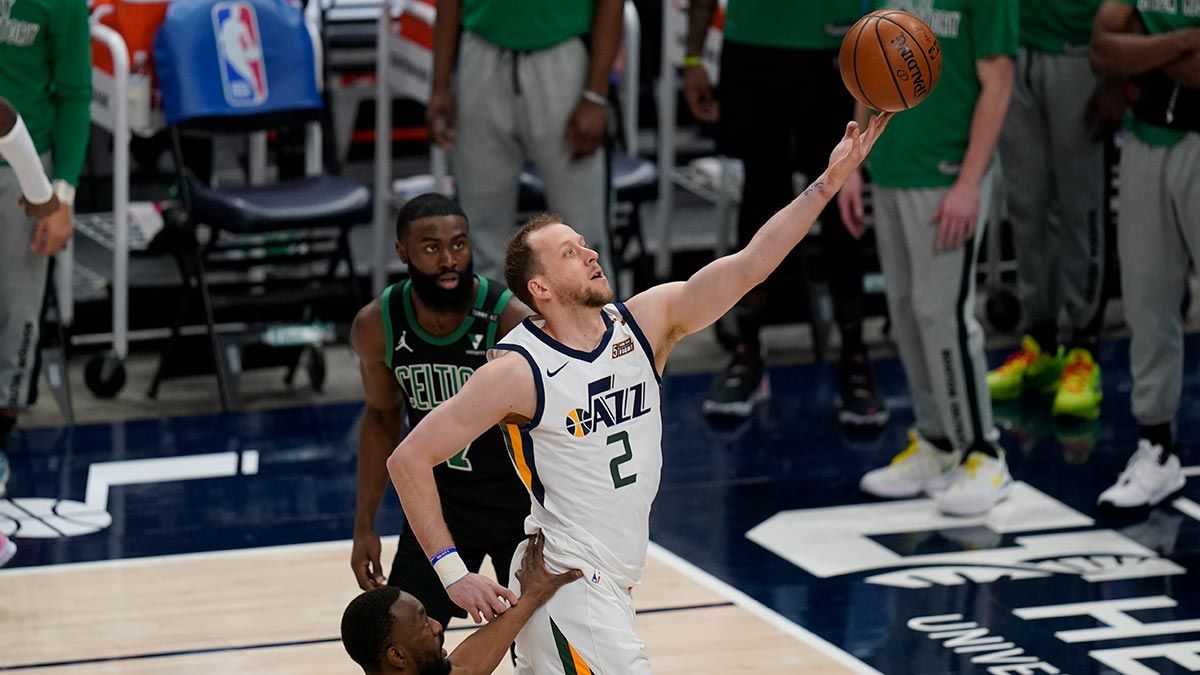 The Celtics made their first five baskets from long distance – starting with three consecutive 3-pointers from Brown – and shot 7 of 13 overall from 3-point range during the first quarter in taking a 27-19 lead.

Utah clamped down defensively in the second quarter, holding the Celtics without a point over a four-minute stretch early in the period. The Jazz also settled into a consistent rhythm on offense as the quarter progressed.

Back-to-back 3-pointers from Royce O'Neale and Mitchell triggered a 14-4 run that put Utah ahead 44-38. The Jazz scored on five of six possessions during the run, culminating in a dunk from Bogdanovic.

Mitchell dominated during a third quarter where the Jazz totaled 42 points. He scored three baskets and assisted on two others while fueling a 17-4 run that extended Utah's lead to 70-58 midway through the quarter. Mitchell ended up with 14 points in the quarter after scoring 12 in the first half. 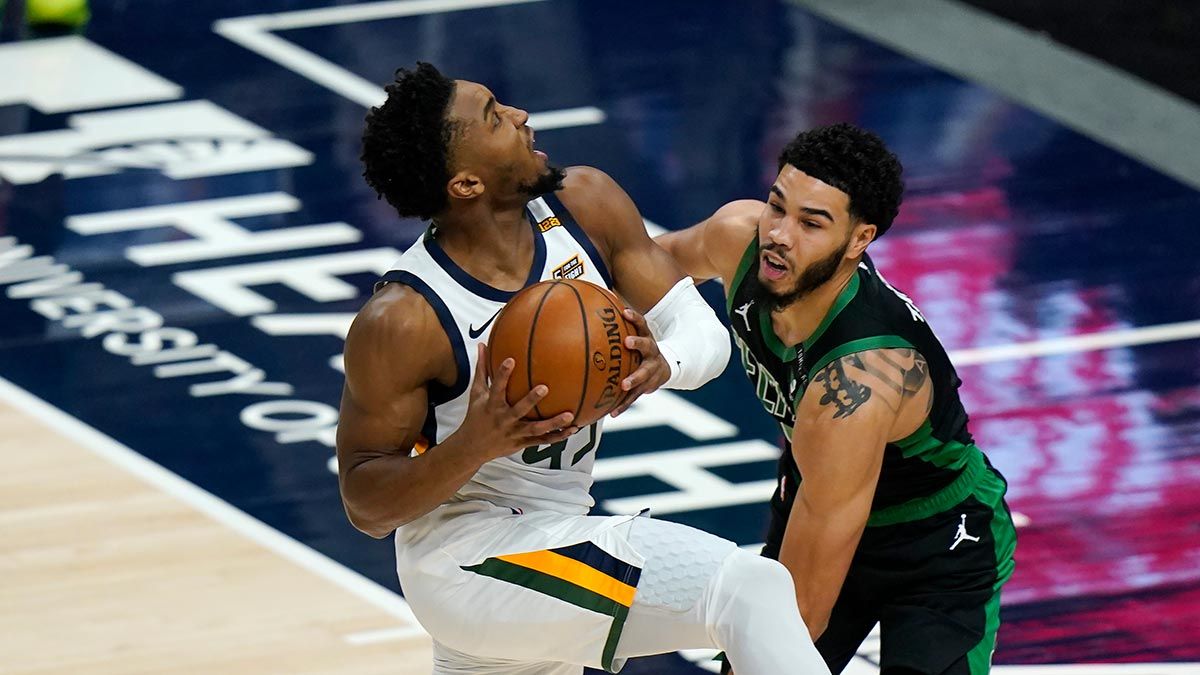 Celtics: Brown played in his 300th NBA game after sitting out two straight games due to left knee soreness. … Daniel Theis made a career-high five 3-pointers before fouling out with 5:23 left in the fourth quarter.