CHICAGO — Zach LaVine needed some time to get going. Once he did, there was no stopping him.

Then again, he wasn't the only Bulls player making big contributions. He had plenty of help from DeMar DeRozan, Lonzo Ball and pretty much everyone else who stepped on the court for Chicago.

Ball added a triple-double against his former team with 17 points, 10 rebounds and 10 assists. He also had three steals and a bunch of deflections, constantly disrupting the Pelicans.

It led to fastbreaks and quick passes, thunderous dunks and 3-pointers, and one easy win with New Orleans star Zion Williamson recovering from surgery on his right foot.

"We just got a totally different energy with the team, goals that we're trying to go out there and do," LaVine said.

The Bulls believe they are in position to make the playoffs in the Eastern Conference after missing out the past four years. They have a different look and different energy after trading for Nikola Vucevic prior to the deadline last season and adding DeRozan and Ball in the offseason.

Things sure felt different on Friday.

LaVine welcomed the capacity crowd prior to the first game in Chicago without capacity restrictions since the 2019-20 season, then put on a dazzling display.

The All-Star and Olympic gold medalist shook off a slow start to score 20 points late in the first half and help send Chicago to the locker room with a 65-47 lead. He made six 3-pointers in the game. 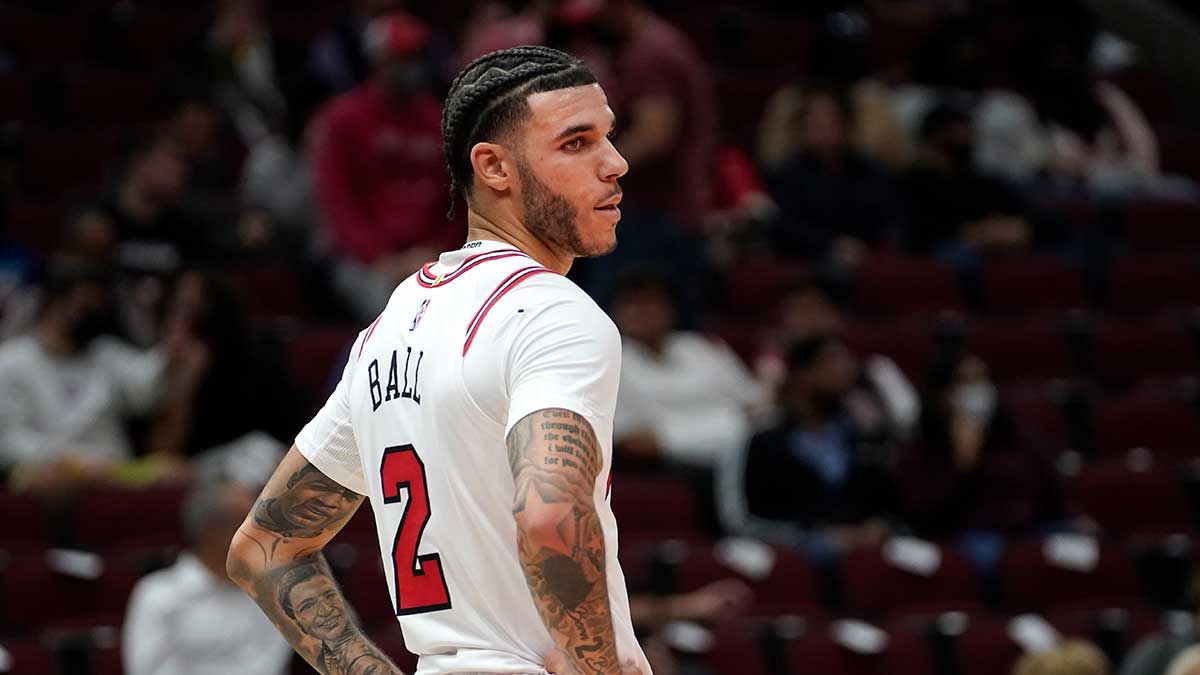 Lonzo Ball has a triple-double against his former team.

DeRozan and Ball gave the fans plenty to cheer. And the Bulls improved to 2-0 for the first time since the 2016-17 team won its first three games on the way to a 41-41 record.

"We have to run," coach Billy Donovan said. "If we don't run, we're not gonna be in position ... to share the ball. We've got a really, really good, instinctive passing team. ... The faster we play in broken-floor situations, what happens is they just play instinctively, which is what we've got to do."

Brandon Ingram scored 26 for New Orleans. Devonte' Graham added 21 points, and Jonas Valanciunas scored 18. But the Pelicans fell to 0-2 under rookie coach Willie Green after opening with a loss to Joel Embiid and the Philadelphia 76ers.

"We're still building. This is just something that we have to go through as a unit," Green said. "I told the guys in the locker room we'll go through it together. I can see improvement game by game. We're not where we want to be. But we'll get there."

DeRozan made a big impact in the early going with eight of Chicago's first 12 points, including a thunderous dunk off a feed from Ball.

LaVine, coming off a 34-point game against Detroit, didn't score until he hit a corner 3 with 5:50 left in the second quarter. But he took off from there, nailing three more from beyond the arc while scoring another 17 before the end of the half as the Bulls took an 18-point lead to the locker room.

Fans were so giddy they were chanting "MVP! MVP!" late in the half for Alex Caruso when the newcomer flipped in a twisting layup.

Pelicans: F Josh Hart (right quadriceps), a starter in a lineup reshuffled to account for the absence of Williamson, was not available. He exited the opener and is day to day, Green said.

Bulls: Chicago got 35 points from its reserves. ... The Bulls outscored New Orleans 24-16 on the break and 54-44 in the paint. ... G Coby White (left shoulder) remains sidelined following offseason surgery. ... Coach Billy Donovan said F Patrick Williams was fine and under no minutes restrictions after straining his left shoulder in the opener. The second-year pro also sprained his left ankle during an optional workout on Sept. 15.