Nikola Vucevic had 16 points and 15 rebounds as the Bulls (20-10) won their third straight.

Caris LeVert scored 27 points and Domantas Sabonis had 14 points and 16 rebounds after missing a game with a right calf injury as the Pacers dropped their third straight game.

Chicago had a comfortable lead throughout most of the game before Indiana pulled within 108-100 on a 3-pointer by LeVert with 3:19 to play. LaVine answered with a 20-footer and, after a miss by the Pacers, added another basket to essentially put the game away.

It was LaVine's first game since Dec. 11. However, he missed just two games because the Bulls had three games postponed during his absence. He also missed time last season because of COVID-19.

"I'm tired of getting COVID," LaVine said. "I feel like I just had it. ... But that's the world we're living in right now. We've got to play with it. Everybody in the league and the world is dealing with it right now, so I'm not doing a poor-me mentality."

Rookie Ayo Dosunmu, who also returned from the health and safety protocols, came off the bench to score six points in 24 minutes.

Chicago was without starter Lonzo Ball and reserves Alfonzo McKinnie and Tony Bradley, who entered health and safety protocols on Sunday. Ball was the only player to appear in all 29 games before Sunday.

The Bulls were also without coach Billy Donovan, who entered the protocols on Friday. Assistant Chris Fleming filled in.

The Pacers were without leading scorer Malcolm Brogdon (Achilles) and Jeremy Lamb (wrist).

Indiana won 109-77 in the first meeting between the teams, on Nov. 22 at the United Center.

"I thought we had a poor first half and a very good second half," Indiana coach Rick Carlisle said. "That's not gonna cut it against a team like Chicago with two stars. They got rolling and we just didn't do enough in the first half to keep them from getting going.

"I like our third quarter and I thought we did a lot of good things in the second half, but we're gonna have to put 48 minutes together instead of 24."

Indiana turned up the defensive pressure at the start of the second half and pulled within 83-75 with just under two minutes remaining in the third quarter.

Coby White hit a pair of free throws and DeRozan added a 14-footer to build the lead back to 87-75, but the Pacers scored the final four points of the quarter to make it 87-79 entering the fourth.

Tyler Cook opened the scoring in the final quarter with a dunk and DeRozan added a pair of free throws on the next possession to stretch the lead to 91-79. A short time later, DeRozan hit back-to-back mid-range jumpers to make it 95-81 with nine minutes to go.

The Bulls found a way to win, just as they have throughout the virus outbreak.

"Everybody's been like, 'Next man up,'" LaVine said. "Everybody's been staying ready, and when their name is called, there's no hesitation and they know what to do. We've been good with guys out, and that's saying a lot." 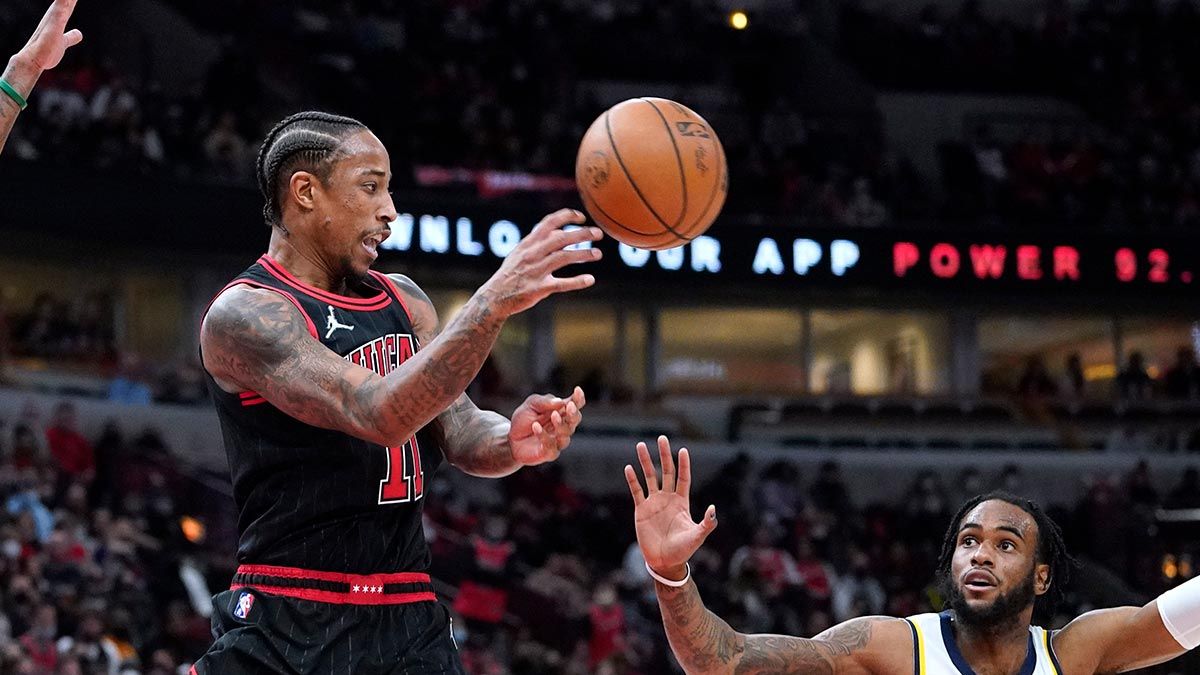 Bulls: G/F Alex Caruso (left foot sprain) sat out after being injured early in the last game against Houston. Caruso is expected to be re-evaluated in about a week. ... F Derrick Jones Jr. missed his second straight game with a left hamstring strain.

Bulls: At the Atlanta Hawks on Monday.