CLEVELAND — There's been a massive void in Larry Nance Jr.'s life that no amount of watching Korean football games, practicing yoga, riding a stationary bike or playing video games can ever replace.

Basketball is his world.

The COVID-19 pandemic has deprived Nance of his greatest passion and his profession, which is why the Cleveland Cavaliers forward was grateful to get back on a real court — even for a short while.

Nance is one of the few NBA players who have been able to work out after teams were granted permission to reopen their training facilities, which have been closed nearly two months by a virus outbreak that has paused the season and placed its conclusion in peril.

Nance returned to the Cavs' complex on Friday, and for two hours, the 27-year-old felt whole again.

"This is the longest I haven't played a game of basketball in my entire life," he said on Tuesday (Wednesday, Manila time) on a Zoom conference call.

The Cavs and Portland Trail Blazers were the first teams to reopen their facilities last week for structured, voluntary workouts that are restricted to one player and one coach at each basket. More teams are scheduled to hold workouts this week as more states loosen guidelines that have brought team sports in North America to a standstill.

Nance, who acknowledged getting a coronavirus test out of "panic" in March, said that while the conditions are somewhat surreal for practicing, he felt secure because of masks — and other safety measures.

"For me that just provides a sense of security," he said of the facial coverings. "You get your own two basketballs — that's it. You have your one coach wearing masks and gloves that are unique to you. Even in the weight room, you pick up a weight, and if I was using 45s (pounds), nobody else that day was allowed to use the 45s until they were cleaned and sterilized, so to me it was so well regimented that I feel pretty safe going." 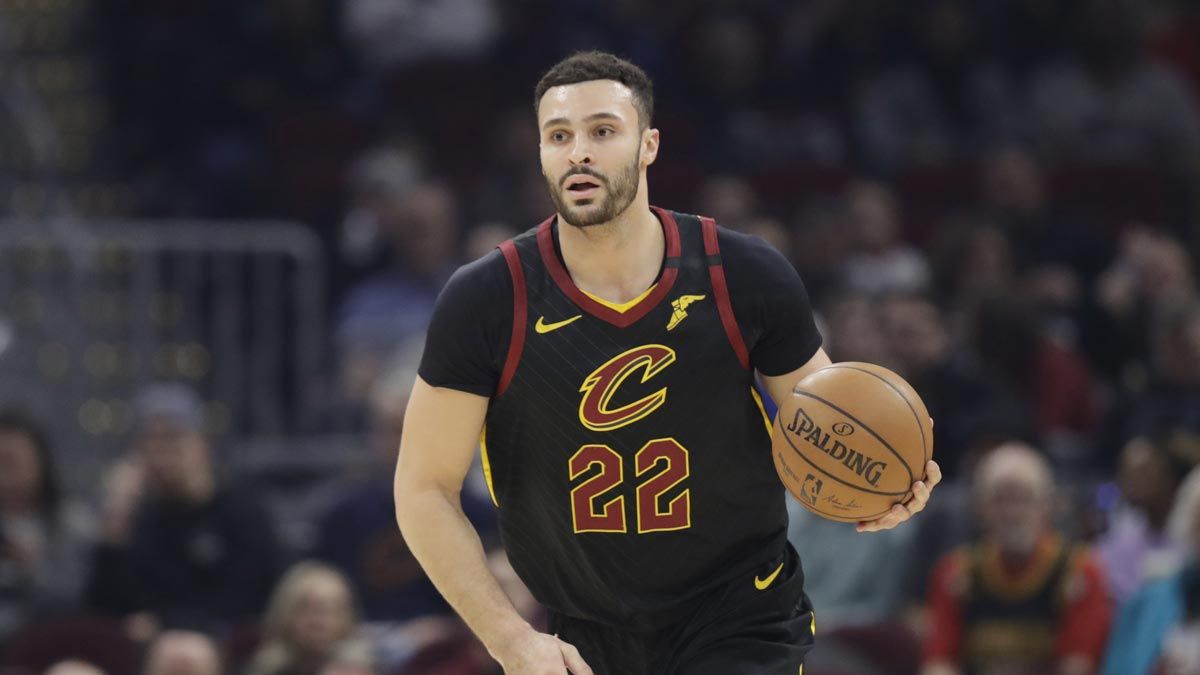 Last week, NBA Commissioner Adam Silver spoke with players and presented some plans the league is considering to complete the season. Some of the options include games without fans and games at a centralized location, with Florida among possibilities.

Nance said he's cautiously optimistic about a resumption. And while the Cavs aren't chasing a title — they were 19-46 when the season was shut down — he feels it's imperative the league crowns a champion.

"We're not in position to win a championship this year but if I was, if I was Giannis (Antetokounmpo), if I was LeBron (James), if I was Kawhi (Leonard), if I was on one of those championship caliber teams, I'd be pretty upset about it," he said. "It's very rare in this league that a chance like this comes along that's taken a valuable year off someone's career.

"Everybody in the league, we want to finish this year. One, obviously because we love the game, but at the same time there's a serious chance of us missing out on, what, 20-plus percent of our contracts, which is for a lot of guys pretty significant."

Like many sports fans, Nance has spent part of his quarantine watching "The Last Dance," the 10-part ESPN documentary on Michael Jordan and his final season with the Chicago Bulls. Nance has a unique perspective since his father, Larry Sr., played against Jordan for many years.

The episodes have turned into weeklong one-on-one battles between the Nances.

"Our whole debate while watching the show is just new versus old," Nance said. "Why Michael could have scored more in today's NBA, but also why LeBron would have been so dominant in that league. And while it's been about M.J., we've been comparing, contrasting eras and players. It comes on Sunday, but the conversations carry on until next Sunday."