Lakers weigh future of Schröder and Co. after early exit

LOS ANGELES — After two seasons that felt like one relentless grind interrupted only by a strange championship celebration, the Los Angeles Lakers simply need a rest.

The 2020 NBA champs weren’t happy to be headed home this weekend after the Phoenix Suns knocked them out of the first round. Yet the early playoff exit came with the consolation of a title memory that’s still fresh in many players’ minds — and an abiding belief they will contend again next year if they just rest up and then stay healthy.

“The one thing that bothers me more than anything is we never really got an opportunity to see our full team at full strength,” LeBron James said. “Either because of injury or COVID or something going on with our ballclub this year, we could never fully get into a rhythm and never really see the full potential of what we could be capable of.”

When these Lakers were healthy, they were outstanding. But that period was brief, and it ended early. 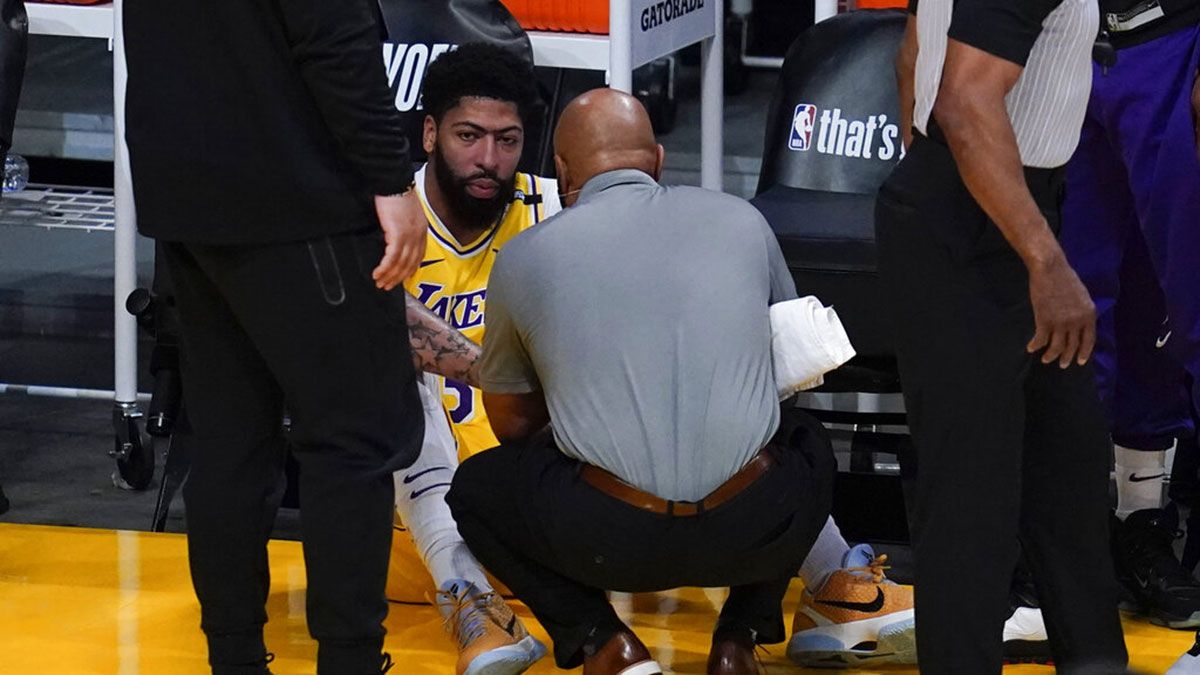 Los Angeles was 21-6 on Valentine’s Day when Anthony Davis went down with an accumulation of leg injuries that would ultimately keep him out for 30 games. He returned in late April, but wore down again in the postseason and missed nearly all of the last 2 1/2 games against Phoenix with knee and groin problems.

Davis acknowledged the roots of his latest injury-plagued season were planted in the Florida bubble.

“We didn’t get a (full) summer, and it messed up the routines where you’re trying to recover from a season and get ready for a season,” Davis said. “It’s all around the league, but now we have an opportunity as the Lakers to take advantage of this longer offseason and get our bodies healed.”

James missed 26 games with a high right ankle sprain, and he acknowledged it wasn’t fully healed even in the playoffs. Although the 36-year-old star still performed at an MVP level when healthy, time could be creeping up on one of the most resilient players of his generation: two of his three seasons with the Lakers have been significantly limited by injuries. 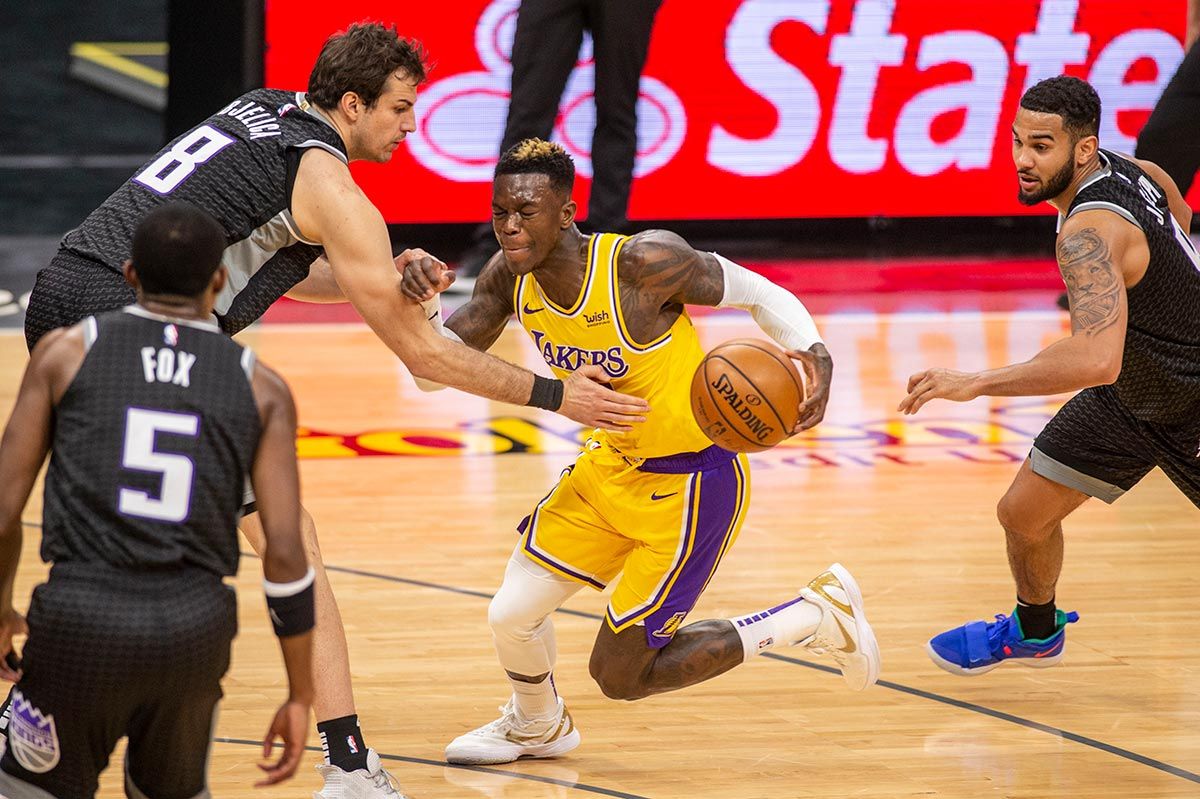 The supporting cast also picked up many knocks, from Kentavious Caldwell-Pope’s bruised knee in the postseason to Alex Caruso’s myriad of setbacks. The injuries prevented the Lakers from forming a cohesive unit with the chemistry and teamwork that defined last season’s champions.

Yet from the front office to the end of the bench, these Lakers still think they could have beaten anybody if they had been able to do it together.

“We believe in the group that we have,” Lakers coach Frank Vogel said Friday. “And if we have the core of Anthony Davis and LeBron James healthy, we’ll build the right supporting cast around those guys, and we’ll have a chance to compete for a championship again next year.”

Dennis Schröder’s future tops the Lakers’ list of offseason questions. Los Angeles gave up Danny Green and a first-round pick to get the German point guard in the offseason, and he showed strong flashes of excellence during an ultimately inconsistent season.

Schröder turned down a contract extension during the year, but he insists he only did it to have the experience of unrestricted free agency this summer — and he has repeatedly said he wants to return to the Lakers.

“Unfinished business,” Schröder said. “We’re better than this. ... I want to be here and win a championship. It’s not even a question.”

Lakers general manager Rob Pelinka will have plenty of time to figure out how much of his supporting cast will return, and nearly everybody will necessitate discussion.

Caldwell-Pope wasn’t productive for long stretches, while Kyle Kuzma regressed offensively as his overall game blossomed. Both are among the Lakers’ few tradeable assets.

Wesley Matthews and Markieff Morris both hope to return in their complementary roles.

“I want to run this back so bad,” said Matthews, who hit a career-worst 33.5% of his 3-point shots. “Injuries took us out, but we continued to fight. That’s just part of the expectation when you put on this Lakers uniform. ... If we stayed healthy all season, who knows?”

And then there’s wise veteran Jared Dudley, who wants to return in his role as essentially a player-coach: “Come on, man. They need me like I need them.”

The Lakers’ three supporting big men all struggled to find a consistent role next to Davis, and the club must reevaluate its intentions at the position.

Marc Gasol was effective for long stretches, but his mobility has slowed, while Andre Drummond injected energy and rebounding in his late-season arrival before losing much of his playing time down the stretch. Drummond’s skill set would appear to complement Davis’ abilities, but Drummond was disappointed they never got significant playing time together due to his late arrival and Davis’ injuries. 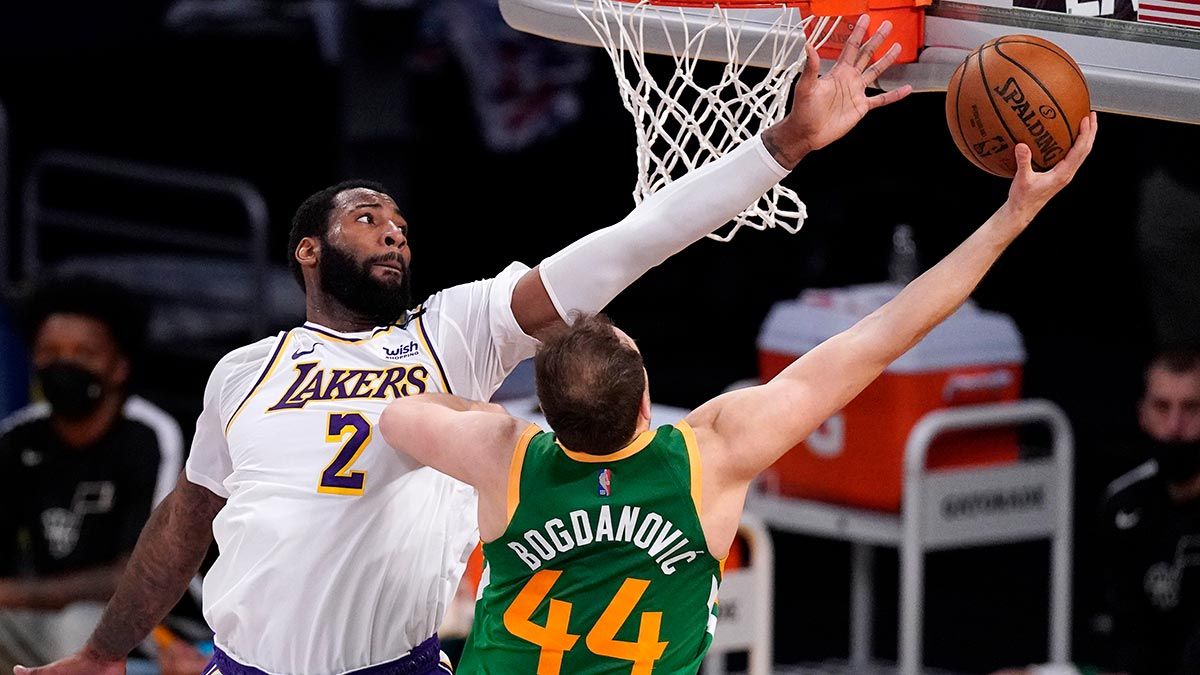 Montrezl Harrell’s contributions also eroded as the season progressed, with the Lakers appearing to decide his defense wasn’t good enough. Harrell has a player option for next season, and he was noncommittal on his future Friday.

Vogel has completed two seasons of his initial three-year deal on the Lakers’ bench. After winning a championship and turning the Lakers into the NBA’s top defensive team, Vogel sounds unconcerned about his future: “I love this organization, and I hope to be a Laker for life.” 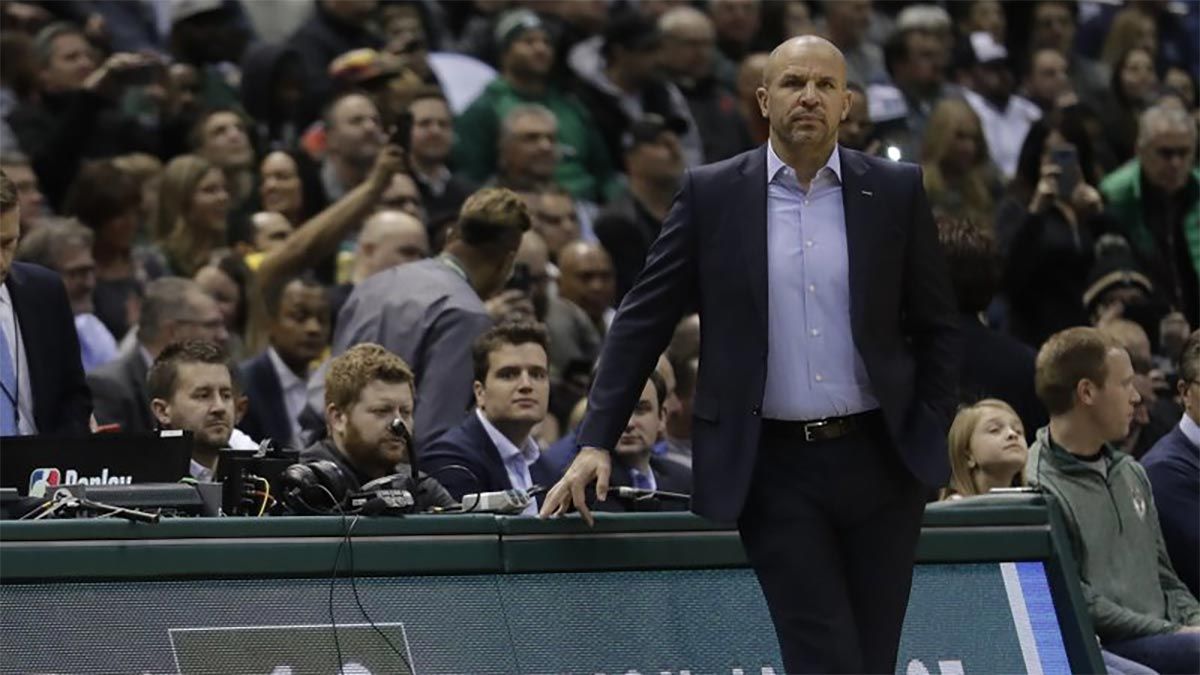 Vogel’s staff might not remain intact, however: Assistant coach Jason Kidd is thought to be a candidate for other head coaching jobs, and Vogel would support the move.

“Jason has become one of my closest friends and someone that’s been integral to our success,” Vogel said. “Anybody that has an opening in the NBA, Jason should be at the top of their list.”