Troy Daniels hit four 3-pointers and scored 15 points for the Lakers, who were impressive in unveiling their revamped lineup. Along with the offensive fireworks expected from a team boasting Davis and James, Los Angeles forced 23 turnovers by a talented Utah team and won comfortably behind that gritty defense.

Davis had already played in a regular-season game at Staples Center in a Lakers uniform while getting wildly cheered — but that happened three days earlier during the Lakers' loss in the Clippers' home opener. 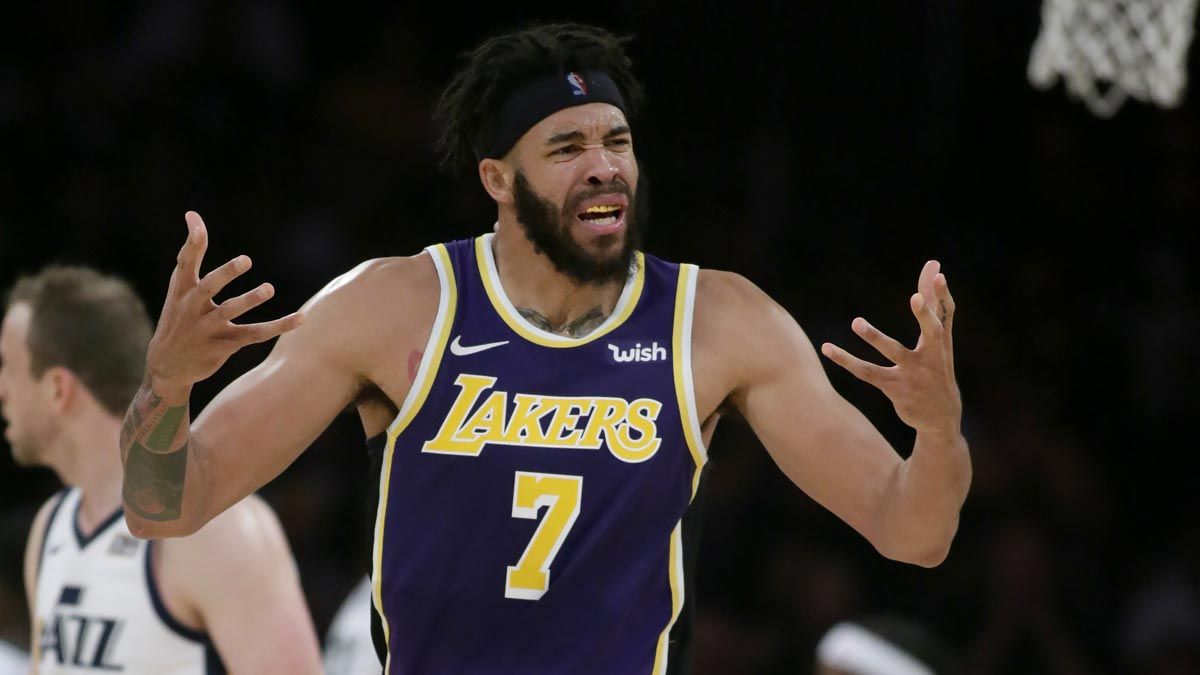 The star center is still looking for his flow, but he blocked five shots and contributed steadily on offense, even scoring his first bucket on an alley-oop from James.

Jeff Green had five points while starting in place of Bogdanovic, Utah's $73 million free agent acquisition. The Jazz beat Oklahoma City in their opener, but didn't have enough offense to compete with the new-look Lakers and their solid defensive schemes.

The Lakers never trailed after the opening minutes, and they took firm control with a strong third quarter featuring 12 points from James and three 3-pointers from Daniels, the proficient outside shooter acquired specifically to knock down spot-up 3s.

Danny Green also fills that role, and he scored nine points in his Lakers home debut. The veteran also took the microphone before the game and told cheering fans: "I promise we'll do better than last year." 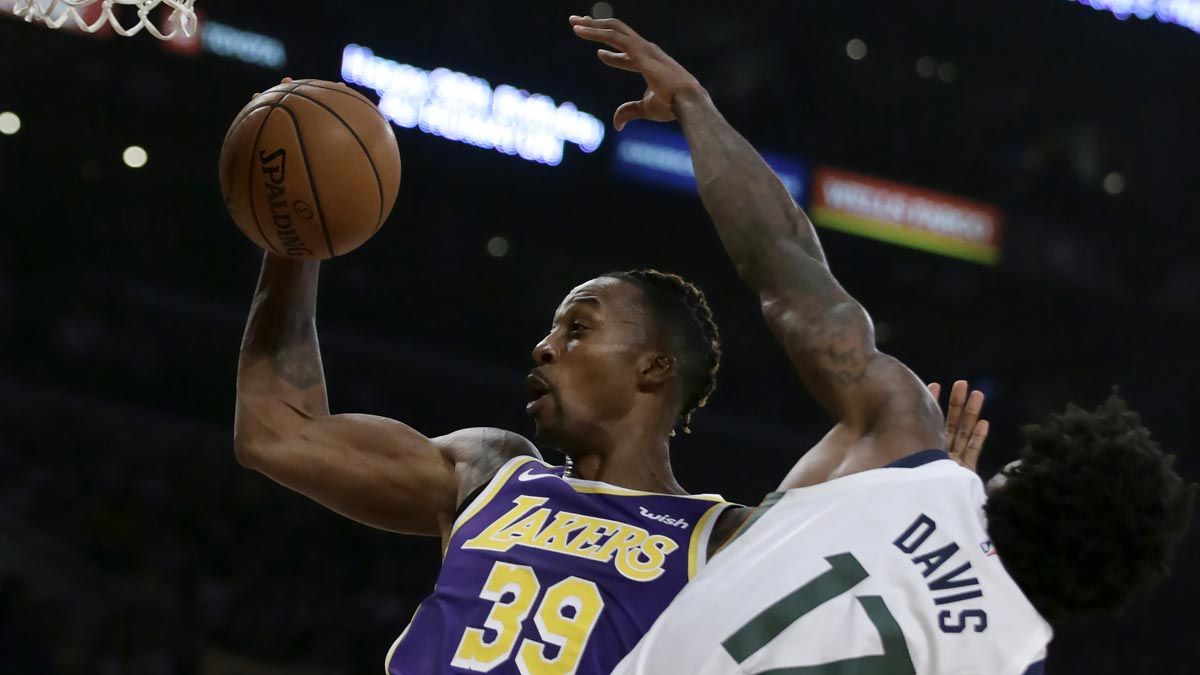 Dwight Howard heard a few boos when he checked in for his first home game back with the Lakers, whom he spurned in free agency in 2013 after one tumultuous season. He had been booed relentlessly for six years since — but in his return as Los Angeles' backup center, Howard played a strong defensive game and earned cheers by the second half with his obvious effort.

Jazz: Bogdanovic sat out after rolling his left ankle in Utah's season opener Wednesday. He returned in the second half of that win over Oklahoma City, scoring nine of his 16 points on a bad ankle. ... Joe Ingles started and scored just two points after Royce O'Neale started the opener.

Lakers: G Rajon Rondo missed his second straight game with a sore right calf. He will return soon, and F Kyle Kuzma will be right behind him. Kuzma didn't participate in training camp while recovering from a left ankle injury incurred during the summer, but he is participating in 4-on-4 drills and other activities. 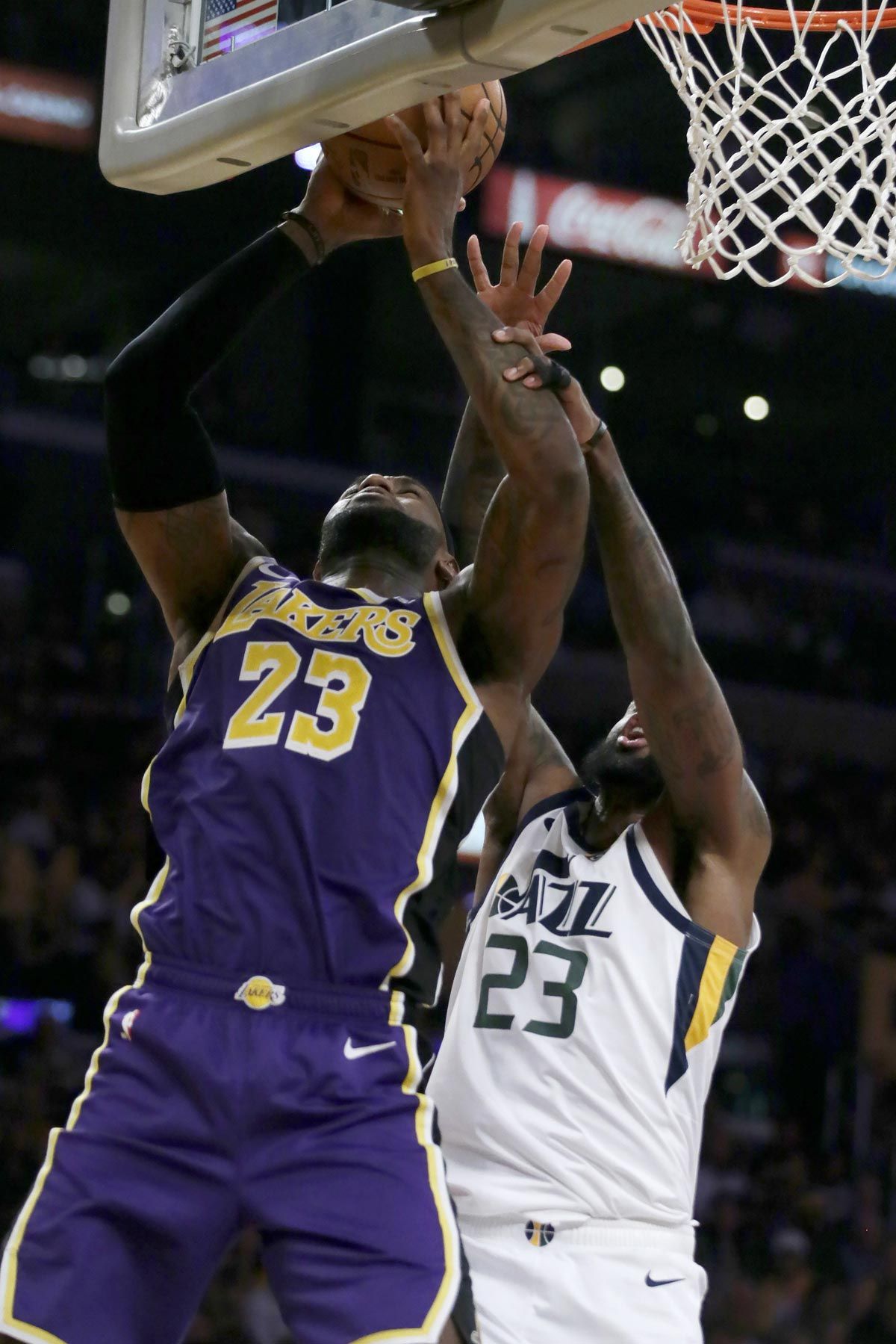