NEW YORK — Anthony Davis' knee felt good. Once he gets his conditioning back, perhaps the Los Angeles Lakers can finally make a lengthy push.

"For the most part I felt fine, I felt great out there," Davis said. "The first couple of minutes the adrenaline took over and after that kind of went away the wind caught up to me. When I got my second wind I was fine for the rest of the game."

Davis started at center. His return was a boost for a team that has played below expectations all season and is just 24-24, eighth in the Western Conference.

"He's one of the best two-way players in the game and I see him impacting both sides of the ball," coach Frank Vogel said before the game. "We missed his defensive versatility, length at the basket, ability to the guard on the perimeter and obviously everything he does offensively." 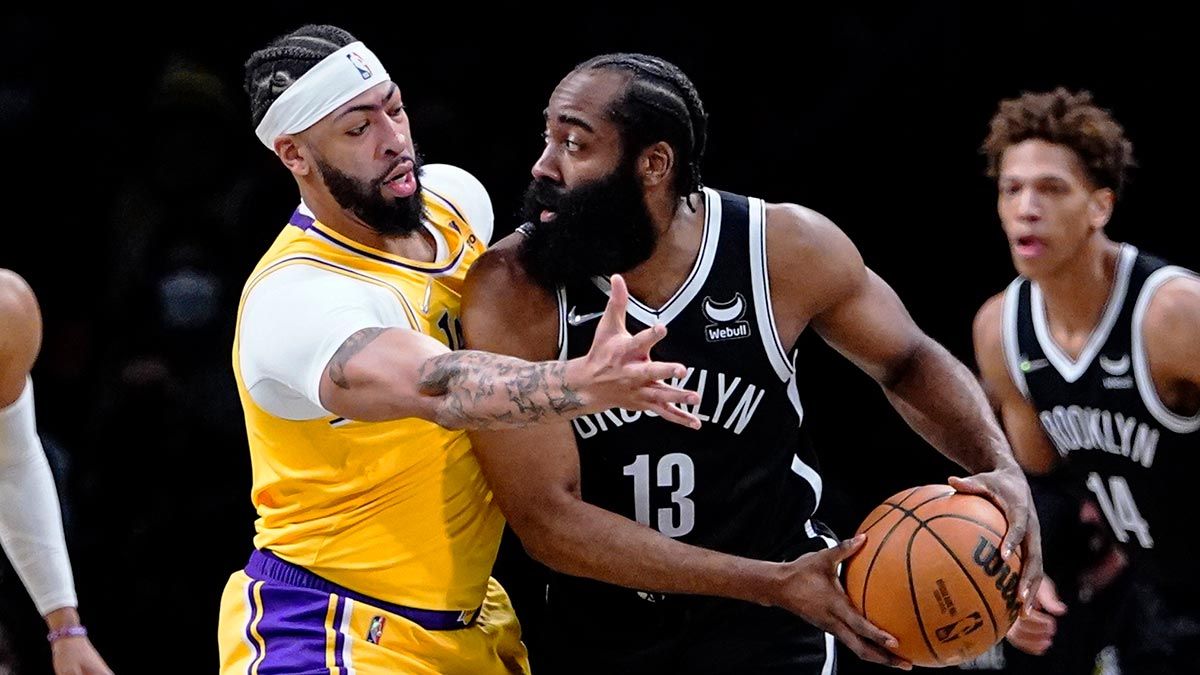 The Lakers hope to recover after going 7-10 in Anthony Davis' absence.

Vogel said the Lakers realized they didn't have time to wait for Davis to regain his fitness during practices because they rarely had full 5-on-5 workout situations.

"With limited practice time, we are still viewing these first few games as not out of the woods yet," Vogel said. "This is going to be his reconditioning phase. He's going to do it in games and there might be some stretches where he's out of sync and out of rhythm. We're expecting that and we're hoping that the overall benefits of him being out there help us win games."

Davis did that Tuesday. The Lakers got him right back into the action, with LeBron James throwing him a lob pass on the game's first possession.

"Obviously right away you see what he's capable of," James said. "We draw a play right to start the game, I was able to turn the corner and threw a late lob that he was still able to throw home. So very exciting to have him back."