LOS ANGELES — Warriors coach Steve Kerr is a curious as any NBA observer to see how former league MVP Russell Westbrook blends with incumbent Lakers stars LeBron James and Anthony Davis as part of the latest “Big Three” to chase a championship together in Los Angeles.

Kerr was on the visitors’ bench when the Lakers’ star-studded, veteran trio played together for the first time this preseason on Tuesday night (Wednesday, Manila time), when all three scored in double digits during the first three quarters of a 111-99 loss to Golden State.

“It’s a fascinating combination and all three have been amazing players,” Kerr said. “To see how it all works together I’m sure is something the whole league will be interested in.”

Kerr recalled being a TV analyst when James joined his first “Big Three” in Miami with Dwyane Wade and Chris Bosh in 2010, and how much better Wade and James in particular played together the longer they were teammates. The Heat lost in the finals the first year those three were together before winning championships the next two seasons.

“Generally speaking, this stuff takes time,” Kerr said. “It’s going to look much different at the end of the year than it does now.” 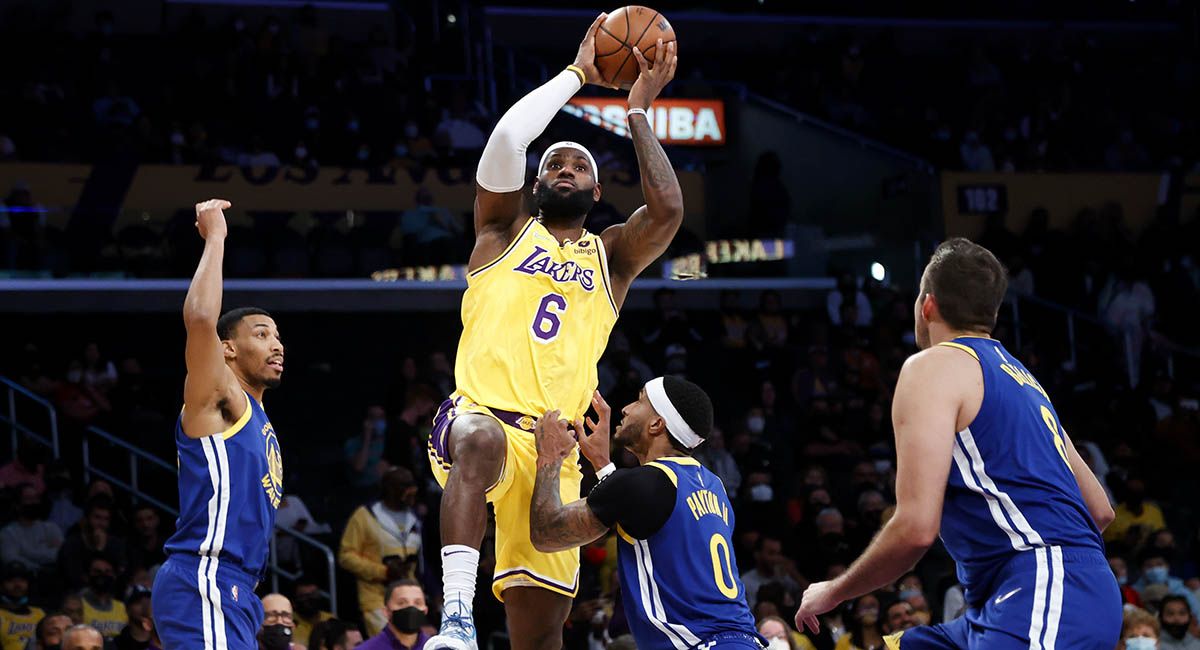 But James and Westbrook also combined for 11 turnovers.

“That’s to be expected early on when guys are learning each other,” Lakers coach Frank Vogel said. “We’re working on getting on the same page with that stuff, but it’s the first time they’re playing together. So, I’m more concerned about getting us connected on the defensive end.”

Westbrook wasn’t ready to forecast how long he expected it to take for him, James and Davis to fully adjust to playing together

“I know that’s a question everybody keeps asking. Nobody has a real answer for that. We’re just going to play just like any other team and then we’ll figure it out. We don’t need to figure it out ... whenever the first game is. We have one goal in mind and that’s to win a championship.

“It’s going to take a minute for us to become the team that we know we’re capable of being. So, it’s all about working the process, being patient with the process, understanding that we’re going to have frustrating moments,” James said.

“Russell’s always been a league-leader in pace, so we want to get up and down, but we want to be smart about it at the same time and not turn the ball over like we’ve been doing. That’s learning each other.”

Kerr gave stars Stephen Curry and Draymond Green the night off, and Klay Thompson still isn’t ready to return from right Achilles surgery. But those Warriors who were in uniform appeared energized by the opportunity to play against and Lakers’ squad running a dress rehearsal featuring most of their veteran stars.

Jordan Poole scored 18 for the Warriors, highlighted by his driving tomahawk dunk late in the third quarter. Damion Lee and Otto Porter Jr. each scored 16 points.

The Warriors and Lakers match up against next Tuesday on the opening night of the regular season.

WASHINGTON (AP) — Malachi Flynn scored 13 of his 22 points in the fourth quarter and the Toronto Raptors closed out their preseason with a 113-108 victory over the Washington Wizards on Tuesday night.

Sam Dekker scored 12 of his 18 points in the final period to help the Raptors (3-2) erase an eight-point deficit during the final 12 minutes.

Kyle Kuzma hit six of eight 3-pointers he shot and finished with a team-high 24 points in just less than 30 minutes for the Wizards (0-3), who close out their preseason on Friday at New York.

Montrezl Harrell scored 17 and Kantavious Caldwell-Pope scored 15 for Washington, which led by as many as 14 points after Deni Avdija’s 3 late in the third quarter.