INDIANAPOLIS — Kyrie Irving scored 22 points and sparked Brooklyn to a big rally in the second half of his season debut, Kevin Durant had 39 and the Nets beat the Indiana Pacers, 129-121, on Wednesday night (Thursday, Manila time).

Irving is ineligible to play home games because he is not vaccinated as mandated in New York City, and the Nets had decided against allowing him to just play road games for most of the season.

But they changed their mind last month and were glad they did Wednesday, when Irving helped them charge back from a 19-point deficit. The point guard played 32 minutes as Brooklyn snapped a three-game losing streak.

Domantas Sabonis had 32 points, 12 rebounds and 10 assists for the Pacers, who have lost in six in a row. Lance Stephenson, who had two previous stints with the Pacers, scored 30 in his first home game with the Pacers after signing a 10-day contract.

Stephenson delighted the home crowd by scoring the final 20 points for the Pacers in the first quarter as Indiana took a 37-32 lead. He hit 8 of 9 shots, 4 of 5 3-pointers in that 6-plus minute stretch.

The 20 points were a record for any Pacers player in the first quarter. It was also the most points in the opening quarter for a player coming off the bench.

Patty Mills sank a 3-pointer to put Brooklyn ahead for good at 107-106 with 7:23 left. Irving followed with two consecutive baskets to push the lead to 111-106 and Indiana never recovered. 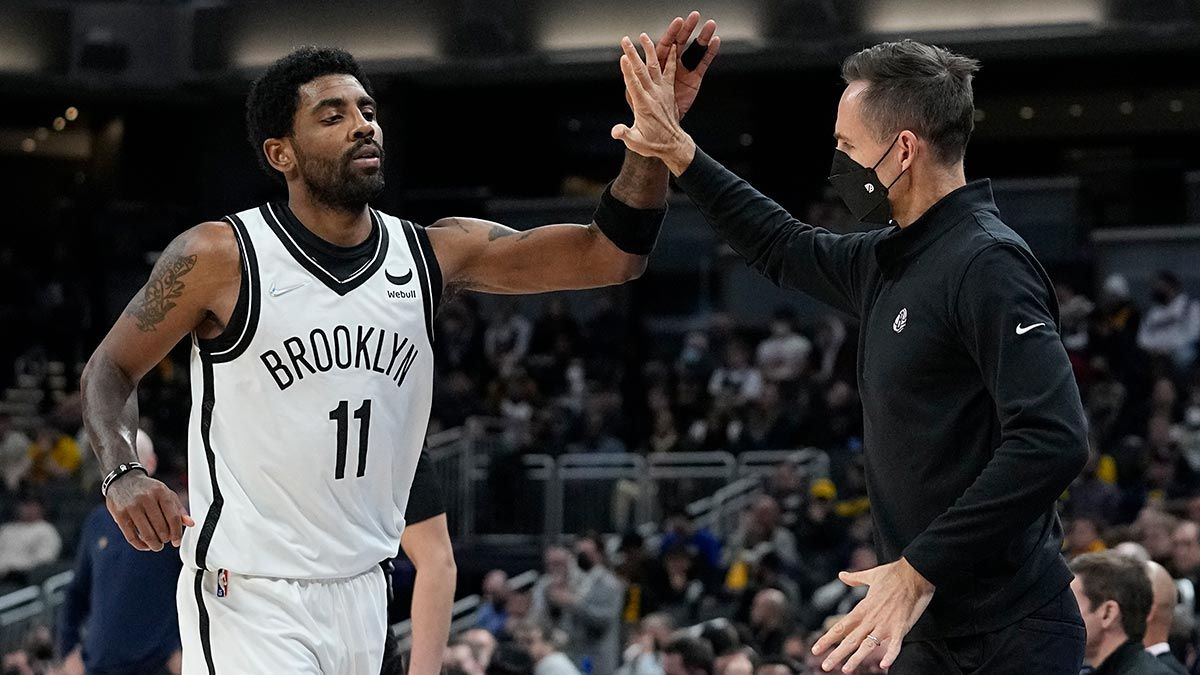 Nets: LaMarcus Aldridge, who has said he is still recovering his condition from his COVID-19 bout, scored 13 points in 16 minutes. He had missed the last game after returning to play two games following his COVID-19 bout.

Pacers: Malcolm Brogdon, Chris Duarte and Jeremy Lamb have been cleared to play from health and safety protocols but held out for return to competition conditioning. … Caris LeVert, Kelan Martin, Isaiah Jackson and Goga Bitadze were sidelined by the COVID-19 protocols. … Torrey Craig was out with a right groin injury suffered in Tuesday night's loss at New York.