Kyrie Irving back in action, Nets back on track with win over Pistons

Irving didn't play Sunday at New York after learning of Kobe Bryant's death, and Dinwiddie, a Los Angeles native, was in tears after the game talking about what the Lakers star meant to him.

Dinwiddie changed his number from No. 8, one of the numbers Bryant wore, to No. 26 on Tuesday.

Irving was friends with Bryant and appeared to be in tears during a pregame tribute to the superstar, when Bryant's numbers 8 and 24 were lit up on the court and on the overhead video screen that showed the longtime Lakers star's highlights.

The Nets left two seats open with flowers on them at Barclays Center in honor of Bryant and his 13-year-old daughter Gianna, who were among the nine people killed in a helicopter crash Sunday. The pair sat in those seats near Brooklyn's bench for a Dec. 21 game against Atlanta. Gianna was a fan of the Hawks' Trae Young. 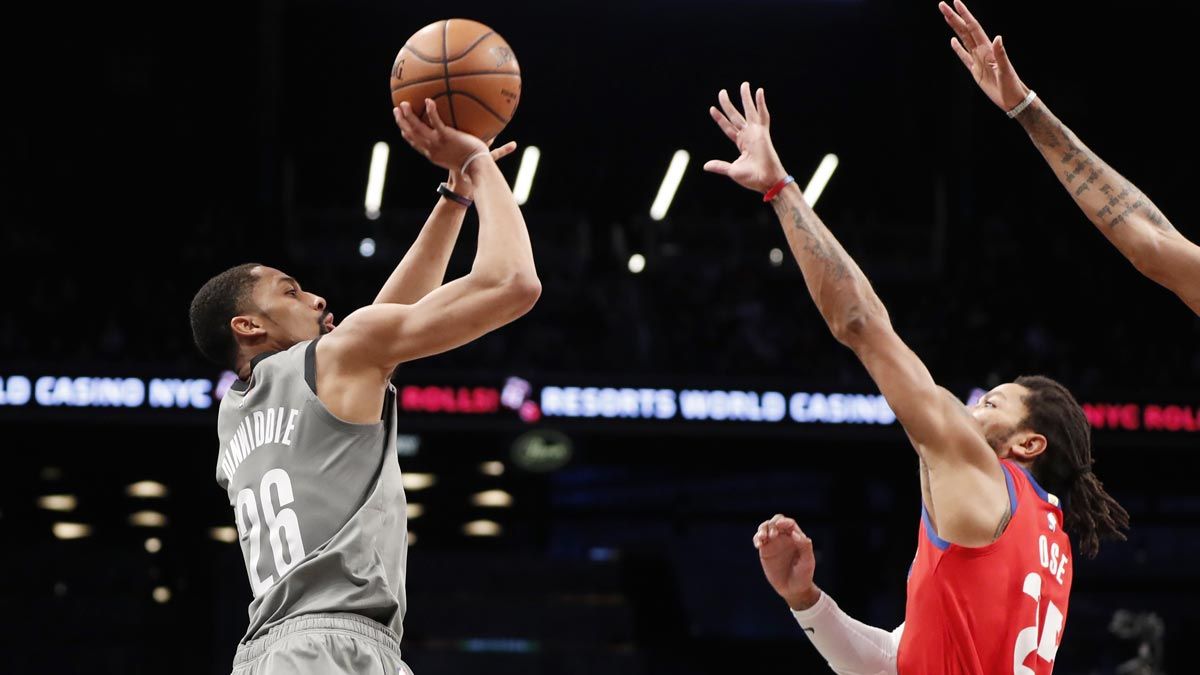 Reggie Jackson scored 23 points during one the best games of his injury-plagued season and Derrick Rose had 22 for the Pistons, who have lost four straight.

Dinwiddie had two 3-pointers and a couple other baskets during a 12-4 spurt early in the fourth quarter, turning a four-point lead into a 111-97 Brooklyn advantage.

Taurean Prince scored 22 points for the Nets, who won for just the second time in eight games, both against the Pistons. They won at Detroit in overtime Saturday behind 45 points from Irving.

The Nets raced to a 16-4 lead in less than five minutes, but Detroit cut it to 32-30 by the end of the first quarter. Jackson scored 14 points in the second and Dinwiddie had 12 as Brooklyn took a 70-68 lead to the half, tying its season high for points. 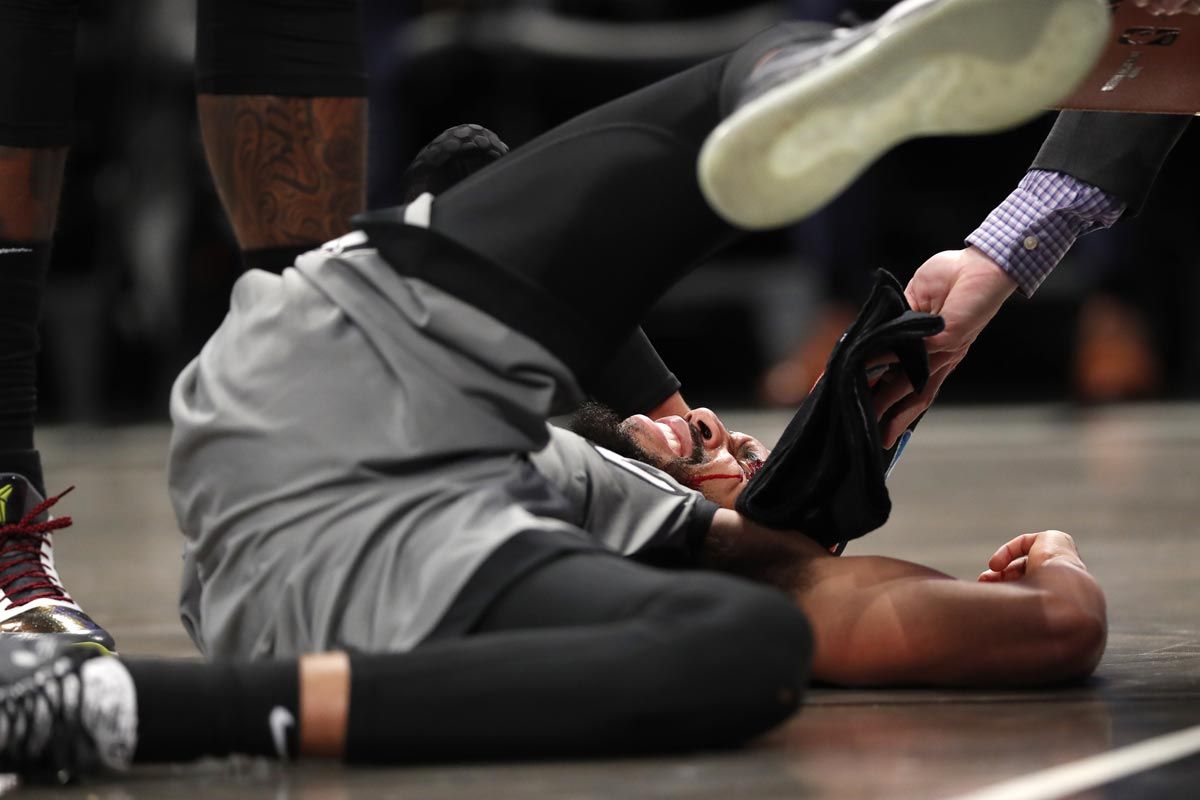 Pistons: Rose, who missed Detroit's last game with knee soreness, had his 13th straight game with 20 or more points. ... Tony Snell returned after a three-game absence with an illness to score six points.

Nets: Starting guard Garrett Temple had to leave in the first half to get stitches above his left eye. ... The Nets hosted Chinese cultural night, with their starting lineup announced in Chinese. Brooklyn players wore red shooting shirts before the game with the name Bryant on the back.

The game featured two of the players who have changed uniform numbers that Bryant wore. Besides Dinwiddie, Detroit's Markieff Morris swapped No. 8 for No. 88. Neither team has a No. 24.