Exhausted and on the brink, the reigning NBA champions rose to the moment.

Next up: Game Seven, for a spot in the Eastern Conference finals against Miami.

OG Anunoby — the hero of Game Three with a buzzer-beating 3 — put the Raptors ahead to stay with a 3-pointer with just under a minute left in double overtime, Kyle Lowry got an acrobatic jumper to fall with 11.7 seconds left and the Raptors beat the Boston Celtics 125-122, in Game Six on Wednesday night.

"Game 7 to go to the Eastern Conference finals," Toronto guard Fred VanVleet said. "All you can ask for is a chance."

Lowry scored 33 points in 53 minutes for Toronto. Norman Powell had 23, including a three-point play with about 39 seconds left and a pair of free throws to help finish it off. VanVleet scored 21 points for the Raptors, and Anunoby had 13 points and 13 rebounds.

Lowry was on his back, laying on the court, breathing fairly heavily and with his fists thrown high in the air when Powell had the three-point play.

That's about when he realized the Raptors weren't flying home Thursday.

Jaylen Brown had 31 points and 16 rebounds for the Celtics, who had their starters on the floor — without a single sub — for the final 22-plus minutes.

Jayson Tatum had 29 points, 14 rebounds and nine assists. Marcus Smart had 23 points, 11 rebounds and 10 assists, and missed a 3-pointer that would have tied it with about 3 seconds left in the second extra session.

"We had a lot of opportunities down the stretch and we didn't take care of the all as good as we needed to," Brown said. "That's fine. We're heading into a Game 7. We feel good about ourselves."

It was the first time that a team went multiple overtimes and won to stave off elimination in a best-of-seven series since April 30, 2009 — when Chicago forced Game 7 by beating Boston 128-127 in triple OT. The Celtics went on to win Game Seven. 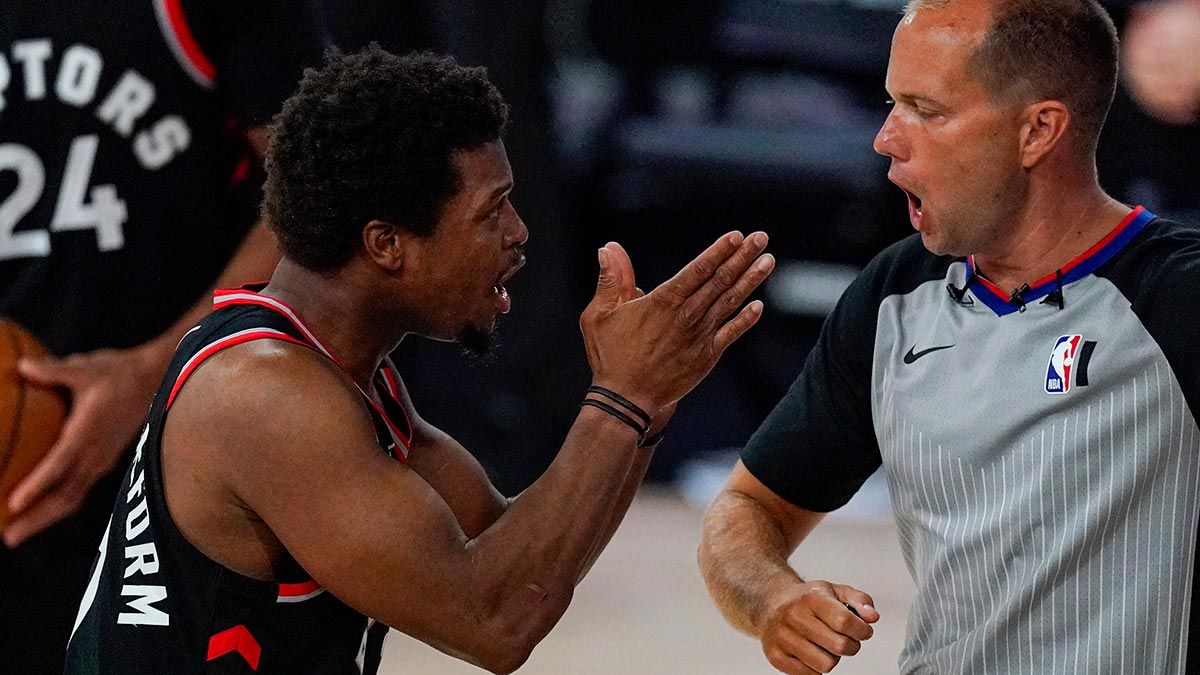 Daniel Theis had 18 points for the Celtics. Theis played 47 minutes — the other four Boston starters, Tatum, Smart, Brown and Kemba Walker (who was held to five points, in large part because of the box-and-one that Toronto used at times), all logged at least 50. And tempers flared when it was over, everyone getting a few extra words in before Game Seven on Friday.

Boston led 52-48 at the break, after both teams had no shortage of offensive struggles in the opening half. Toronto started 9 for 32 from the floor, then finished the half on a 9-for-15 spurt to build some momentum.

It carried over, with the Raptors taking their first lead of the second half on a six-point possession from VanVleet.

He was flagrantly fouled when Smart closed out too aggressively as he tried to land on a 3-point try, made all three foul shots, then connected on a 3 when the possession continued. He then got another 3 on the next Toronto trip down the floor, giving him a personal 9-0 run that took all of 38 seconds, and the Raptors were suddenly up 67-62.

With that, it became a chess match. The Raptors didn't score a single point in the final 4:24 of regulation. Boston led by three in the first overtime, four after back-to-back baskets to open the second OT — but couldn't finish the champs off.

"We'll look at what we can clean up," Stevens said. "Throw some ice on your legs and get ready for Friday." 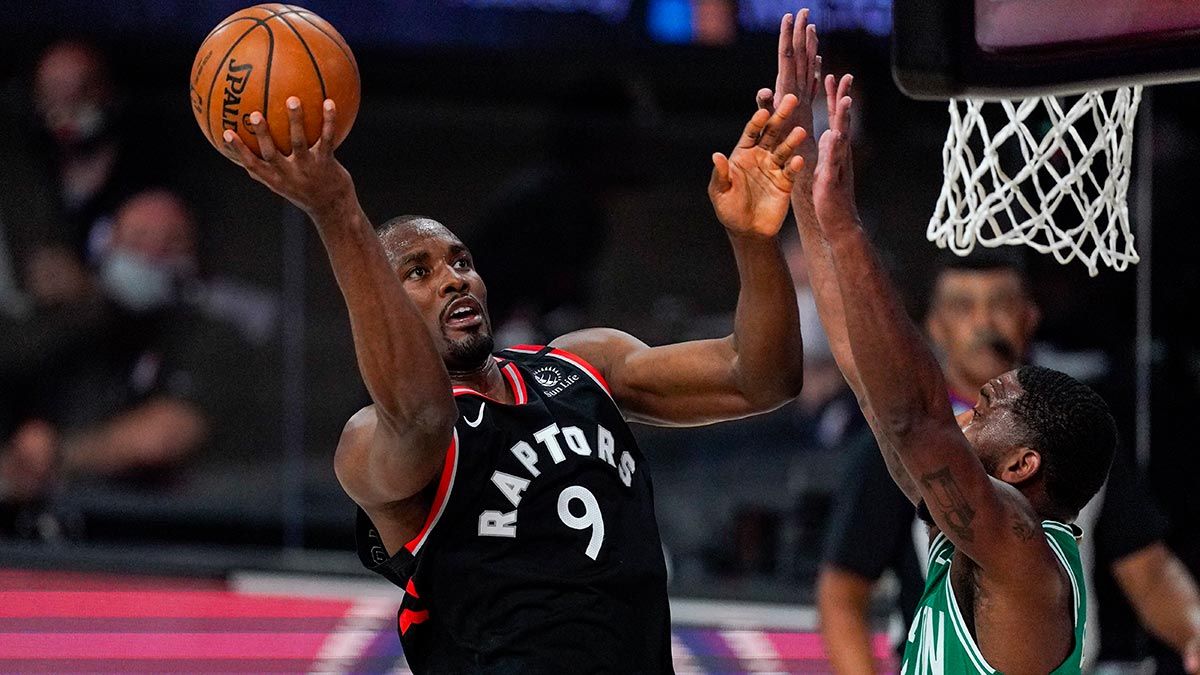 Raptors: Lowry played the entire second half again, the third time that happened in the last four games. He needed three stitches postgame to close a cut after he got struck in the second quarter. ... The Raptors, even with everyone logging big minutes, shot 6 for 7 in the second OT.

Technically, home and road classifications still apply for record-keeping purposes in the bubble — so now, both teams are 0-3 "at home" in the series. Game 7 will be considered a Toronto home game.

Game Seven is on Friday.