Kyle Kuzma flirts with triple-double as Wizards down Magic

WASHINGTON — Kyle Kuzma had 19 points, 10 rebounds and nine assists and the Washington Wizards scored the game's first nine points in a 112-106 victory over the Orlando Magic on Wednesday night (Thursday, Manila time).

Washington has won three in a row, and the Wizards won for a second consecutive night without star guard Bradley Beal, who was out because of health and safety protocols. This is Washington's first three-game winning streak since winning five in a row to cap a 10-3 start.

Kuzma wasn't the only player to fall an assist shy of a triple-double. Cole Anthony had 19 points, 11 rebounds and nine assists for the Magic, who have lost 10 in a row.

A night after outlasting Oklahoma City in a back-and-forth affair, the Wizards led wire to wire against last-place Orlando. Rookie Corey Kispert made a layup and a 3-pointer during Washington's early nine-point run.

The Wizards shot 68% from the field in the first quarter and led 33-16. Thomas Bryant pushed the lead to 20 with a 3 early in the second.

The lead was just five in the fourth before a dunk and a layup by Montrezl Harrell made it 103-94. 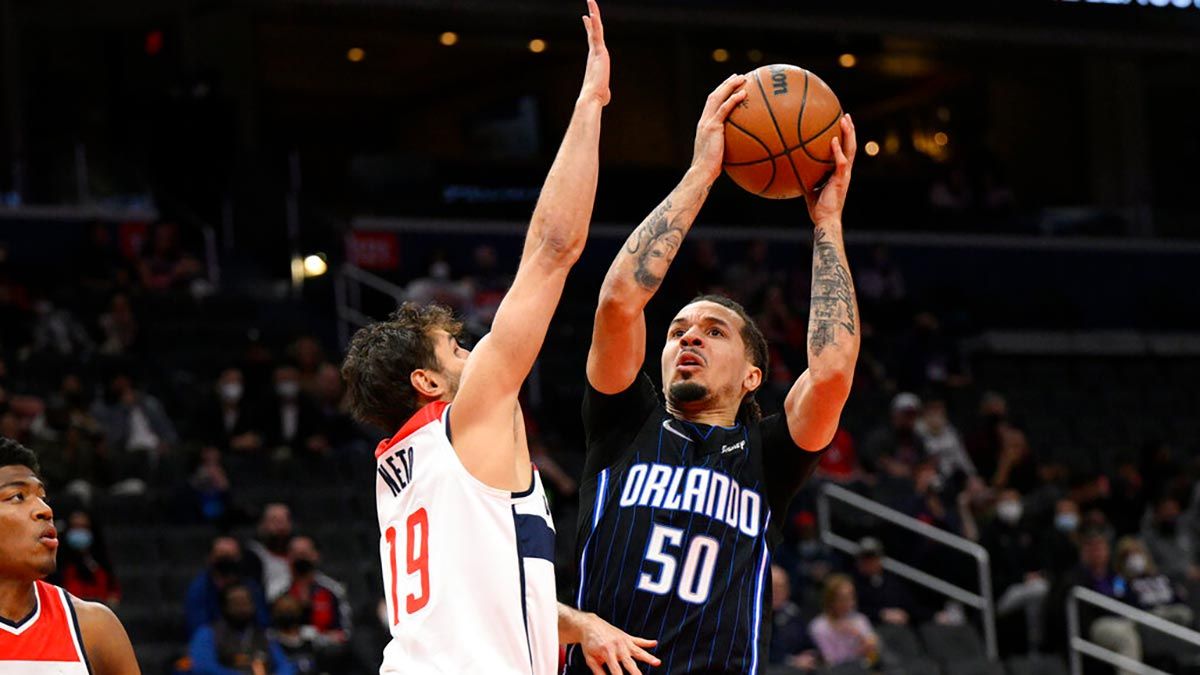 Cole Anthony also has a near triple double. PHOTO: AP

Washington coach Wes Unseld Jr. didn't have much to say about a report of an altercation between Kentavious Caldwell-Pope and Harrell on the way to the locker room at halftime of the previous night's game. The Athletic, citing unidentified sources, reported the two needed to be separated by teammates.

"I think it happens every now and then, but it's not anything worth commenting on or making a big deal of," Unseld said. "Guys are competitive."

Magic: Terrence Ross scored 17 points. It was another big game after he scored 20 consecutive points for Orlando in the second half of Sunday's loss to the Wizards.

Wizards: This was the second game of an eight-game homestand. ... Bryant played for the first time this season after recovering from an ACL injury.