Joel Embiid didn't come out after halftime due to a stiff neck. He finished with 10 points and 10 rebounds in 16 minutes for the 76ers, who improved to an NBA-best 23-2 at home.

The 76ers were glad to be back in Philadelphia after a dismal four-game road trip that saw them get outscored by 73 total points while allowing an average of 123 points per contest in defeats to Atlanta, Boston, Miami and Milwaukee. Those losses dropped the 76ers' road record to 9-19. 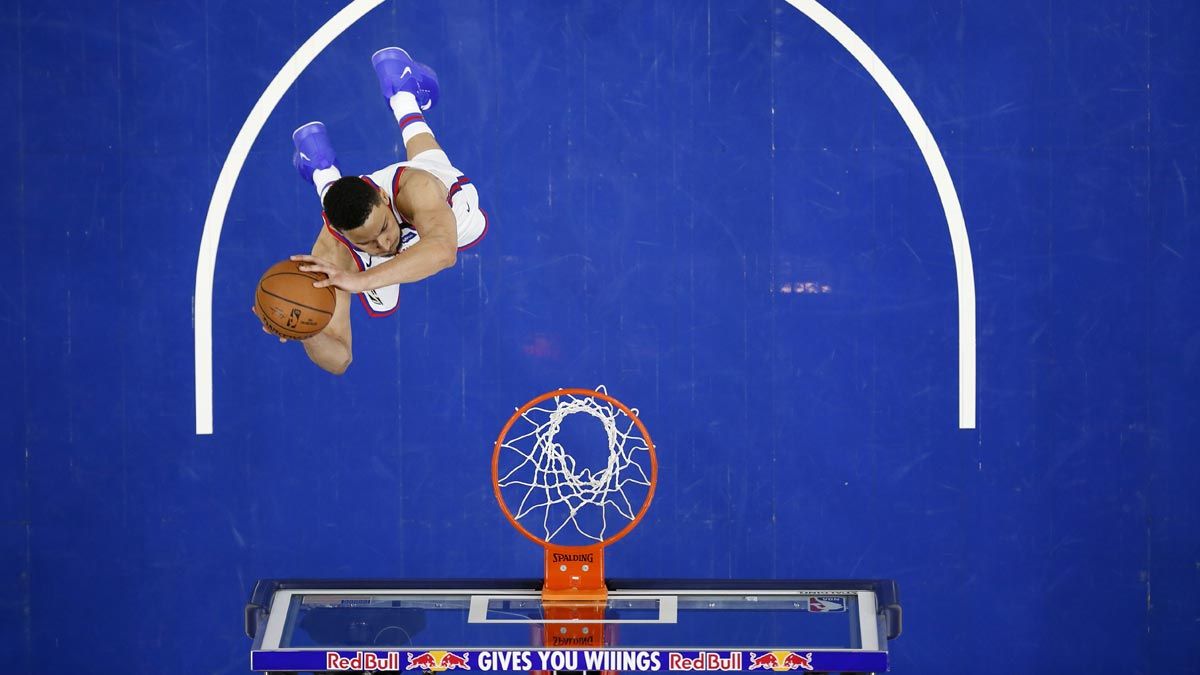 Ja Morant had 15 points to pace Memphis, which lost for just the fourth time in 17 games. The Grizzlies, who last made the playoffs in 2017, entered 3½ games ahead of Portland for the final postseason berth in the Western Conference.

Getting to the playoffs was considered an afterthought for the 76ers, who began the season as title contenders. But Philadelphia was the No. 6 seed if the playoffs started Friday.

The 76ers were out of sync offensively during their skid, and coach Brett Brown has been trying to mesh All-Stars Simmons and Embiid without success of late.

"It's a good problem to have – if it's a problem," 76ers GM Elton Brand said prior to the game.

Brand made some moves this week to help Brown.

Philadelphia acquired some outside shooting and bench production with the additions of Glenn Robinson III and Alec Burks from Golden State for three second-round picks. Neither was available for Friday's game, and their first appearance could come in Sunday's home contest against Chicago.

Robinson and Burks were added for their outside shooting, something Korkmaz provided in a strong first half for Philadelphia.

Korkmaz had 20 points while making 8 of 9 shots, including 4 of 5 3-pointers, to help the 76ers take a 58-44 lead at the break. Simmons added 16 points and helped Philadelphia pull away late in the second quarter with five points in the final 40.9 seconds, including a pair of free throws after getting fouled following a steal of an unsuspecting Morant at midcourt.

Even without Embiid, it was all 76ers after the intermission.

Simmons fed Matisse Thybulle for a dunk that gave Philadelphia its largest lead to that point, 74-51 with 7:28 left in the third quarter. And then Simmons stripped Kyle Anderson following a timeout, finishing with a two-handed jam that put Philadelphia up 25 points.

The lead eventually grew to 33 points. 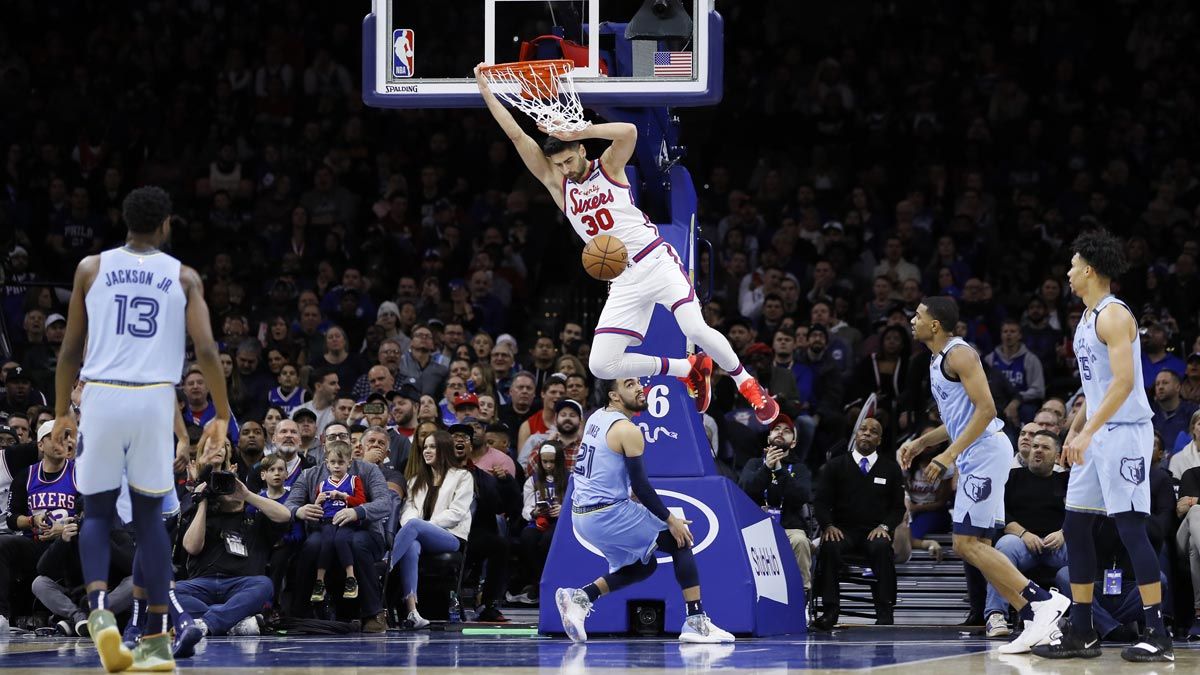 The Grizzlies also were without their newly acquired players.

Neither Jordan Bell, Justise Winslow, Gorgui Deng nor Dion Waiters suited up. Coach Taylor Jenkins said prior to the game he is looking forward to getting the new players into the fold.

"They're just going to enhance what we're building here," he said. "I'm very excited about the new guys coming in. I'm excited to get them in the fold and get them up to speed in what we're doing."

Brand gave his support to Brown prior to the contest.

"I believe in Brett's ability to lead this team," Brand said.

Brown has come under fire of late for the 76ers' struggles, particularly on the road.

Grizzlies: Grayson Allen (hip) missed his seventh straight contest. … Jenkins, a Penn graduate, stopped by his alma mater to talk to a student group and visited his favorite cheesesteak spot.

76ers: Josh Richardson returned to the court after sitting out five games due to a hamstring injury. He had four points in 15 minutes. … Philadelphia waived Jonah Bolden and signed Norvel Pelle. Pelle played in 14 games this season. He scored five points.

Grizzlies: At Washington on Sunday.