NEW YORK — Julius Randle recorded his third triple-double of the season with 18 points, 17 assists and 10 rebounds to lead the New York Knicks to a 94-93 victory over the Orlando Magic on Thursday night (Friday, Manila time).

Evan Fournier scored 23 points but turned the ball over on Orlando’s final possession as the Magic dropped their ninth straight.

It was also the ninth triple-double of Randle’s seven-year NBA career.

Alec Burks scored 21 points for the Knicks, who improved to 21-21. Reggie Bullock added 20. RJ Barrett chipped in with 17 and Frank Ntilikina finished with 13. 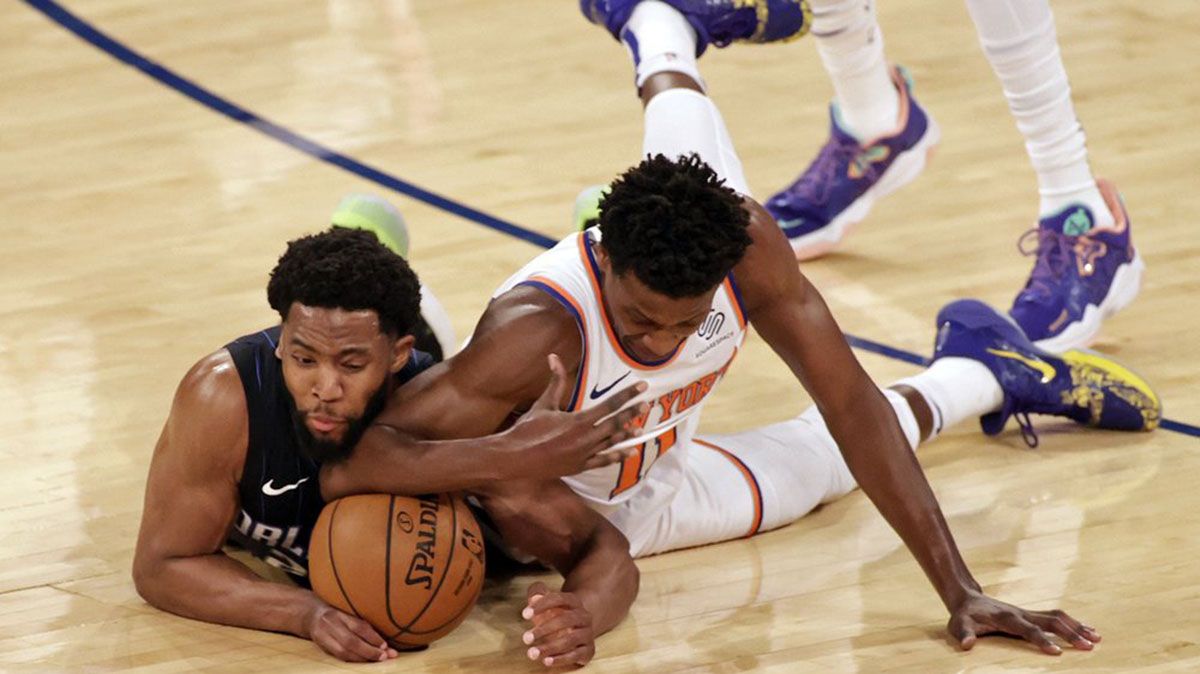 Frank Ntilikina battles for a loose ball against Chasson Randle.

Nikola Vucevic and Aaron Gordon each had 17 for Orlando.

New York had lost consecutive games to Brooklyn and Philadelphia, the top teams in the Eastern Conference, and four out of its last six overall.

Which meant all of the ingredients were inside Madison Square Garden for a taut, back-and-forth game. New York had a 69-54 lead after Randle’s layup with 3:03 left in the third quarter, and appeared poised to put away the game. However, Orlando went on a 21-5 run spanning the remainder of third and the first 2:06 of the fourth to take a 75-74 lead on Fournier’s 3.

The Knicks regained the lead at 80-75 after Bullock and Burks made 3s on consecutive possessions. The advantage lasted a little more than a minute as the Magic used an 10-0 run to go up by five.

But Randle and the Knicks defense would put an end to New York’s slide. The All-Star forward either assisted on or scored eight of New York’s nine points in the final 5:38.

Magic: Coach Steve Clifford praised the way his players have managed what has been a trying campaign. “Our guys are handling this well,” Clifford said. “I think right now we’d be on track to have the most (player) games missed to injury (by) any team since 2004. ... We come into practice (Wednesday) and (Michael Carter-Williams) can’t practice and (Terrence Ross) limps off; you can see it on guys’ faces because we have taken way more than our share of bad luck over the last few months. But they’ve hung in there. The effort has been good.”

Knicks: Coach Tom Thibodeau did not publicly lobby for any additions to a roster that has earned trust before next week’s trade deadline. “This is the time of the year every team is talking to every team,” Thibodeau said. “If (management) feels can help our team, I’m sure they’ll take a hard look at it. I love the guys that we have, so that’s all I focus in on. Whoever’s here, that’s what we’re working with. And if something’s good for us and they make a move, that’s great, too.”