NEW YORK — Tom Thibodeau got the New York Knicks back to the playoffs, guiding the team to its second-best record in 20 years.

And in the eyes of the voters, that coaching job was the best in the NBA.

Thibodeau was revealed on Monday (Tuesday, Manila time) as the NBA's Coach of the Year for 2020-21, as determined by a global panel of 100 sportswriters and broadcasters who cover the league. The Knicks went 41-31 this season, then fell to Atlanta in five games in the first round of the playoffs.

"Anytime you get an award like this, I'm obviously honored," Thibodeau said on the telecast announcing the results. "But it's more a reflection of our group and our organization."

It was Thibodeau's second time winning the award; he also got it in 2011, his first season with the Chicago Bulls. And another first-year turnaround in New York merited him the trophy for a second time.

Utah's Quin Snyder was third and got 10 of the remaining 12 first-place votes. Philadelphia's Doc Rivers was fourth, getting the other two first-place votes. Atlanta's Nate McMillan was fifth, Brooklyn's Steve Nash was sixth and Denver's Michael Malone was seventh.

The Knicks were 41-31 this season, and that winning percentage of .569 is the eighth-lowest for any coach of the year winner since the award was first given out in 1963. But the job Thibodeau did in his first New York season was outstanding by any measure, guiding the Knicks to their first playoff berth since 2013 and their second-best record in the last 20 years.

On the TNT broadcast announcing the award, Thibodeau spoke of how he grew up a fan of the Knicks in the era that included Willis Reed and Walt Frazier, how his coaching style was influenced in part by others with deep ties to the Knicks — like Rivers and Jeff Van Gundy — and how the players on this New York team like Derrick Rose merited much credit as well. Rose was with Thibodeau when he won the award in Chicago a decade ago.

"There were so many people that helped me along the way," Thibodeau said. "I've probably been the luckiest guy in the world."

It's the second major award for the Knicks this season, after Julius Randle won most improved player. Also previously announced was Utah's Jordan Clarkson winning sixth man of the year. 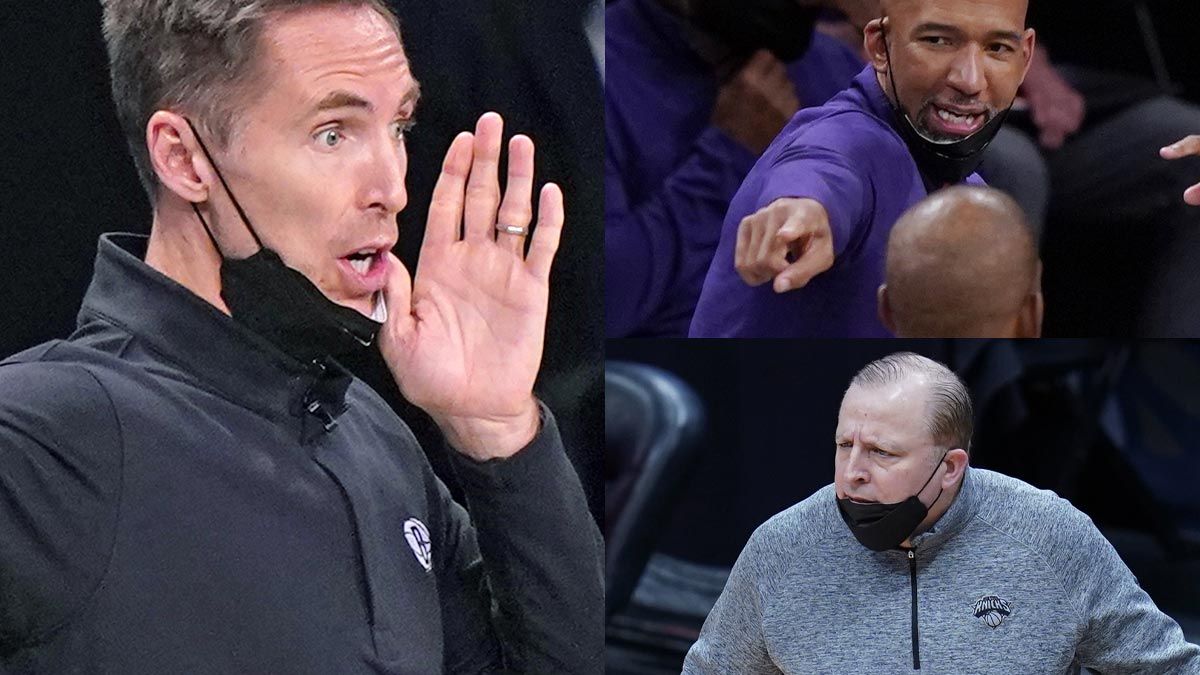 Thibodeau's win continues a bit of an odd trend. Out of the last 49 seasons, there have been only three instances of the coach of the year also winning the NBA title that same season — Phil Jackson did it with Chicago in 1996, and Gregg Popovich did it with San Antonio in 2003 and 2014.