The Knicks trailed by nine after one quarter with the Thunder shooting 70.6 percent from the floor, but they outscored the Thunder 97-66 over the final 36 minutes.

The Knicks overcame the deficit by forcing 18 turnovers while committing just 10 of their own. New York also outrebounded Oklahoma City 45-40 and grabbed seven more offensive boards than the Thunder.

"Obviously, we started the game slowly," Knicks coach Tom Thibodeau said. "That was a big concern, particularly with the early start. But we responded well after that, and I thought we played strong in the second half. I thought our willingness to share the ball, once we got our defense going, it got us into the open floor and we were able to get some good scoring opportunities."

The Knicks were coming off their worst defensive performance of the season, a 134-101 loss to the Milwaukee Bucks on Thursday. Following a challenging opening quarter, the Knicks held the Thunder to just 42.4% from the floor in the last three periods.

"In Milwaukee, we weren't really us," Barrett said. "We didn't feel like we played as hard as we could. Today, we just tried to show who we are. Just be tough on both ends of the floor."

The Thunder couldn't sustain their pace though, and the Knicks took command in the second quarter, outscoring Oklahoma City 34-23 to take a two-point lead into halftime.

Oklahoma City briefly retook the lead at the start of the third quarter, but it wouldn't last. Barrett knocked down a 3-pointer with 10:19 left in the quarter and the Knicks led the rest of the way. 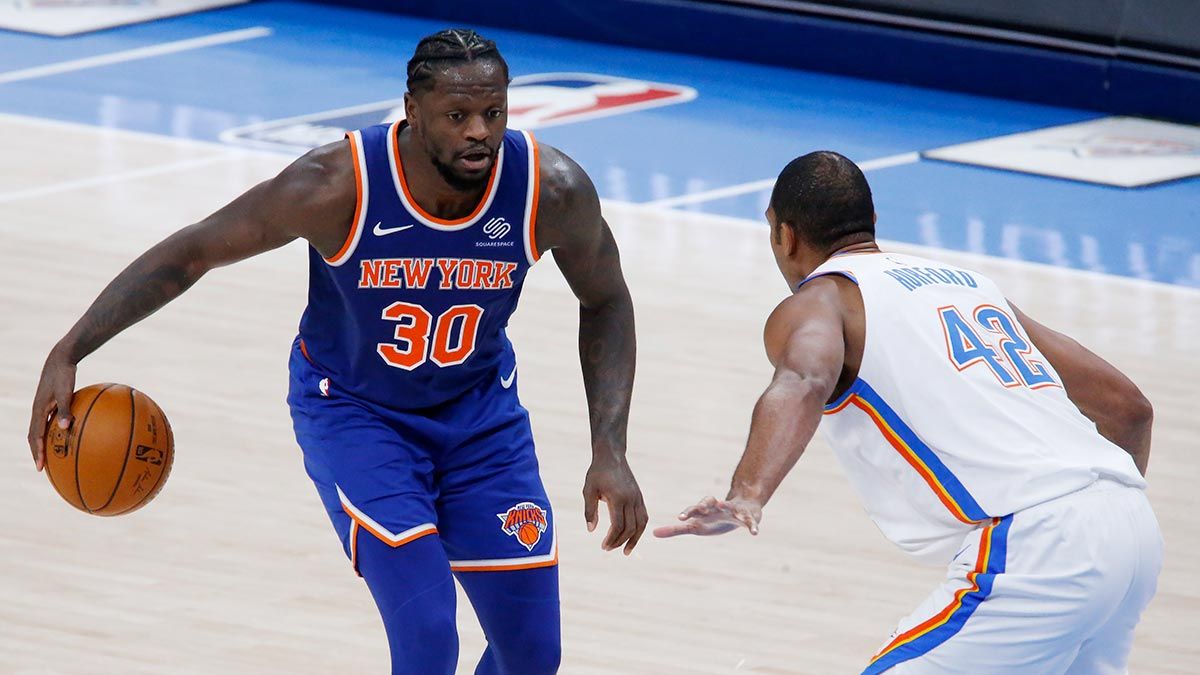 Randle, who posted 26 points, 12 rebounds and 12 assists, became the first Knick to post two triple-doubles in the same season since Mark Jackson in the 1988-89 season.

When asked about the accomplishment, Thibodeau was admittedly surprised it had been that long since a Knick notched two triple-doubles in the same season, but he complimented the first-time All-Star's play in his seventh NBA season.

"Julius had a monster game," Thibodeau said. "To score the way he did, the assists, the all-around play, I think that's what leaders do. This season, the numbers speak for themselves, but his impact on winning is huge. His leadership has been terrific."

Oklahoma City's 7-foot-2 center, Moses Brown, played a career-high 27 minutes off the bench and frequently drew attention from the Knicks' defense in the low post

"It's only his second real game of NBA minutes, and he continues to be pretty productive and a factor," Thunder coach Mark Daigneault said. "It was interesting to see the amount of bodies that they committed to him on the offensive end."

Brown nearly posted a double-double with nine points and nine rebounds in just his second game since he was called up from his G-League assignment with the Oklahoma City Blue. 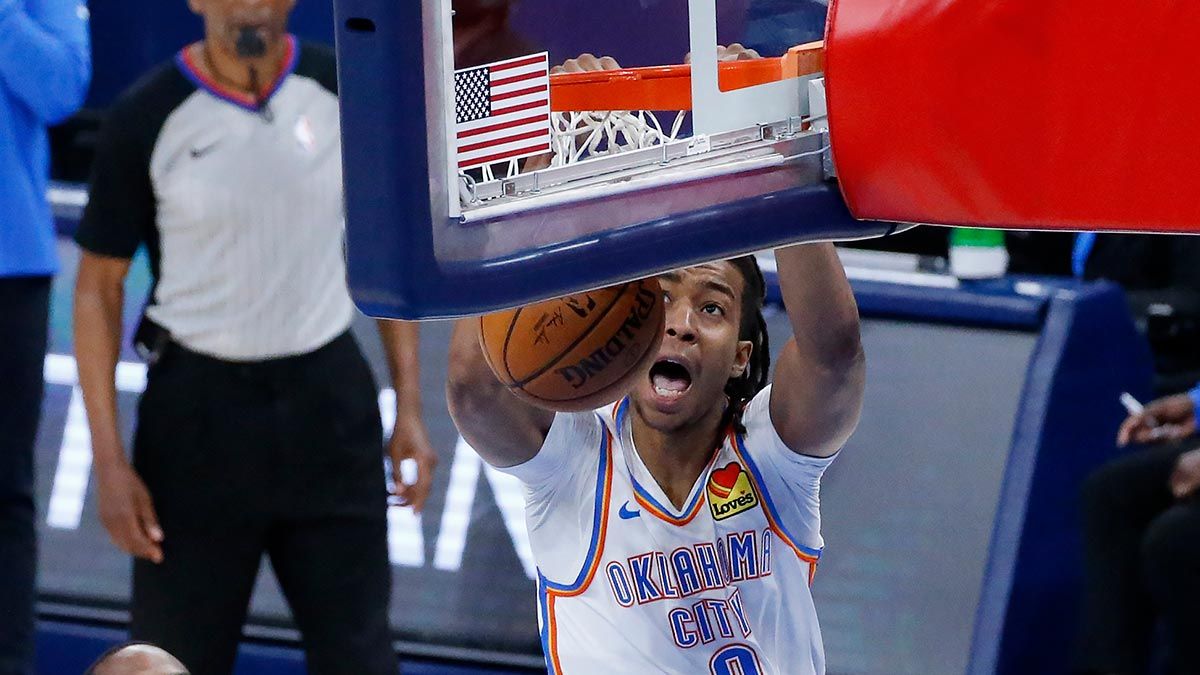 Thunder: Isaiah Roby returned to the team's starting five. He finished with 10 points on 5-of-8 shooting. … The Thunder move to 2-7 in the first game of a back-to-back and 11-18 when their opponent scores more than 100 points.

Knicks: Nerlens Noel received a warm welcome from the Thunder public address when starters were announced Saturday afternoon. Noel, who played for Oklahoma City the past two seasons, posted eight rebounds and two points. … Elfrid Payton (hamstring), Austin Rivers (personal) and Derrick Rose (COVID-19 health protocols) were unavailable. … Frank Ntilikina started for the second time this season. He had one assist and no points in seven minutes.