Quentin Grimes added 19 points and RJ Barrett had 18 as New York extended the longest current winning streak in the NBA.

"No one has talked about the streak at all," Brunson said. "Obviously, we tell each other to keep it rolling. But, we're just trying to be the best team we can be and just focus on one day at a time."

"We have a lot of players on this team who are capable of having monster games," Brunson said. "It's not surprising when someone like 'Quick' plays that way or 'Q' having that type of game or even Deuce (McBride) getting double figures. When they do it, it's definitely a plus."

Jordan Poole scored 26 points for the Warriors, who are without Stephen Curry, Andrew Wiggins and other key players. Jonathan Kuminga had 13, while Draymond Green, Klay Thompson and Ty Jerome each had 11. 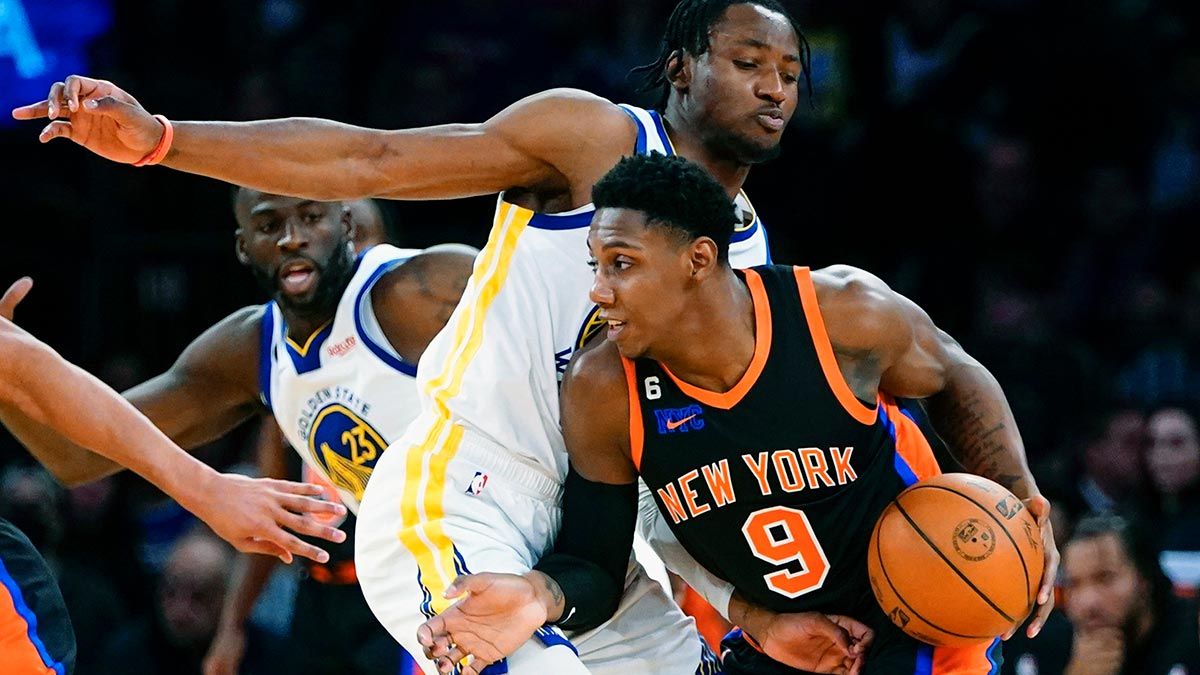 The Knicks scored the first eight points of the game and never trailed. They led 33-25 at the end of the first quarter.

"Winning naturally gains confidence," Randle said. "But, I'm not going to put much into a winning streak or whatever. It's still December."

Robinson's free throws put the Knicks up 88-67 with 5:37 remaining in the third quarter. They again went up by 21 on Quickley's free throws with five seconds left in the quarter.

Quickley shot 6 for 10 after going 3 for 20 in the previous two games.

The Knicks led 100-81 heading into the fourth, and the Warriors never got any closer.

Svi Mykailiuk's free throws with 58 seconds remaining gave New York its biggest lead of the night and were the final points of the contest.

"The Knicks are in a good groove right now. They totally outplayed us," said Warriors coach Steve Kerr. "We sank tonight. We're trying to hang in there and we will. Another game tomorrow."

Warriors: Golden State is now 3-15 in away games this season, 1-8 against the Eastern Conference. … Donte DiVincenzo (illness, unrelated to COVID-19) and JaMychal Green (health and safety protocols) did not play. … Curry became the NBA's career leader in 3-pointers made the last time he played at Madison Square Garden (Dec. 14, 2021). He missed his third straight game (left shoulder injury). … Andre Iguodala has yet to play this season (left hip injury).

Knicks: New York had lost eight straight home games to the Warriors. The Knicks' last victory over Golden State was on Feb. 27, 2013, a 109-105 victory in which Curry's 54 points were his career high. … Obi Toppin has not played since Oct. 10 (fractured right fibula). Coach Tom Thibodeau said he is doing better but was only working in the pool and still not doing anything on the court.

Kevon Looney is the only Warrior to start all 32 games this season. Poole is the other Golden State player to see the floor in all 32 games, but he has only started 13.

Warriors: At the Brooklyn Nets on Wednesday.