ORLANDO, Florida — Julius Randle had 21 points and 10 rebounds, and the New York Knicks improved to 2-0 for the first time since the 2012-13 season, cruising to a 121-96 win over the Orlando Magic on Friday night (Saturday, Manila time).

Evan Fournier added 18 points for the Knicks, who opened the season with a double-overtime win over Boston on Wednesday.

New York had it easier in Orlando's home opener. The Knicks made a franchise-record 24 3-pointers against the rebuilding Magic (0-2), who fell behind by 31 points in the second quarter and were hardly competitive. New York's biggest lead was 34 points.

Rookie Franz Wagner led the Magic with 16 points, making 4 of 5 from 3-point range. Mo Bamba added 15 points and 11 rebounds for Orlando, which shot 41% from the floor. Rookie Jalen Suggs scored 14 points on 4-of-17 shooting.

Fournier, who starred for Orlando from 2014-21 before being traded last spring, made four 3s. 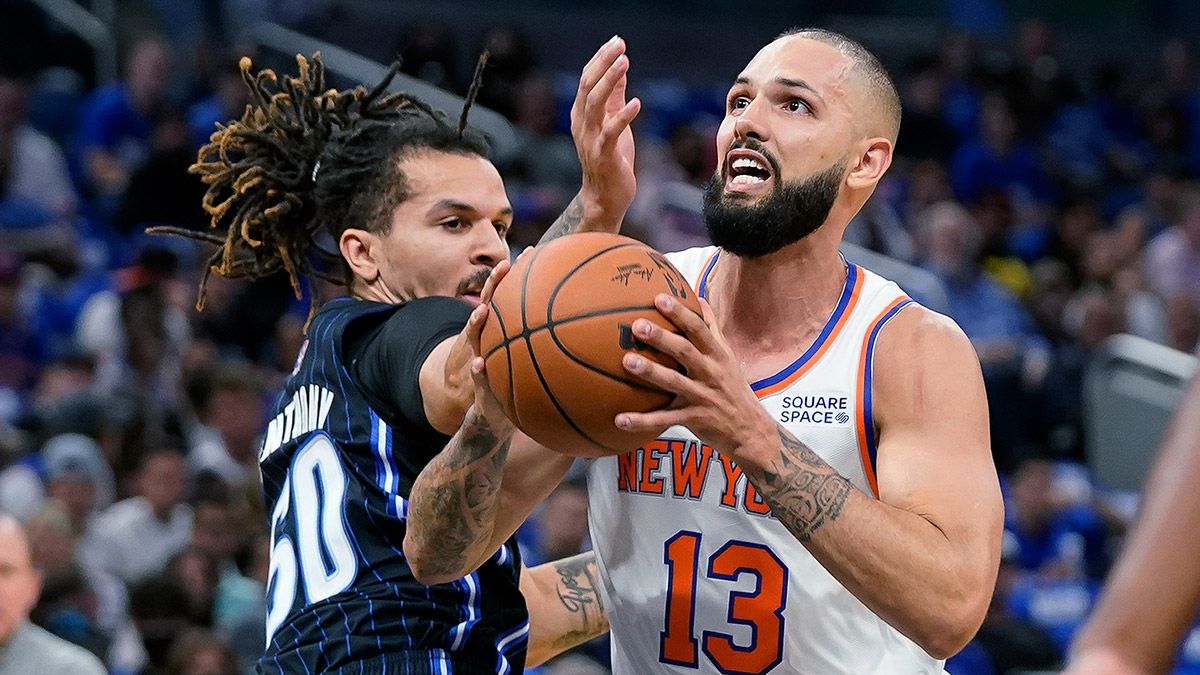 Evan Fournier goes 4 for 9 from beyond the arc.

Randle was hit with a technical foul late in the game when he confronted Orlando's Wendell Carter Jr. following a hard foul.

MCGRADY IN THE HOUSE

Tracy McGrady, a consultant for the Magic, was at the Amway Center for the ceremonial jump ball toss. When asked why he — a recent inductee to the Naismith Basketball Hall of Fame — was left off the NBA's 75 greatest players list, McGrady said, "That's what the whole basketball world wants to know."

Knicks: New York led by 24 before the game was 13 minutes old. ... Coach Tom Thibodeau said center Nerlens Noel, who missed his second straight game with a sore left knee, is "getting close" and he's "moving along, and when he's ready, he'll go." ... Thibodeau said friend and former Magic coach Steve Clifford gave him a solid scouting report on Fournier. "I had known about (Fournier) from the time I spent down here and with the way (Clifford) talked about him. (Fournier) doesn't get rattled and he's not afraid of big moments."

Magic: Cole Anthony, who grew up in New York and whose father, Greg, played for the Knicks from 1991-95, said he had some extra motivation in facing the Knicks. "That's where I'm from, so I want to beat them," he said.