CHICAGO - As the NBA community rolled the virtual red carpet in yesterday's draft, a feeling of sadness hung in the air, a "bummer" as they say in the parlance of our times.

After missing the entire 2019-20 season following a torn ACL on his left knee, Klay Thompson, per multiple reports, has suffered a setback.

Until an MRI is taken on his right leg, no one knows for sure what the malady is but everytime the dreaded phrase "lower leg injury" is mentioned, the hair on the back of your neck stands.

Look, when friends, loved ones, and even strangers flood you with a prayer brigade all over social media, chances are, you're probably suffering from something more serious than mild asthma. And you just beg the heavens that it ain't the big C on the lung.

"It didn't look good," said CBS Sports while a Yahoo! reporter went as far as mentioning the possibility of an Achilles injury.

Whether this turns out to be catastrophic or benign, it's a setback nonetheless and it couldn't have happened to a nicer guy.

I happened to be at the United Center when Thompson exploded for 52 points in a one-sided, 149-124, slaughter of the Chicago Bulls.

He made 14 triples and sank 18-of-29 from the field overall. And he did all that in roughly less than 10 dribbles and just 26 minutes and 33 seconds of playing time.

But more impressive than Klay's feat on-court feat was how he worked the fans off of it. He took selfies and signed several items that will one day become expensive artifacts on ebay.

Really, the only "bad" thing Klay did that Monday night was wear a bright, neon green sweater that gave me vertigo. 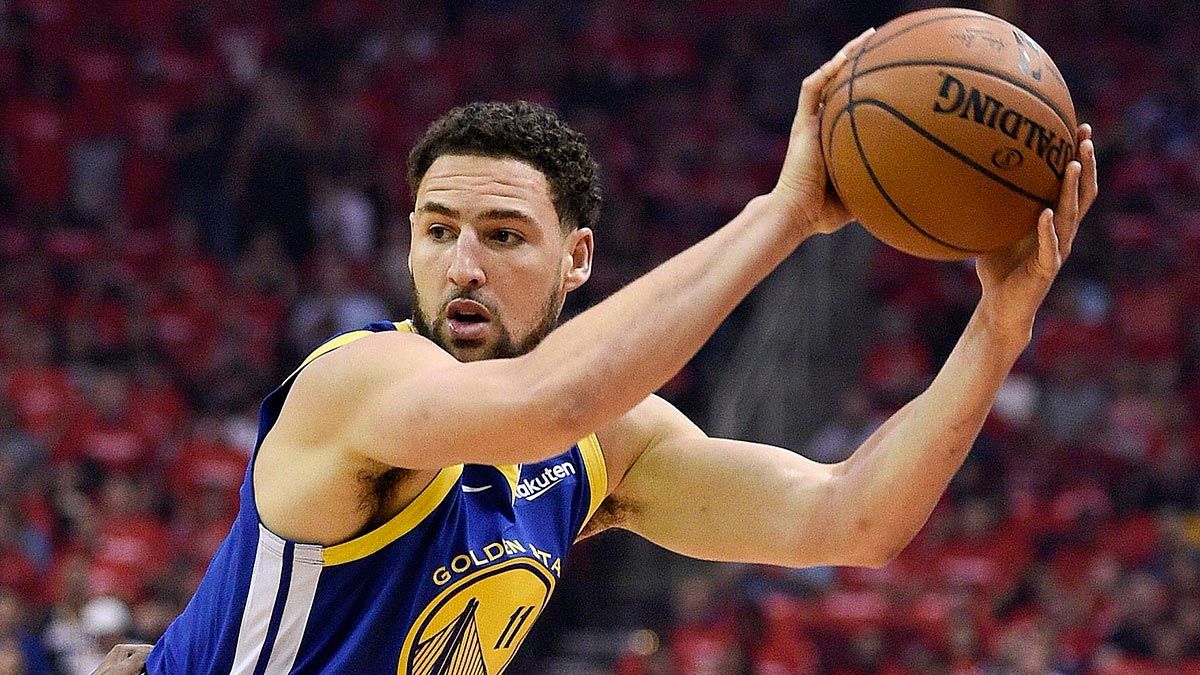 When uncertainty strikes, we are trained to hope for the best while expecting the worst.

Maybe this turns out to be just a mere sprain or a tweak. Then we thank our lucky stars and heave a giant sigh of relief.

But what if it's a, God forbid, a ruptured Achilles.

Well, you belt out a good cry and somehow find solace in the immortal words of Rabbi Harold Kushner.

Happens all the time.

I also feel sorry for the Warriors.

They signed Thompson to a five-year $190 million extension in July 2019. And though Klay hasn't played an NBA game in 17 months, he collects every dime on that deal with insurance eating 80 percent and the team on the hook for the other 20 percent.

But the greater hurt overshadows the dollars.

An Achilles tear is a potential career ender. Some have been known to recover from it but the percentages are dim, kind of like the one president Donald Trump is facing right now. And Klay is no spring chicken, either. He turns 31 this February.

The Warriors still have a lot of talent in place to compete in the league but it's hard to imagine a bright, championship future when the Splash is missing a brother.