Jordan Poole added 31 and Andrew Wiggins had 17 as the Warriors clinched a playoff spot and snapped a four-game losing streak. At 49-29, they hold a one-game lead over the Dallas Mavericks for the third seed in the Western Conference. Utah is tied with Denver for the fifth spot.

Donovan Mitchell and Mike Conley each had 26 for Utah. It was an all-too-familiar storyline for the Jazz, who blew a 25-point lead in a loss to the Los Angeles Clippers on Tuesday. Utah has lost 15 games this season in which it held double-digit leads.

Trailing 103-87 with just under eight minutes remaining in the fourth, the Warriors rattled off an 18-0 run to take a 105-103 lead with 2:10 left. Thompson hit three 3-pointers during the stretch.

The Jazz had a chance to take the lead with 20 seconds remaining but Rudy Gobert threw a pass out of bounds after clearing a rebound. The Warriors put the game away at the free-throw line.

The Jazz led by as many as 21 in the first half and took a 58-45 lead into the locker room. Mitchell had 17 but he had plenty of help, as Utah's bench outscored Golden State's second unit 17-5 over the first two quarters.

Poole scored 19 in the first half for the Warriors, including 14 in the second quarter. 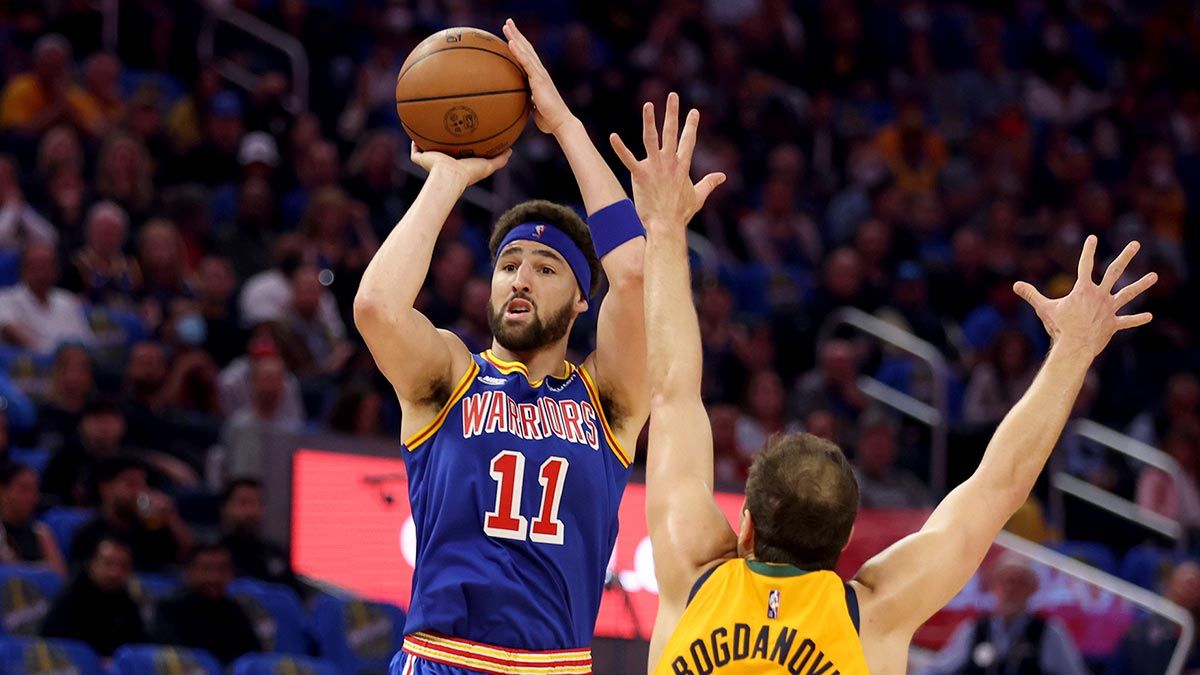 Jazz: Conley scored 9 in the third quarter, which helped stem the tide for the Jazz as the Warriors tried eating into their lead. … Hassan Whiteside entered the game midway through the first quarter, his first action after missing the previous four games with a bone spur fracture in his right foot.

Warriors: Golden State committed 11 first-half turnovers that led to 17 Utah points. … Coach Steve Kerr said forward Andre Iguodala would sit out Sunday's game at Sacramento in an effort to keep the veteran fresh for the playoffs. … The Oakland Tech High School girls basketball team, fresh off a Division III state championship, attended the game and received an ovation during a first-quarter timeout.

Jazz: Host Memphis on Tuesday to begin their final homestand of the season.

Warriors: Play at Sacramento on Sunday, looking to sweep the season series.