Mike Brown determined to build a consistent winner in Sacramento

DURING a break between Golden State's Western Conference finals games against Dallas, then-Warriors top assistant Mike Brown jumped on a plane to San Diego to watch his new star De'Aaron Fox work out and take the Sacramento guard and his family to lunch.

Brown got right back on a plane afterward to rejoin Golden State for playoff preparations.

At last on Tuesday (Wednesday, Manila time), Brown was formally introduced as the Kings' new coach, just one day after celebrating the Warriors' fourth championship in eight years with a victory parade through San Francisco.

"I've been heavily involved," Brown said of getting going with the Kings as the schedule permitted. "I've talked to every single player on multiple occasions."

Sacramento hired the well-traveled Brown in May but he stayed with the Warriors through their postseason run that ended with the franchise's fourth championship in eight years last Thursday night in the clinching Game Six at Boston.

"First of all, I'd like to start out by thanking everyone in Warrior land," Brown said.

The 52-year-old Brown will be tasked with ending the league's longest playoff drought ever at 16 years. He takes over for previous Warriors top assistant Luke Walton, hired by the Kings away from Golden State in 2019 before his firing last November. Alvin Gentry took over on an interim basis before the Kings finished 30-52. 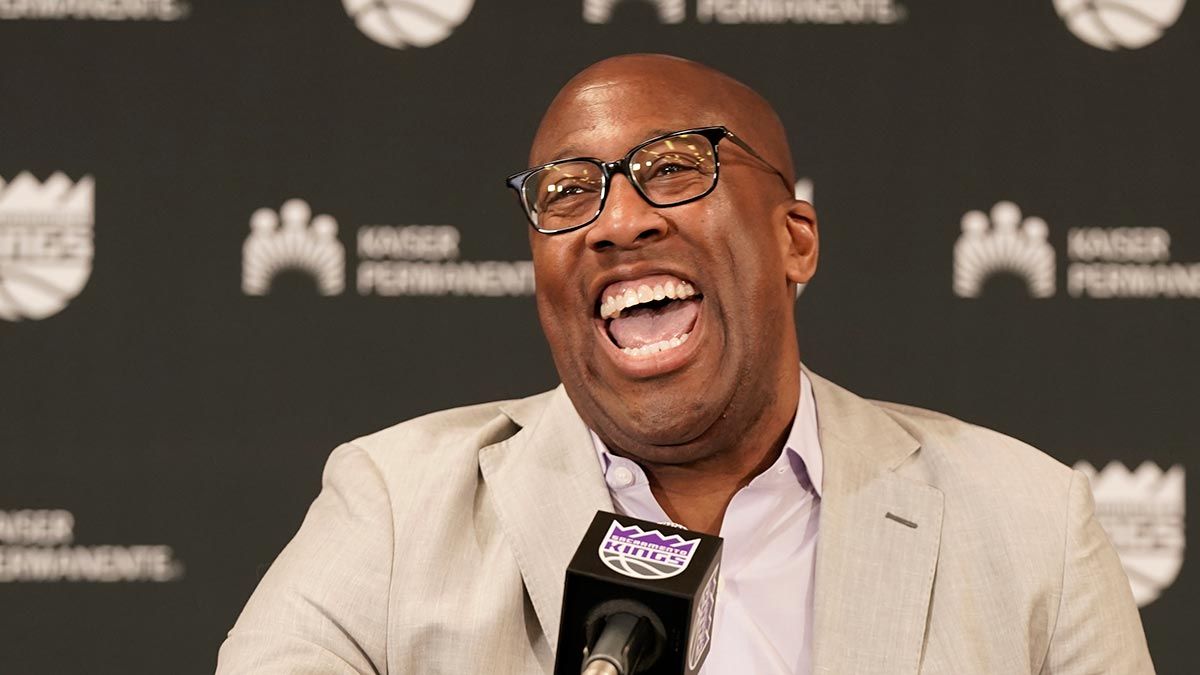 Mike Brown previously had two stints as head coach in Cleveland, where he guided the Cavaliers to the NBA Finals in 2007, and also coached the Los Angeles Lakers.

Brown is determined to build a consistent winner in the state capital.

"One of the main reasons that I was brought here was to bring some leadership in a lot of different areas," he said. "I've been with a lot of different teams in my 30 years. I've experienced something that I believe can get organizations over the top, not just in one year but year in and year out, and that's having a winning culture. My job is to lead in that area. Every organization out there, in my opinion, has a soul. The stronger that soul is the better that organization will be."

Since moving to Sacramento in 1985, the Kings have had only one stretch of success, making the playoffs in all eight seasons under coach Rick Adelman from 1999-2006. Adelman was fired in 2006 and remains the only coach in the Sacramento era to post a winning record in any season.

"We conducted in the front office here a very robust, thorough, comprehensive process," Kings general manager Monte McNair said. "We wanted to ensure that we found the right coach. We did a lot of research and it came down to three key things for us: experience, successful head coaching experience, relationships, the ability to build relationships across the organization, and leadership — leadership as a head coach and leadership for everything that we're trying to do here."

On several occasions, Brown stepped in for Warriors coach Steve Kerr, most recently when Kerr dealt with COVID-19 and missed three playoff games.

Now, it's time for a new chapter that he hopes will produce a regular contender much like where he has been.

And when someone congratulated Brown on the Warriors' title, Brown showed off his signature warm smile and cracked: "Can you say that again?"

"I've got four," he added, holding up four fingers and chuckling.