Wood is Houston's leading scorer at 16.8 points. He and Porter both had meltdowns in a loss Saturday to Houston and neither player played in the second half.

Rockets coach Stephen Silas said Monday that Porter had a "spirited debate" and "lost his temper" at halftime, "to the point where I thought what would be best for the team and best for our culture as a group, and just making sure that everybody is one the same page, I thought it would be best for him to be suspended for today's game." 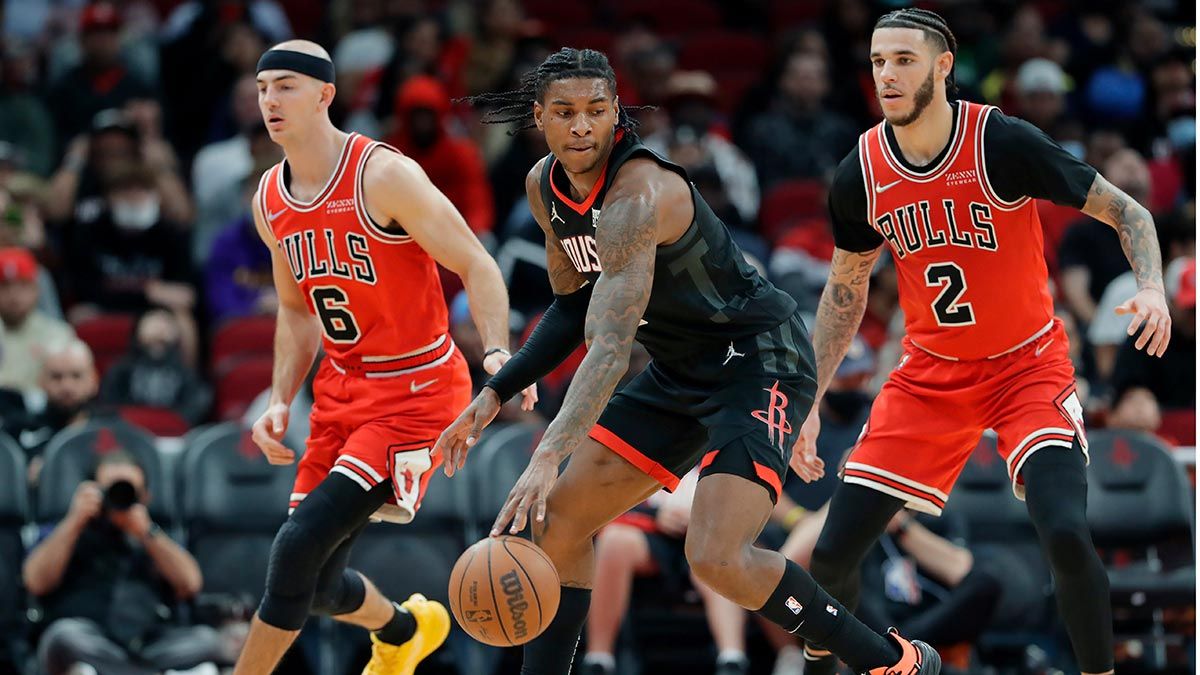 The Athletic and other media outlets reported, based on sources, that Porter and Wood were called out at halftime by assistant coach John Lucas.

Wood did not start the game and only played 8 minutes before he was benched.

"We had a disagreement as far as him going back into the game in the second half, and I decided it would be best for the team," to suspend him, Silas said. "It's very much attached to accountability for everybody on our team. My job is to hold people accountable to their actions and not overreact at all, but react appropriately."

At 10-27 before Monday's game, the Rockets have the worst record in the Western Conference.

Porter is 21 years old, playing for his second NBA team and has a checkered past. Porter was arrested on gun and marijuana possession charges in November 2020 following a single-car accident, but the charges were dropped. Porter's career with the Cavs essentially ended a year ago when he became upset that the team had given his locker room space to newly acquired forward Taurean Prince and reportedly had a heated verbal confrontation Cleveland's general manager.

"He is emotional," Silas said. "He's a competitor. He's a good kids. He owns up to his mistakes when he makes them and tries not to make mistakes again. That's pretty much all you can ask from a guy. Yeah, we put a lot into him. We knew that he had a past before he came here. But, we hold everybody accountable to what they do. He crossed a line and he'll be back. And we'll still love him."

Both players are scheduled to return Wednesday at Washington.

"One thing about disputes, you always come out of it with a better understanding of each," Silas said. "With what happened, hopefully everybody grows from it."