CLEVELAND — Kevin Love made five 3-pointers and scored all 23 of his points in the second half, leading the Cleveland Cavaliers to their fourth straight win, 105-94, over the Miami Heat on Monday night (Tuesday, Manila time).

Love made 6 of 10 field goals, 5 of 8 from beyond the arc, and hit all six of his free throws in his highest scoring game of the season. He also added nine rebounds.

The Cavaliers have four straight double-digit wins and moved into fourth place in the Eastern Conference at 17-12.

Isaac Okoro had 18 points, Jarrett Allen didn't miss a shot in scoring 17 points with eight rebounds, and Darius Garland had 16 points and five assists for Cleveland, which has won eight of its last 10 games.

P.J. Tucker had a season-high 23 points, nine rebounds and five assists, and Kyle Lowry scored 22 points for the Heat. Miami had its two-game winning streak snapped in the opener of a four-game trip.

The Heat had 11 players in uniform and were without Jimmy Butler, who missed his third straight game with a bruised tailbone. Forward Caleb Martin is in the NBA's health and safety protocols for COVID-19.

Love also matched his season high with 24 minutes, giving the Cavaliers their largest lead at 100-84 with his final 3-pointer. The five-time All-Star is coming off the bench for the first time since 2009-10 with the Timberwolves.

After Cleveland jumped ahead 55-41, Miami used a 23-9 run spanning halftime to tie the score on a jumper by Tucker. Love answered with a 3-pointer to put the Cavaliers in front to stay.

Neither team led by more than six until an Allen dunk put the Cavaliers up 46-38 with 2:51 remaining in the second. The Heat attempted 19 3-pointers before taking their first free throw, finishing 13 of 40 on 3s and 5 of 9 from the foul line. 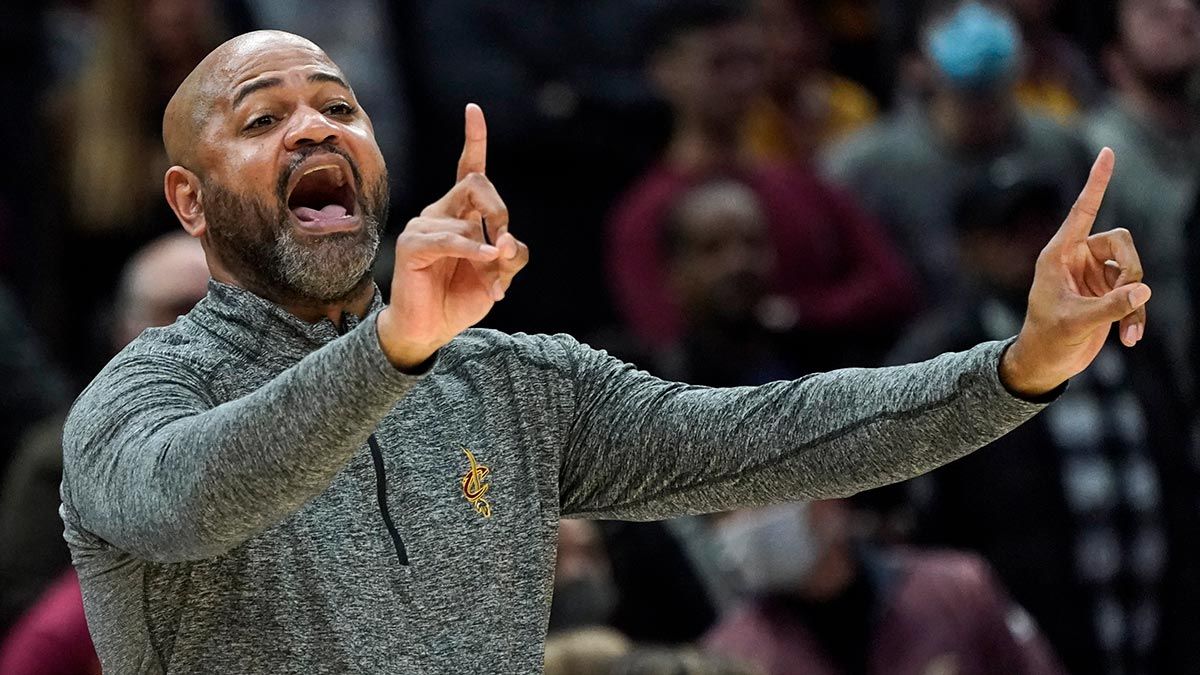 JB Bickerstaff and the Cavaliers improve to 17-12.

After playing in Miami on Saturday, the Bulls had their next two games postponed due to a COVID outbreak on the team. Positive test results in the NBA and NHL are beginning to affect both leagues' schedules, but Heat coach Erik Spoelstra isn't panicking. "It's not something we can control," Spoelstra said. "This is the world that we're living in. We feel blessed that our profession continues to go forward with the proper precautions."

Cavaliers: F Evan Mobley leads all rookies with seven double-doubles. Cleveland is 6-1 in those games. … Two-way C Tacko Fall, a Cavaliers and Celtics fan favorite, remains on the active roster. The 7-foot-6 Central Florida product has five points and five rebounds in 25 minutes this season. … G Dylan Windler was recalled from his G League assignment after averaging 16.7 points in three games.