Warriors pay tribute to KD, plans to do so again in his next visit when fans have returned

SAN FRANCISCO — Kevin Durant offered hugs and handshakes all around, then left a winner in his reunion with the Warriors.

Durant did a bit of everything in his first trip back to the Bay Area to play the team he helped capture two championships over three years, scoring 20 points in the Brooklyn Nets' 134-117 victory against Golden State on Saturday night (Sunday, Manila time).

"My time here at Golden State was so much fun," Durant said. "It was such a big learning experience, especially learning the game of basketball, a different philosophy. I'm going to take that with me for the rest of my life."

The NBA Finals MVP during both title runs, Durant missed his initial three shots before making a 3-pointer at the 5:49 mark of the first quarter and finished 8 for 19 from the floor and 1 of 6 on 3s.

Pal Stephen Curry didn't have his best stroke either, going 10 of 17 for 27 points and 2 for 9 from deep as cold-shooting Golden State lost its third straight to the Nets and missed a chance at its first three-game winning streak of the season.

Golden State paid tribute with a "Welcome back KD!" video during a first-quarter timeout and plans to do so again during his next visit to Chase Center when fans have returned.

"This is something that is such a no-brainer. When Kevin came here and gave us three years of just incredible basketball the least we could do is welcome him back with open arms," Warriors coach Steve Kerr said. "... A guy that gave everything to us for three years then left with a devastating injury. There should be a lot of love, he did so much for us." 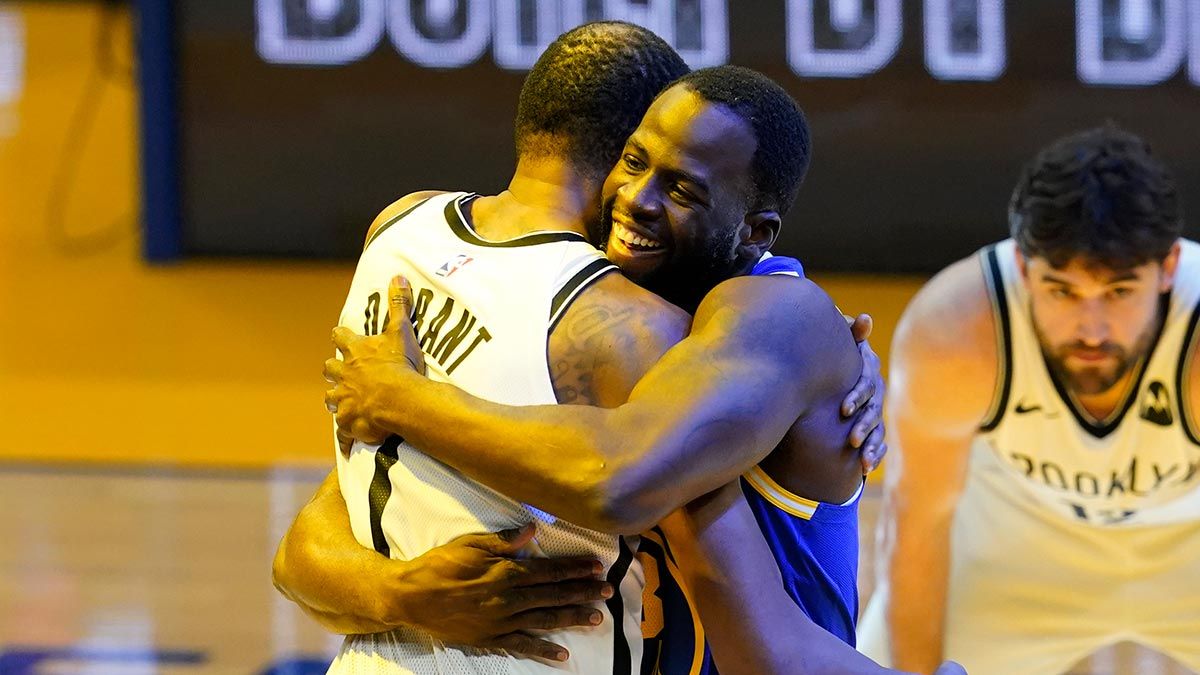 The Nets had lost three of four but welcomed back Durant after he missed the past three games under COVID-19 quarantine protocols.

The Warriors saw ex-Houston nemesis James Harden in a Nets uniform for the first time, and he dished out 16 assists to go with 19 points, including five 3s, and eight rebounds. Kyrie Irving scored 23 points as Brooklyn snapped a seven-game losing streak on the Warriors' home floor in its first visit to Chase Center.

"The tribute video was cool. I think about those moments daily. Every single moment that I've had in this league I think about it and try to analyze it and get better from it," Durant said.

Durant walked onto the court for pregame warmups and greeted all his friends. He and Curry were concentrating on their warmup routines until the two-time MVP stopped to say hello as Durant stretched on his back at midcourt.

"I think it does mean something to him but he hasn't showed it, we haven't talked about it," said Nets coach Steve Nash, who worked closely with Durant during his Bay Area stint as a Warriors player development consultant. "If there's ever a comeback game that is less than what it may have been in the normal situation, it's this one."

Durant returned from missing last season following surgery for a torn right Achilles tendon he hurt in Game Five of the 2019 NBA Finals with the Warriors.

It's the same injury Klay Thompson is sidelined with now — and Durant has been in regular touch with Thompson, who watched from the sideline Saturday.

"Can't wait to see him back out there," Durant said.

Curry struggled by his standards coming off a 40-point performance two nights earlier against Orlando in which he made 10 3-pointers.

The Warriors lost 125-99 at Brooklyn to open the season Dec. 22, but "we're a totally different team," Kent Bazemore said.

So were the new-look Nets. 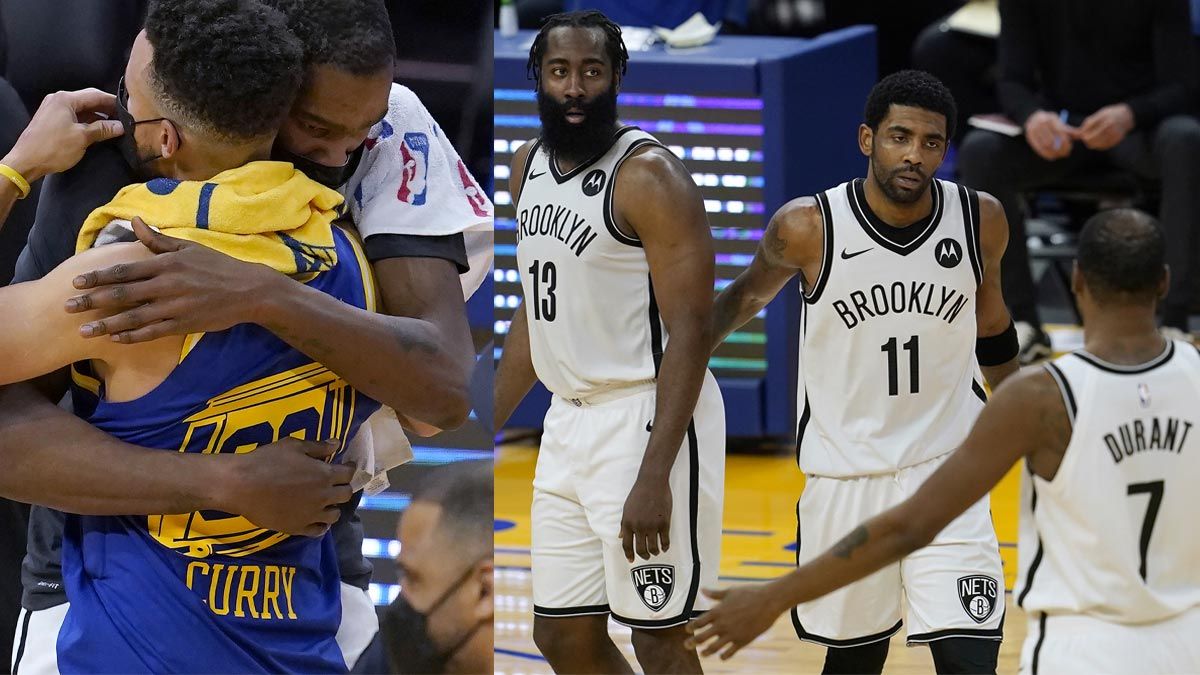 Nets: The Nets made their first visit to second-year Chase Center having been scheduled to play here during the arena's first season March 12 last year but the game was canceled near the start of the pandemic. ... Brooklyn won three in a row against Golden State for the first time since March 9, 2011 through March 30, 2012. ... The Nets earned their first road win at Golden State since a 102-100 victory on March 30, 2012.

Warriors: Draymond Green "tweaked his knee and was in a lot of pain" in the first half but was able to return, Kerr said. ... Injured rookie James Wiseman spoke in Mandarin Chinese on the big screen to help celebrate the Lunar New Year. ... Big man Kevon Looney says he's "making good progress. Hopefully I'll be back on the court soon," a week out from his left ankle sprain — surprisingly an injury he's never had previously.

"He's Kevin Durant and his name speaks for itself. He walks into the gym and people know who he is. The dude is 7-foot and can freakin' light it up, so he's a monster." -- Bazemore.

Warriors: Host Cavaliers on Monday night having won the last six against Cleveland and five straight in the series at home.