CHICAGO — Kevin Durant scored 27 points, James Harden added 25 points and a season-high 16 assists, and the Brooklyn Nets rolled to an easy win over Chicago, beating the Bulls, 138-112, on Wednesday night (Thursday, Manila time) in a matchup between the Eastern Conference's top two teams.

Durant had 17 points in the third. The second-place Nets outscored East-leading Chicago by 20 in the quarter to silence a raucous crowd and came away with the win with all three superstars in the lineup for just the second time.

Kyrie Irving scored nine in his third game. The seven-time All-Star has refused to get the COVID-19 vaccine and is barred from suiting up in New York due to the city's mandate.

But Durant dominated over 30 minutes and finished with nine assists. Harden hit five 3-pointers. Patty Mills scored 21 and nailed of 6 of 8 from beyond the arc, helping Brooklyn come out on top after losing five of seven.

The Nets also avoided a three-game sweep by the Bulls.

Zach LaVine scored 20. DeMar DeRozan added 19 points. But Chicago lost for the second time in three games after winning nine straight to match their best run since the end of the 2010-11 regular season. The Bulls also had their nine-game home win streak snapped.

The Nets outscored the Bulls 39-19 in the third to turn a two-point halftime lead into a 101-79 advantage.

Durant had 10 in about a two-minute span, including a 3 to make it 99-79 before Irving drove for a layup in the closing minute.

By then, the Nets were well on their way. They took control midway through the third with an 18-4 run to break open a game that was tied at 71, a 3-pointer by Mills making it 89-75. 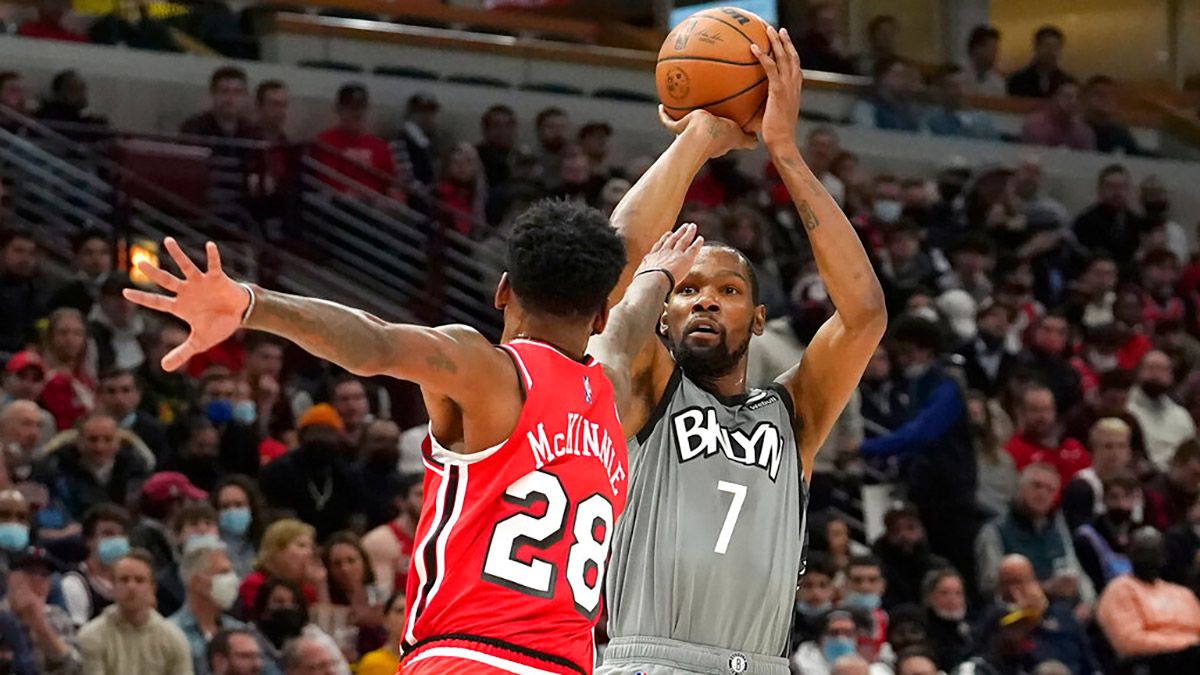 Nets: Though Chicago has a similar mandate as New York, an exception allowed Irving to play. It applies to visiting professional and college athletes as well as non-resident performance artists. ... C Nic Claxton (left hamstring tightness) missed the game.

Bulls: F Derrick Jones Jr. left with a right knee injury 36 seconds into the game. He twisted it pulling up near the Chicago basket and had to be helped to the back. ... G Alex Caruso missed his 10th straight game and fourth since entering the NBA's COVID-19 protocol. He missed the first six of them because of a sprained left foot, and coach Billy Donovan does not expect him to play against Golden State on Friday.