Celtics advance to conference semifinals with sweep of Sixers

LAKE BUENA VISTA, Florida — The Celtics are moving on, while the 76ers are heading into an uncertain future.

Jayson Tatum added 28 points and had a playoff career-high 15 rebounds for Boston, which advances to the Eastern Conference semifinals and a meeting with the winner of the first-round matchup between Toronto and Brooklyn.

Boston's win marks the first sweep in 15 playoff series meetings between the teams. It also is the third straight season that Philadelphia has failed to advance past the second round.

Walker went to the playoffs twice during his eight seasons in Charlotte, but never made it out of the first round. He said this is a small piece of what he sought in signing with Boston in free agency last summer.

"This is the reason I came to Boston," he said. "That's why I'm here for. To play high-level basketball each and every night. That's what we've been doing."

Joel Embiid led the 76ers with 30 points and 10 rebounds. Tobias Harris added 20 points and five rebounds despite leaving briefly after a scary fall that bloodied his left eye.

Embiid couldn't put a finger on one thing that upended the team this postseason.

"There's a lot of regrets," he said. "I feel like the focus wasn't always there. We just gotta look ourselves in the mirror and do better."

Harris was trying to contest a shot by Tatum at the 2:40 mark of the third quarter and inadvertently had his legs taken out from under him by Tatum. Harris fell on the left side of his face and laid on the court for several minutes as medical staff attended to him.

He suffered a left eye laceration and was cleared of a possible concussion. He returned to the game with 5:12 left in the fourth with a bandage over his left eye.

"I felt OK enough to go back out there and try and do something to help us win," Harris said. "I rather go down with my guys than sitting in the back." 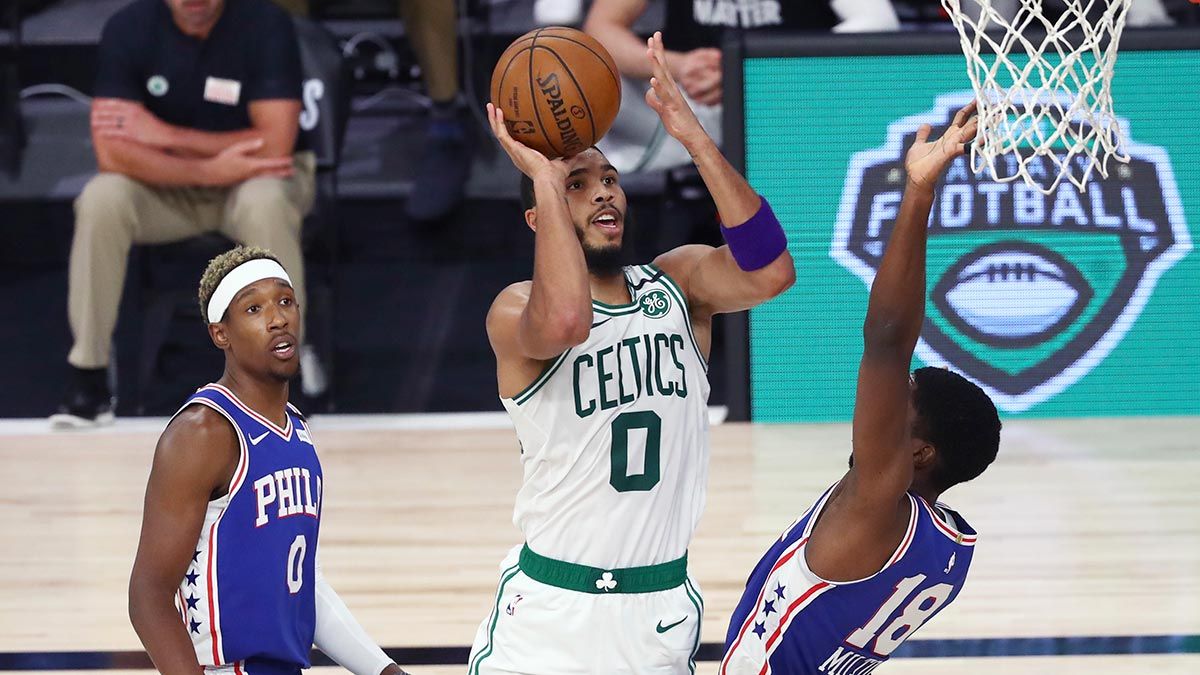 But Harris out, Boston scored the final nine points of the third quarter as part of a 12-0 run. The Celtics' lead grew to 96-79 in the opening minutes of the fourth.

"It just feels like we're the Sixers, we always have some type of bad luck," Embiid said.

Intensity was high throughout the game, with Philadelphia's Harris, Josh Richardson and coach Brett Brown all drawing technical fouls. Marcus Smart also received one for Boston.

The 76ers entered the playoffs without All-Star guard Ben Simmons, who underwent season-ending surgery on his left knee following an injury during the seeding portion of the bubble schedule.

Philadelphia did its best to adjust without him, hanging in defensively against a Boston team that ended the regular season boasting one of the league's most efficient offenses. But the 76ers had issues scoring points down the stretch in close games.

That included Embiid, who despite posting back-to-back 30-point games in Games Two and Three, at times struggled to keep up the scoring load in the second half of games. He also had two critical mistakes in Game 3.

The loss was the latest shortcoming for a 76ers team that entered the season with much higher aspirations after adding Al Horford in free agency to play in the frontcourt alongside Embiid and Harris.

But asked if he thinks he's been able to show his best coaching effort in spite of the injuries down the stretch, Brown was direct in his assessment. 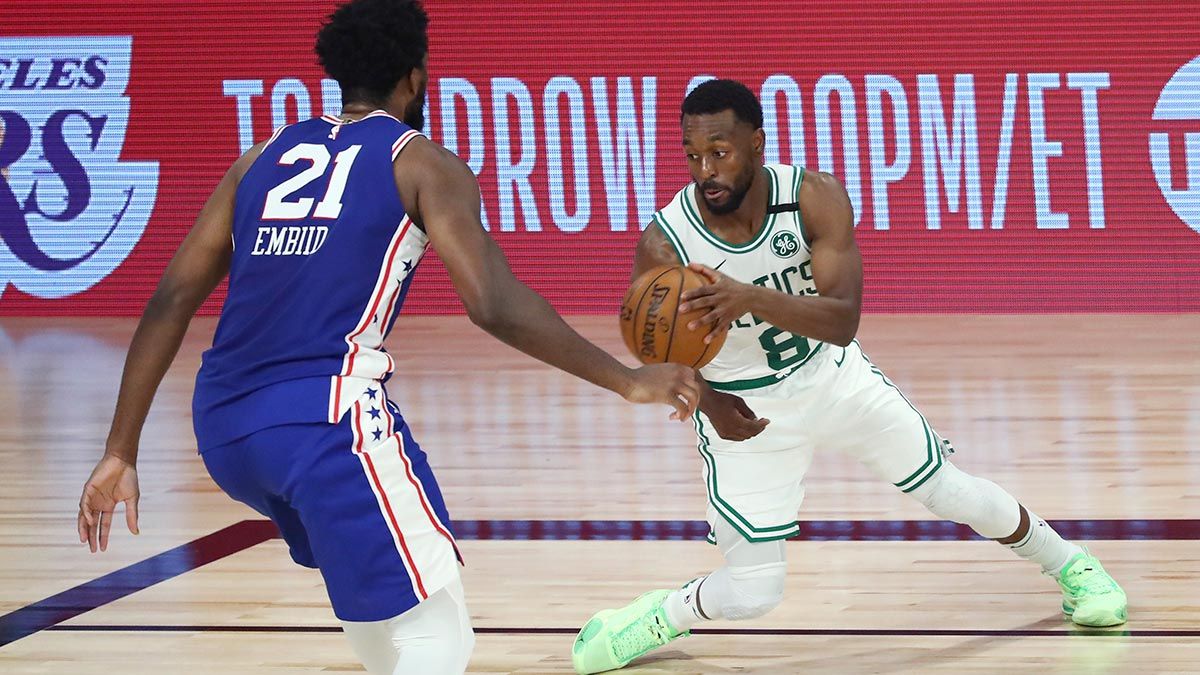 Celtics: Sixers' 19 free throw attempts in the first quarter were the most Boston's allowed in the opening period all season.

Tatum wore a T-shirt in the pregame and postgame Kobe Bryant's picture on the front. He also wore a purple armband during the game in honor of the Lakers legend to honor his mentor on what would have been his 42nd birthday.

"I just wanted to acknowledge him," Tatum said. "Everybody knows how much he meant to me, and still means to me. ... I know he'll always be watching and I'm just trying to make him proud."

Celtics coach Brad Stevens said that forward Gordon Hayward, who suffered a Grade 3 right ankle sprain in Game 1 against the 76ers on Aug. 17, has returned to Boston to begin his rehab. The team gave an initial estimate of four weeks for Hayward's return to action.

"The plan of attack from everything that I've been told is when he's closing in on being ready to play, he'll be back," Stevens said.