Durant beat the Knicks for the 13th straight time, and he's had triple-doubles in the last two of them. His rebounds and assists were both season highs, and his usual scoring extended a streak that is the longest since Jordan opened the 1988-89 season with 16 consecutive games of 25 points.

New York's basketball rivalry remained no rivalry at all, with the Nets beating the Knicks for the eighth straight time. It matches their second-longest winning streak ever against the Knicks, three shy of an 11-game run from 1984-86.

Seth Curry added a season-high 23 points and Edmond Sumner, in his fourth straight start in place of the suspended Kyrie Irving, finished with a season-best 18.

The Nets decided to stick with Vaughn earlier Wednesday after showing signs of progress since he replaced Steve Nash after a 2-5 start. 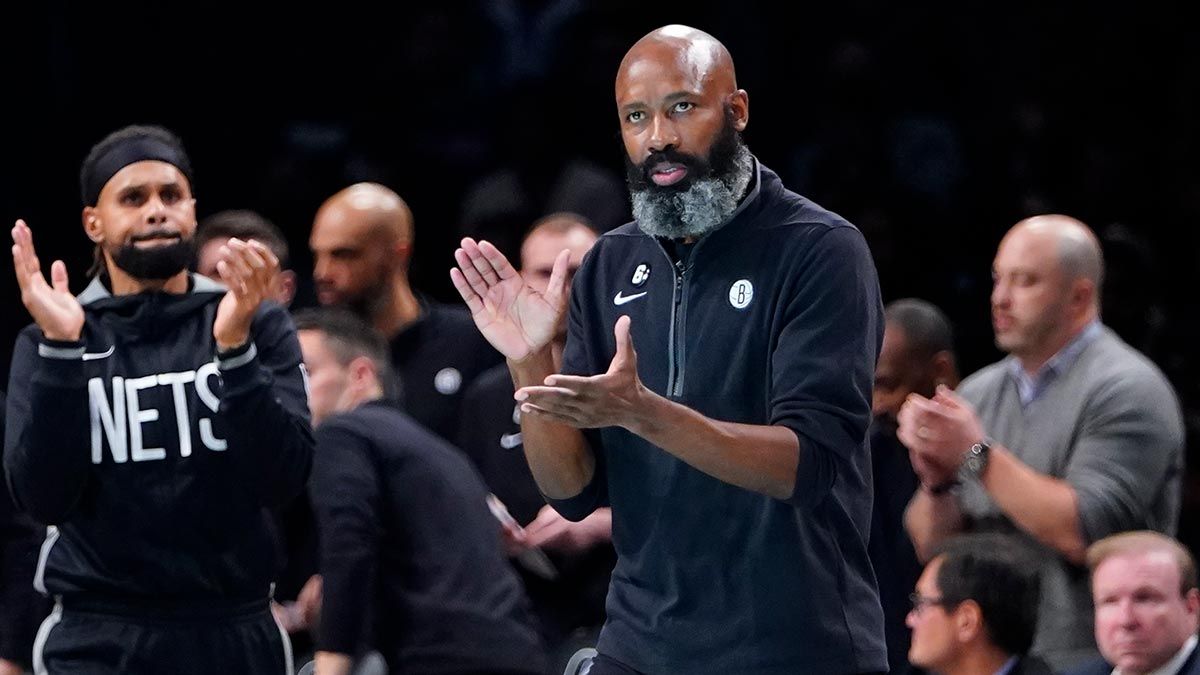 The Nets see signs of progress under Jacque Vaughn.

They are 3-2 since and have held their last four opponents below 100 points, the first time Brooklyn has done that since an eight-game stretch in the 2014-15 season.

Julius Randle had 24 points and 11 rebounds for the Knicks, who were coming off an impressive performance in Minnesota on Monday but trailed by as much as 35 in this one.

Brooklyn jumped to a 24-8 lead on Sumner's 3-pointer and kept the margin there after one quarter, leading 38-22. Curry's 3-pointer gave the Nets their first 20-point lead at 50-30, and another 3-pointer by Joe Harris gave them a 69-44 lead, matching the largest halftime margin in the teams' history.

Durant improved to 20-3 in games he's played against the Knicks, who haven't beaten him since 2013 when he was still in Oklahoma City.

Knicks: Cam Reddish started and was 0 for 7 and scoreless. Jalen Brunson shot 4 for 14, finishing with 14 points.

Nets: Durant had his 17th career triple-double and fifth as a Net. ... Nic Claxton had 12 points. ... Ben Simmons finished with six points and nine rebounds.

Nets: At the Los Angeles Clippers on Saturday.