NEW YORK — Kevin Durant broke a tie with a 3-pointer with 56 seconds left and had 27 points to help the Brooklyn Nets beat the Toronto Raptors, 109-105, on Friday night (Saturday, Manila time).

VanVleet's jumper with 38 seconds left brought the Raptors within one. But Royce O'Neale's 3-pointer with 15 seconds left wrapped up the victory.

The Nets trailed 79-69 late in the third quarter, but Patty Mills' 3-pointer capped a 9-0 run as Brooklyn pulled to 79-78 after three quarters. The streak continued into the final quarter, with Brooklyn scoring the first eight points to go ahead 86-79.

Irving was whistled for his fifth foul with 7:08 left, but Brooklyn challenged the call and it was reversed to an offensive foul on Scottie Barnes. Irving then hit a 3 and Nic Claxton followed with a driving layup to give the Nets their biggest lead of the game, 100-88. 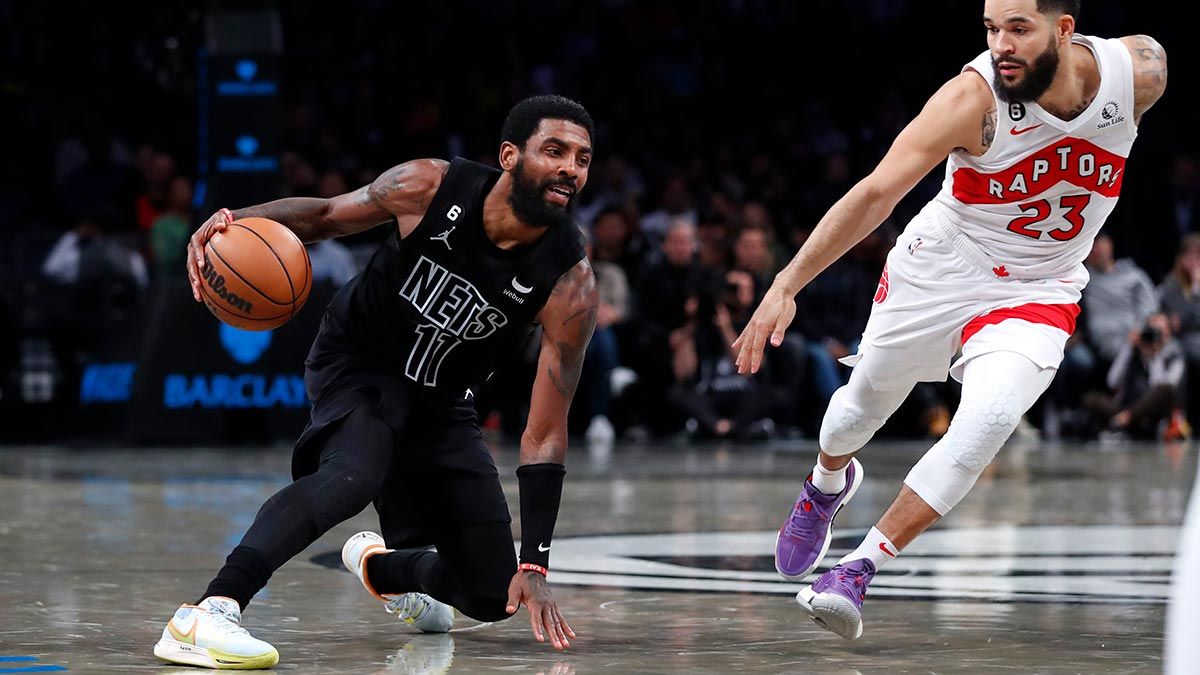 Kyrie Irving leads the Nets in scoring with 30 points on 11 of 24 shooting. PHOTO: AP

Raptors: VanVleet needs just one 3-pointers to tie Morris Peterson (801) for second on the Raptors' career list. Kyle Lowry has the franchise record at 1,518.

BACK WHERE YOU BELONG

New Jersey's Joe Harris returned to the court for the first time since suffering a left ankle injury against Oklahoma City last Nov. 14. He entered the game with six minutes left in the first quarter. Harris' first shot was an air ball at 3:51, but he then connected on a 3-pointer at 2:39. "I wanted to try and play the first game, but just wasn't quite where I was supposed to be performing. I needed just a little bit more time."

Raptors: At Miami on Saturday night.

Nets: At Memphis on Monday night.