Nic Claxton added 18 points for the Nets, who won for only the third time this season despite also being without the injured Ben Simmons and Seth Curry. Brooklyn shot 14 of 28 from 3-point range and 56 percent from the field overall.

The Nets (3-6) have had a tumultuous week, parting ways with coach Steve Nash on Tuesday and suspending Irving on Thursday. The fallout from Irving's post of a link to an antisemitic work continued Friday with Nike announcing as the Nets were playing that the company has halted its relationship with Irving.

"You just have to focus on the game, keep your mind on the game plan and discipline to come out and execute and get the win," Brooklyn's Royce O'Neale said.

The team played well without Irving, holding Washington to 29 points in the second half.

"Kevin was a hub for us tonight — really put them in tough binds," Nets interim coach Jacque Vaughn said. "He was a willing passer and he capitalized when he had the opportunities to." 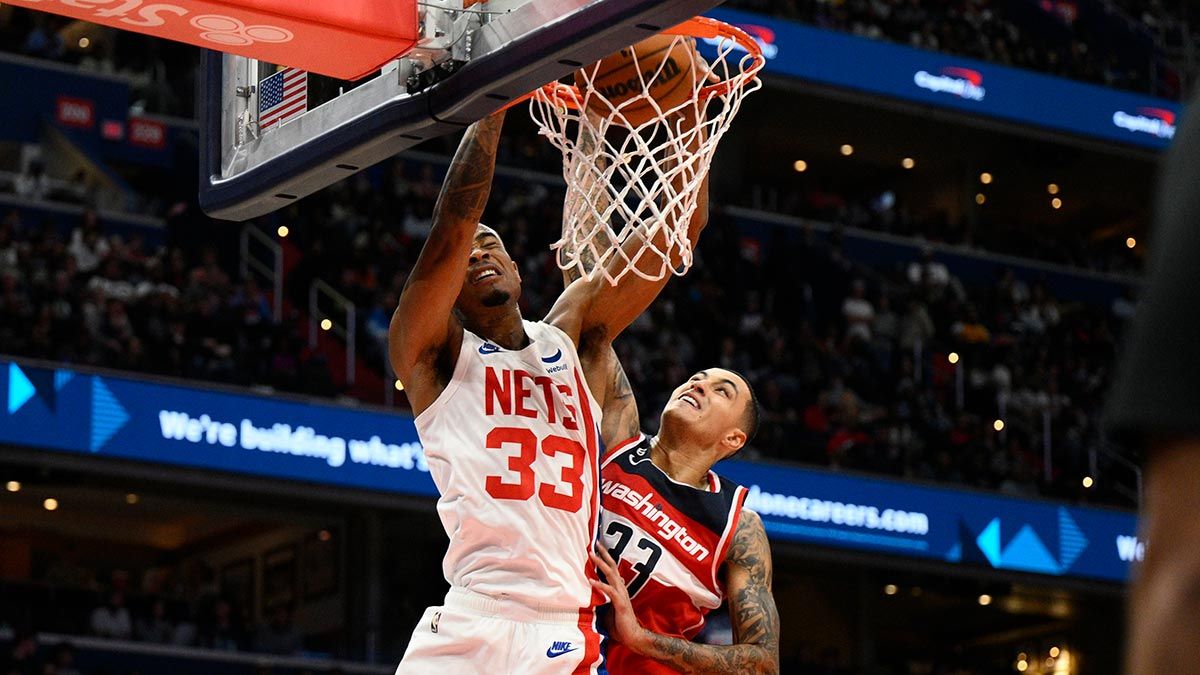 Durant spearheaded a 27-3 run spanning the end of the first half and the start of the second. That gave Brooklyn an 85-60 lead.

His best highlight came earlier, though. Toward the end of the first quarter, Wizards center Daniel Gafford fell to the floor trying to defend Durant on a crossover dribble near the free throw line. Durant made a midrange jumper, and the crowd kept buzzing for a little while.

It was 38-28 after one quarter. The Wizards fought back to within one at 58-57, but Brooklyn scored the final 11 points of the second, capped by Durant's 3-pointer in the final seconds. Then the Nets scored 16 of the first 19 points of the third.

"We had no competitive spirit. We didn't play hard," Kuzma said. "We had a couple good runs ... and it kind of just got out of hand."

It was a disappointing showing for a Washington team that was coming off a nice win at Philadelphia on Wednesday.

"It's embarrassing," Wizards coach Wes Unseld Jr. said. "I thought it started with our approach. Our approach was lackluster. I think we thought we could ease our way into a game where we felt they didn't have a complete complement, roster-wise."

Wizards: Corey Kispert (left ankle sprain) played for the first time this season and scored two points. ... The Wizards went 11 of 41 from the field in the second half.

Wizards: At Memphis on Sunday night.