If Leonard has any more nights like that against his former club, the normally irascible Popovich won't be smiling again.

Leonard scored 38 points and grabbed 12 rebounds in the Clippers' 103-97 victory, which handed the Spurs their first loss. It is Leonard's first points-rebounds, double-double this season. It is also his first double-double in three meetings against San Antonio, where he played seven seasons (2011-18) before being traded to Toronto in July of 2018. 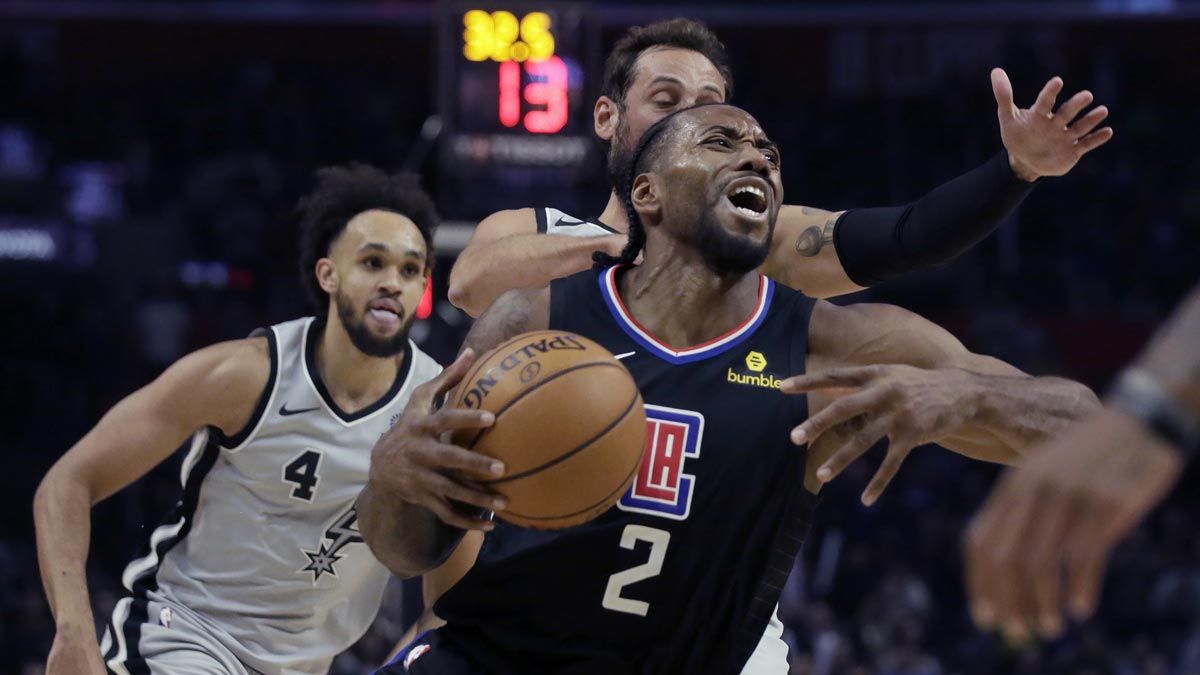 The 38 points ties for the fifth-most Leonard has scored in a regular-season game in his eight-year career. He took a career high 32 shots.

"It was something I look forward to," Leonard said about facing the Spurs. "Just to be able to play against a great coach and my old teammates is always fun."

Leonard is 2-1 against his former team. While his departure from San Antonio wasn't amicable, Leonard said his relationship with Popovich is good, for the most part.

Popovich didn't have much to say about Leonard postgame other than: "I thought he was great." When someone tried to get Popovich to expound, he replied: "Doc's coaching him, I'm not. I just said he had a great game, there's nothing else to say." 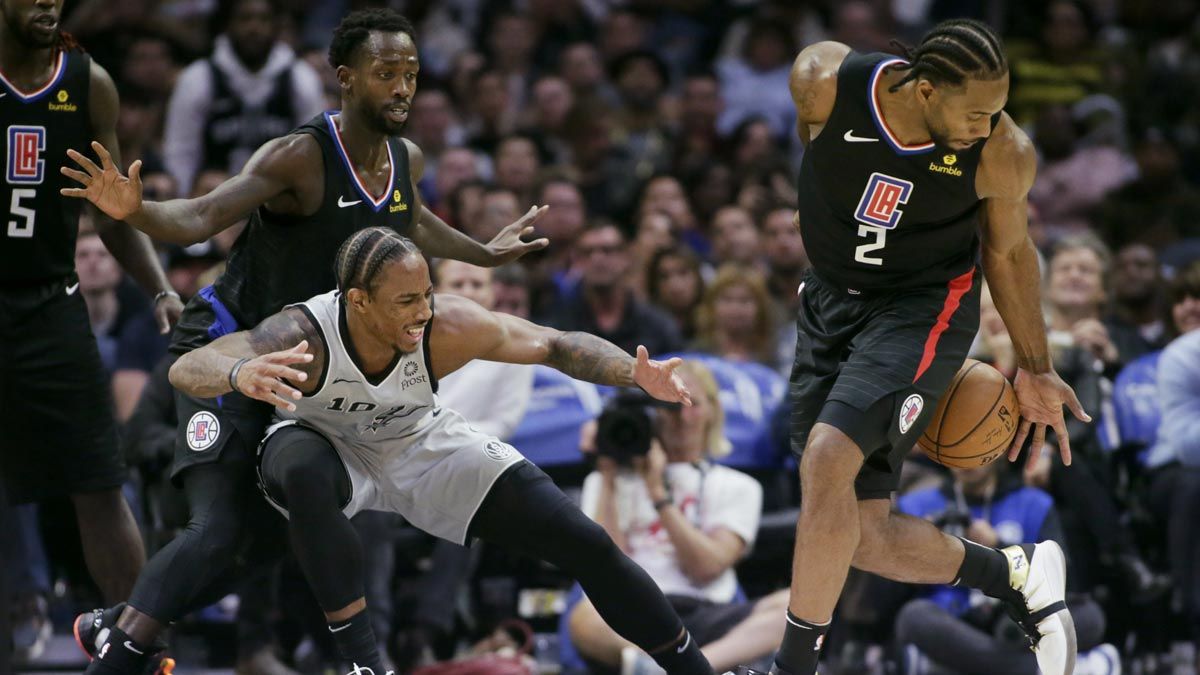 Another thing going well is Leonard's start with the Clippers, the team he signed with as a free agent during the offseason. He has scored 30 or more in three of his first five games and is the first Clipper since Blake Griffin in 2015 to have at least 38 points and 12 rebounds in a game.

"Tonight was a great night for him to do his thing. We just followed his lead," Clippers guard Lou Williams said.

Leonard — who sat out Wednesday's game at Utah due to load management — took control of the game in the second half, when he had 25 points on 10 of 16 shooting from the field, including a pair of 3-pointers. Los Angeles went on a 9-1 run to take a 64-55 lead with 6:55 remaining in the third quarter. Leonard scored five of his 10 third-quarter points during the rally, including a dunk after a steal of DeMar DeRozan at midcourt.

San Antonio got within five (80-75) at the end of the third quarter before the Clippers scored 11 of the first 13 points in the fourth quarter with nine coming from Leonard. The Spurs scored six straight points to get within 97-93 with 2:34 left but could not get closer.

The Clippers shot just 42.9% from the field, but Rivers was pleased with his team's defense. LaMarcus Aldridge came in averaging 21.3 points, but was held to five.

"It was a gritty game by both teams where no one could make a shot," Rivers said. "Tonight was not a great offensive night but we were able to win it on defense."