The All-NBA forward missed Game Five of the Western Conference semifinals against the Utah Jazz on Wednesday (Thursday, Manila time) with what the Clippers are calling a sprain. A person with knowledge of the matter said Leonard will need more testing and evaluation, raising questions about his availability going forward.

The structural integrity of Leonard's knee has yet to be fully determined, the person said, speaking to The Associated Press on condition of anonymity because the team has not offered any specific diagnosis other than sprain. A sprain, by definition, is a ligament injury, though the Clippers have not said which of the four knee ligaments is the cause for concern.

"He's a little down because he wants to be here," Clippers coach Tyronn Lue said before Game Five in Salt Lake City. "But that's part of the game. He understands that. He wants to be there for his teammates. We understand what's going on right now, so he's going to cheer us from afar and we'll get back on to it tomorrow."

Leonard traveled with the Clippers to Salt Lake City, Lue said, then returned to Los Angeles.

"We're optimistic, trying to wait for everything to clear up, get the testing back in the next 48 hours or so and kind of go from there," Lue said.

Even in the short term, it is a massive blow for the Clippers — who are trying to reach the West finals for the first time in franchise history.

Leonard is a two-time NBA Finals MVP, and is averaging 30.4 points on 57 percent shooting in the playoffs.

The Clippers were 11-9 without Leonard during the regular season. They're 6-1 so far in the playoffs when he scores at least 28 points, 0-4 otherwise entering Wednesday.

"I don't care about the Western Conference Finals," Leonard said after Game Four of the series against the Jazz. "I'm trying to win a championship. I mean, obviously that's the next step, but I'm not even looking at that." 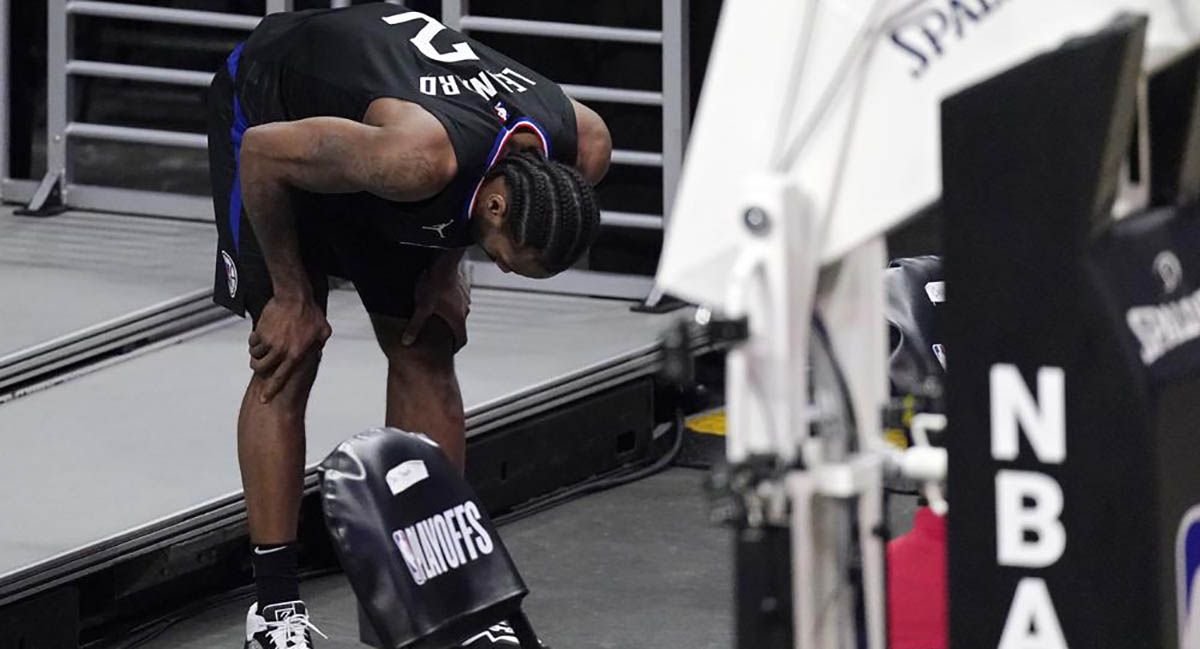 Leonard's injury appeared to occur with about 5:20 left in Game Four against Utah on Monday night, when he was fouled on a drive by Utah's Bojan Bogdanovic. Leonard was dribbling into the lane when he was bumped, and his right knee appeared to buckle slightly. He grimaced in some discomfort, missed the two free throws that were awarded following the foul, but remained in the game for 45 more seconds.

He checked out with 4:35 remaining and did not return; the Clippers led by 16 points when he checked out and the lead remained in double figures the rest of the way.

If the Clippers-Jazz series ends Friday, Game One of the Western Conference finals will be Sunday. The Phoenix Suns — who have already clinched a West finals berth — are unsure on the status of point guard Chris Paul, who has entered the NBA's health and safety protocols related to the coronavirus.