NEW ORLEANS — Karl-Anthony Towns had 28 points and 10 rebounds, and the Minnesota Timberwolves extended their winning streak to four with a 110-96 victory over the New Orleans Pelicans on Monday night (Tuesday, Manila time).

“I ain’t going to lie to you. I had a lot of coffee before the game so I was just trying to go downhill most of the game,” Towns said with a grin. “There’s a lot of caffeine in me.”

Caffeinated or not, the Timberwolves played with energy throughout, dominating the hustle categories. They converted 23 New Orleans turnovers into 28 points and 21 offensive rebounds into 26 second-chance points.

“We leaned into our defense,” Towns said. “I like the flow of the game that was going for us early on. ... We really pushed the pace. We made things happen and consistently our discipline was there.”

Anthony Edwards scored 13 of his 18 points in the second half and Jarred Vanderbilt, who came in averaging five points per game, matched his season high with 16 points and grabbed 11 rebounds.

Willy Hernangomez had 19 points and 11 rebounds for New Orleans, while Nickeil Alexander-Walker scored 14. But the Pelicans did not get their usual production from Brandon Ingram, who shot 2 of 13, including 1 of 7 from deep, and finished with nine points and six turnovers.

“We didn’t come with a mentality to compete tonight and that’s on me,” Pelicans’ first-year coach Willie Green said. “I have to get our team ready to play.”

Highlighting his team’s turnovers and Minnesota’s offensive rebounds, Green added, “You can’t beat teams in this league giving them that many possessions.”

“All of it was frustrating,” added Green, whose team fell to 3-16. “I’m frustrated with that performance. ... We as a unit have to play harder.”

Leading by 16 at halftime, the Timberwolves continued to pull away in the third quarter, opening up a 26-point lead when Vanderbilt banked in a 7-footer while being fouled by Herbert Jones for a 3-point play.

New Orleans never got closer than 14 points in the fourth quarter.

“I love our scheme,” Towns said. “I also think that we take pride in it.”

The Pelicans turned the ball over 14 times in the first half, leading to 23 Minnesota points, much of that coming in the second quarter, when the Timberwolves outscored New Orleans by 17 points.

Towns had 23 points in the first half, and his short floater put the Timberwolves up 59-46 late in the second quarter.

When Towns was blocked by Josh Hart on a drive in the final seconds of the half, Edwards grabbed the rebound and laid it in as time expired to give Minnesota a 66-50 halftime lead. 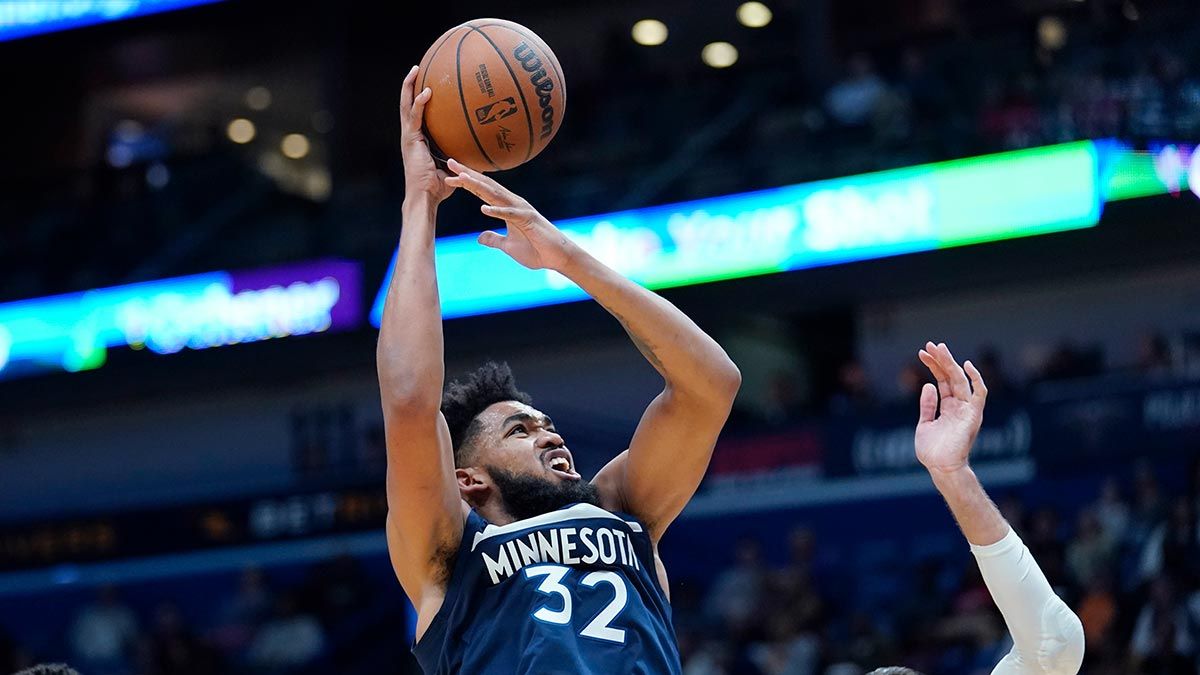 Pelicans: Hart and Jonas Valanciunas each scored 13 points. ... New Orleans has turned the ball over at least 17 times in each meeting with Minnesota, including a season-high 28 times on Oct. 23.

Garrett Temple was given a start at guard in place of Alexander-Walker. Temple scored eight points but committed four turnovers.

“We were 3-15. That went into the decision,” Green said when asked about the lineup adjustment. “Until we get it right, we got to continue to make adjustments and figure out what works.”

“We haven’t shot the 3-ball well at all tonight, but we countered it by making them shoot worse than us,” Towns said.

While Towns downplayed the significance of a four-game winning streak in the context of a long season, he said Minnesota has responded better lately to having double-digit leads by staying aggressive on the offensive end.