KAI Sotto of the Philippines has been included in the lineup for the Basketball Without Borders Global Camp in Chicago. 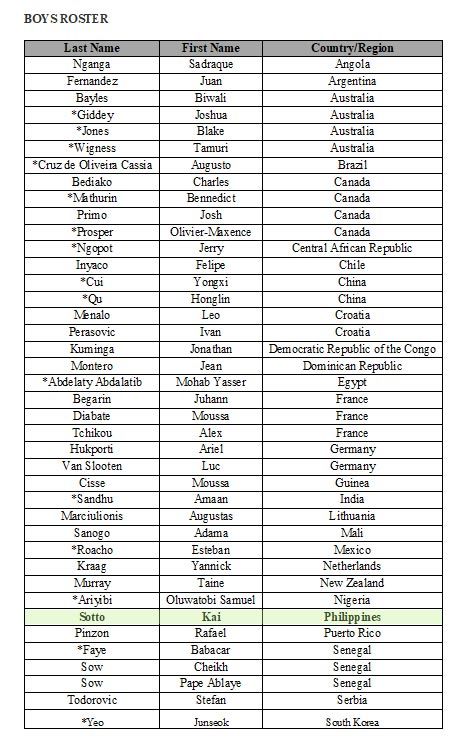 Players and coaches will lead the campers through a variety of activities on and off the court, including movement efficiency, skill development stations, shooting and skills competitions, 5-on-5 games, and life skills seminars focusing on health, leadership and communication. The final day will feature a single-elimination tournament culminating with the boys and girls championship games.

The camp will be officiated by representatives from the NBA’s Referee Development Program, which provides rising professionals and former players with the skills necessary to pursue a career as a referee in the NBA, WNBA and NBA G League.

The campers will attend State Farm All-Star Saturday Night and the 69th NBA All-Star Game at United Center. Nike, a global partner of BWB since 2002, will outfit the campers and coaches with Nike apparel and footwear.

BWB, the NBA and FIBA’s global basketball development and community outreach program, has reached more than 3,600 participants from 133 countries and territories since 2001, with 69 former campers drafted into the NBA or signed as free agents. The NBA and FIBA have staged 61 BWB camps in 38 cities across 30 countries on six continents. More than 310 current and former NBA, WNBA and FIBA players have joined more than 240 NBA team personnel from all 30 NBA teams to support BWB across the world.