Brandon Ingram scored 22 and Williamson added 20 points, seven assists, five rebounds and a steal despite being limited to 20 minutes on the court, which might prove beneficial with New Orleans playing on back-to-back nights.

Willy Hernangomez added 14 points and 10 rebounds in a reserve role and Lonzo Ball capped his 15-point night with a back-breaking 3 in the fourth quarter as New Orleans pulled away for good.

Hart came into the game listed as questionable with back spasms. The pain didn’t show.

He threw down several driving one-handed dunks and even blocked two shots to go with a steal.

New Orleans led by as many as 20 when Ball’s 3 made it 82-62 in the middle of the third quarter. But Wall scored six of his points and Sterling Brown hit a pair of 3s during the next six minutes to help Houston cut it to 92-81 heading into the fourth quarter.

Williamson, routinely initiating New Orleans’ offense by handling the ball on the perimeter, had 10 points, four assists, a rebound and a steal in the first half despite playing just more than four minutes in the first quarter and less than two in the second because of early foul trouble. 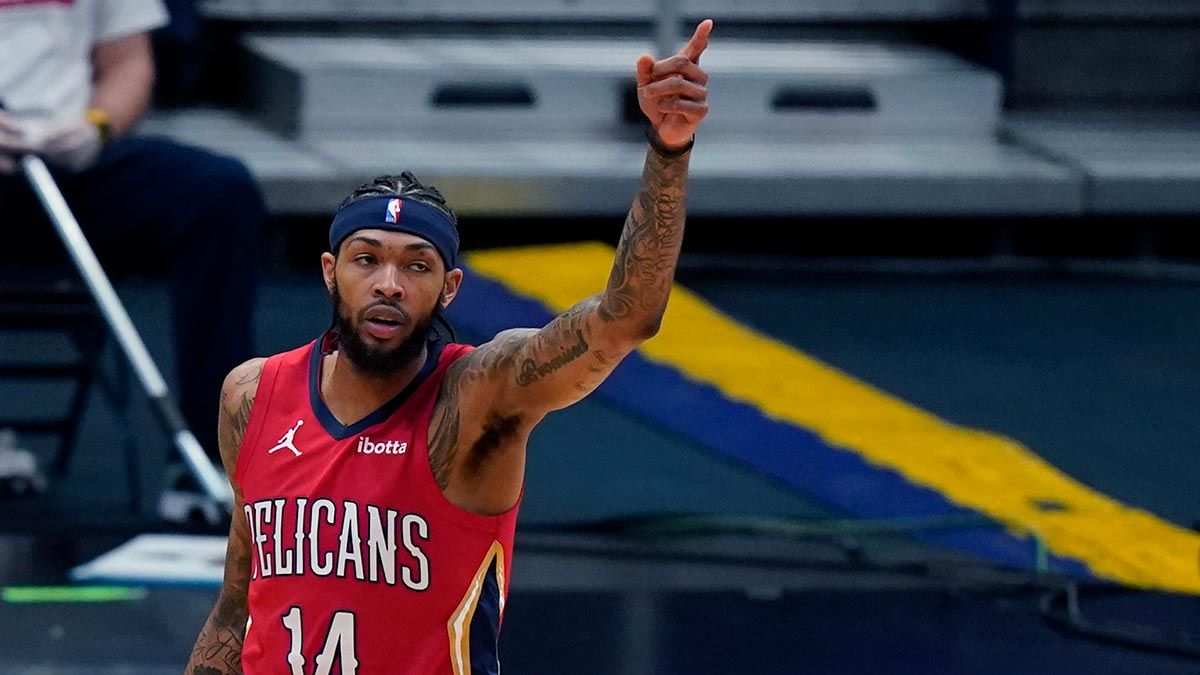 Still, the Pelicans managed to open up a double digit lead without him, going no a 17-0 run in the second quarter during which Hart scored 10 points on a driving dunk, a 3, a driving layup while he was fouled, and after he missed the free-throw, a floating put-back as he was fouled for a 3-point play.

Ingram added a 3 and a jumper during the spurt, which put the Pelicans up 61-43.

Rockets: Danuel House Jr. and Jae’Sean Tate each scored 13. Brown scored 11. ... Houston was 13 of 43 from 3-point range. ... Center Christian Wood, who had 27 points and nine rebounds in the previous meeting, missed his third straight game with a right ankle sprain. ... Rockets coach Stephen Silas received a technical foul after yelling at officials for failing to call a foul when Gordon had shot blocked by Steven Adams.

Pelicans: Visits Chicago on Wednesday night for the first of four straight on the road.