Aussie teen guard Josh Giddey goes to Thunder at No. 6

OKLAHOMA CITY — For the second time in five years, the Oklahoma City Thunder went Down Under to find a first-round pick in the NBA draft, taking Josh Giddey at No. 6 on Thursday night (Friday, Manila time).

The 18-year-old Giddey, a 6-foot-8 guard from Melbourne, Australia, attended the NBA Global Academy in 2019-20 and played last season for the Adelaide 36ers in Australia's National Basketball League. He was named the league's rookie of the year after averaging 10.9 points, 7.3 rebounds and a league-best 7.6 assists per game.

He already has an Oklahoma connection: His sister, Hannah Giddey, is a 6-foot-1 forward headed into her sophomore season at Oral Roberts in Tulsa, about 100 miles from Oklahoma City. Giddey called it a "dream situation" to be able to play so close to his sister.

"Oklahoma is actually one of my favorite teams and to be picked by them it's a dream come true," he said. "So, love the guys, the coaches, the staff on the team and really happy to be there."

Oklahoma City reportedly traded its second first-round pick, at No. 16, to Houston and chose Alperen Sengun for the Rockets. ESPN reported that the Thunder get a pair of future first-round picks in return.

The Thunder also took Tre Mann, a 6-foot-5 guard from Florida, with the No. 18 overall pick. Oklahoma City also had three second-round picks.

Giddey helped the NBA Global Academy win the Torneo Junior Ciutat de L'Hospitalet in Barcelona, in which he was named as the most valuable player. He's the first NBA Global Academy graduate to be drafted into the NBA and the highest-drafted player from Australia since Ben Simmons, who went first overall to the Philadelphia 76ers in 2016.

Giddey is the eighth Australian to be drafted in the first round. 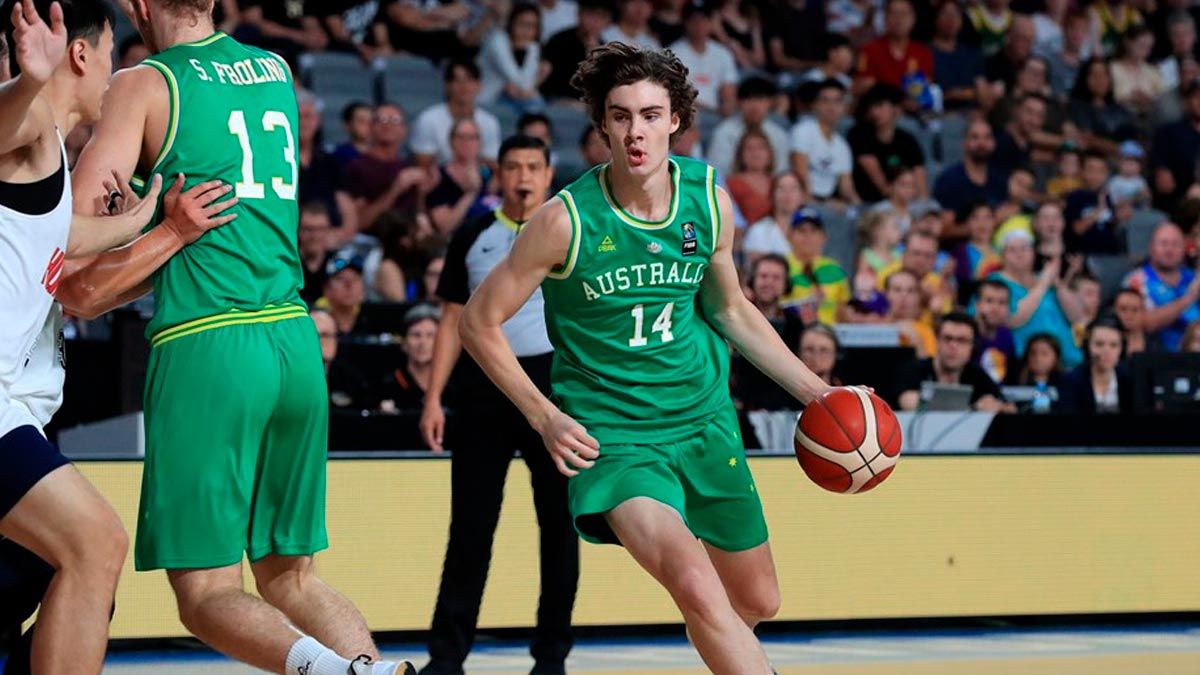 Although he wasn't from Australia, in 2017, the Thunder used the No. 21 overall pick on Terrance Ferguson, who had played for the 36ers the previous season.

"To follow on from the guys we have had (from Australia) go through the NBA, it means a lot to me and I looked up to those guys for a long time and I speak to them and try and get advice from them," Giddey said. "The Australian basketball community is really tight. So, to have those guys by my side and supporting me through this whole process has been really good for me."

Should Giddey play for the Thunder next season, he'll be the second teenager on the Thunder roster, joining Aleksej Pokusevski, who won't turn 20 until December. The Thunder obtained Pokusevski, the 17th pick of the 2020 NBA draft, through a trade with Minnesota.

Mann averaged 16.0 points and 5.6 rebounds per game for Florida as a sophomore. He finished eighth in the Southeastern Conference in scoring and sixth in free-throw percentage (83.1) and assists per game (3.5). He was an All-SEC second-team selection.

He's the first first-round draft pick produced by the Gators since Bradley Beal in 2012.