Curry scored just 12 points but had eight assists after sitting out a 105-102 win at Detroit on Friday night to rest his sore hip on the second night of a back-to-back. Curry began 1 for 7 and finished 2 of 10 from the floor.

"The scoring balance means that teams can't throw everything at Steph," coach Steve Kerr said. "That's what was happening last year. Teams were throwing everything they had at Steph."

Wiggins made six 3s, knocking down his first five shots for 14 early points. Golden State started 9 for 14 to build a 27-9 lead late in the opening quarter. The Warriors (15-2) never trailed in winning their fourth straight and 11th in 12.

"We all know what Wiggs is capable of," Poole said.

Pascal Siakam scored 21 points and Fred VanVleet had 17 points and seven assists for the Raptors.

VanVleet's back-to-back 3-pointers midway through the fourth pulled Toronto within 103-93 before Golden State called a timeout with 7:16 to play. The Warriors then stayed safely ahead the rest of the way.

"It's great to have everybody on the roster contributing and understanding that every night's going to be different and they just have to stay ready," Kerr said.

The Raptors had won four of the previous five meetings with the Warriors. 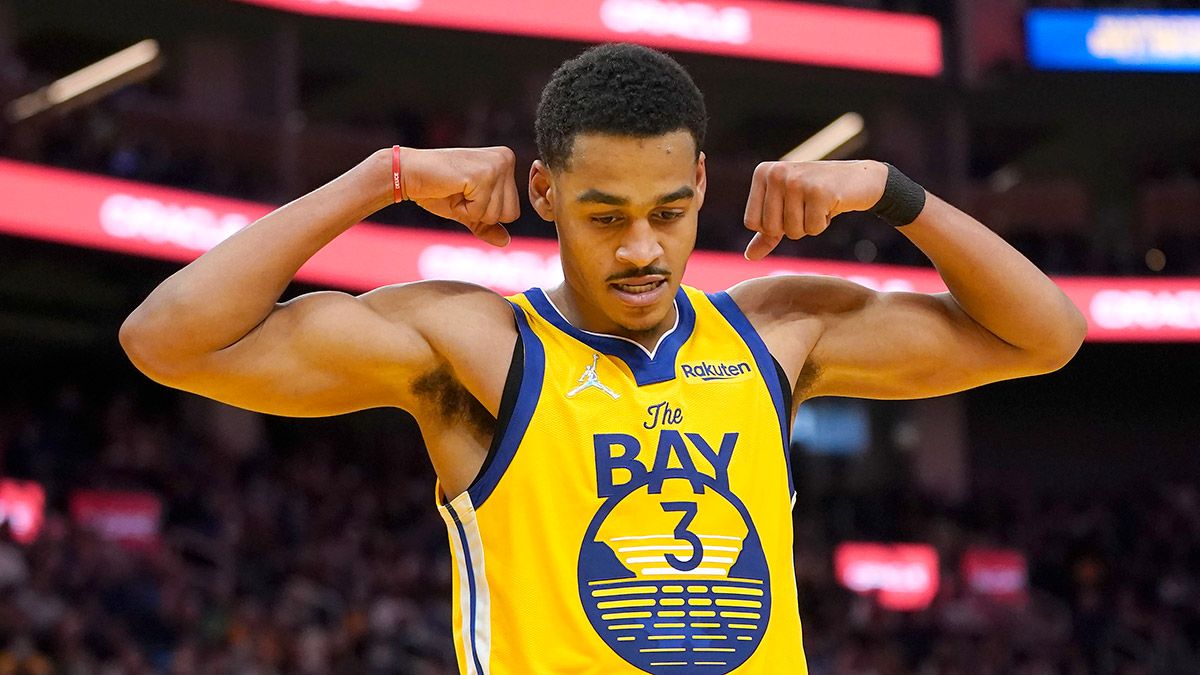 Jordan Poole goes 10 for 13 in 31 minutes of play for Golden State. PHOTO: AP

Warriors: Two-way G Chris Chiozza scored 11 points over 29 minutes off the bench. His teammates gave him a standing ovation. ... G Andre Iguodala sat out a third straight game nursing a tender right knee while Gary Payton II was out as he continues to recover from surgery on his right hernia. ... Otto Porter Jr. returned from sitting out a game protecting a foot injury and scored 15 points off the bench to go with five rebounds. "Everybody is buying in to what we're trying to do," Porter said. ... Golden State has scored 100 or more points in every game — the only NBA team to do so.

The Warriors and Riot Games announced Sunday that Chase Center will be host to the 2022 League of Legends World Championship Finals premier esports event — and Toronto will serve as a semifinal host city.

Kerr sported a League of Legends shirt during his pregame media session.