Well, Jordan Clarkson was certainly the man against Sacramento.

Clarkson scored a career-high 45 points to overcome the absence of Gobert and Conley and help the Jazz beat the Kings, 134-125, on Saturday night (Sunday, Manila time).

Clarkson set a franchise record for points as a reserve and had the first 40-point game for a Jazz player since he had 41 last season on May 10 against Golden State. He has four games with more than 40 points off the bench.

Conley planted the seed when they arrived at the arena and he started telling Clarkson that it was about time he had a big scoring night.

"You know what I haven't seen you do all year? It's time you went off for 40,'" Mike told me and that started pinging around in my head and shots started falling," Clarkson said.

Clarkson made seven 3-pointers and made all eight shots from inside the arc and all eight free throws to help Utah rebound from a loss Friday night at San Antonio.

"I'm not surprised at all. We all know how good he can be … but his efficiency tonight to have 45 points on just 21 shots is really impressive," Bogdanovic said.

Clarkson's three free throws gave the Jazz their largest lead at 111-95, but the Kings didn't fade away as they have so often this season.

Davion Mitchell, who had 14 points, made a layup to cap an 11-0 run for Sacramento and draw the Kings to 111-106, but they couldn't stop Clarkson and Donovan Mitchell down the stretch and get any closer.

"As a shooter and a scorer, when you shoot like that early, you kind of sense it would be his night," Mitchell said. "He continuously hit the right shots at the right time."

Bogdanovic scored 26 points for Utah, and Mitchell had 25. They have won nine straight at home and nine in a row in the series against Sacramento.

Hassan Whiteside, filling in for Gobert, had 12 points and a career-high 21 rebounds.

Three games after posting a career-best 44 points, De'Aaron Fox had 41 points and 11 assists for Sacramento. As good as Fox was, not containing Clarkson was the death knell for the Kings.

"Especially once (Clarkson) got it going, it's difficult to guard," Fox said. "He comes off the bench to score the ball and that's what they want him to do. He got going, and it was almost impossible to stop him after that." 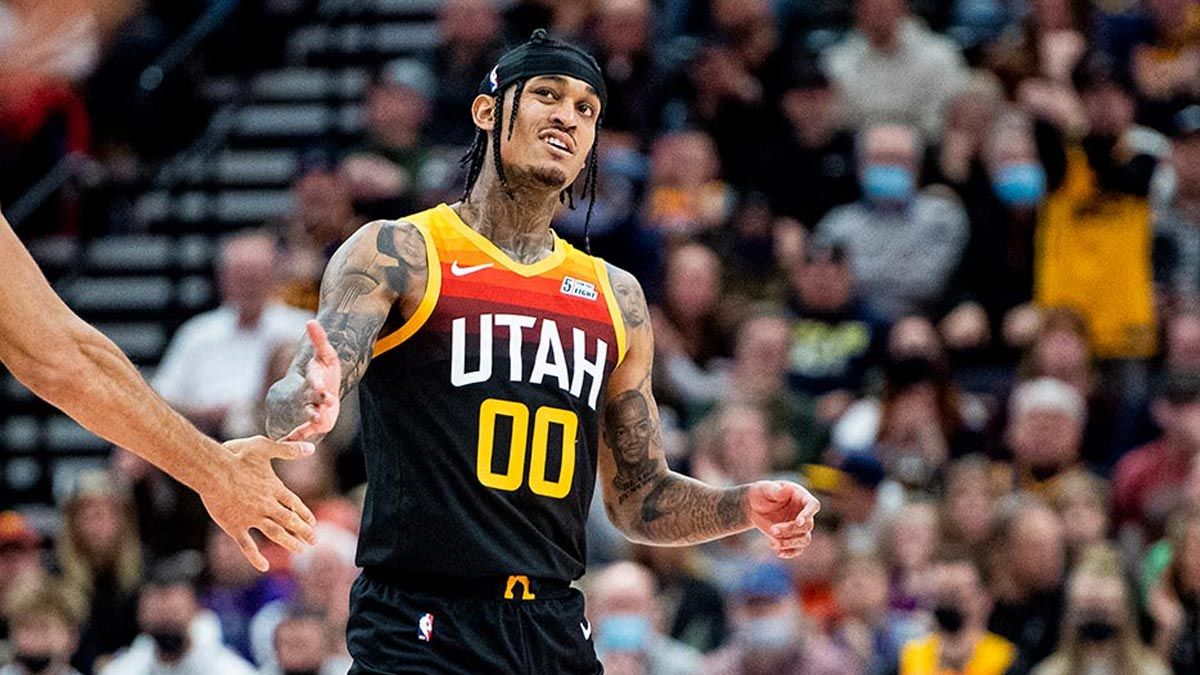 Jordan Clarkson and the Jazz are running fourth in the Western Conference.

Harrison Barnes had 18 points, and Trey Lyles added 13 for the Kings. They have lost four in a row.

"Bottom line is that you shoot 50 percent, you make 13 3s, and you have seven turnovers — just one in the second half — and score 125 points, you should put yourself in a position to win," Sacramento coach Alvin Gentry said.

"But, obviously, defensively we weren't very good at all tonight. We let a guy get out of the box, we tried to double him, and get the ball out of his hands but we were just too loose."

"I haven't seen the ball go in like that for me a lot this season," said Clarkson, who is shooting a career-low 40.9% from the field.

But he said he hasn't changed a thing with his routine or his mind-set. He just tried to keep a level head because he sensed his shot would come around.

"It feels good, definitely. That's just staying the course and not changing everything and not thinking about it too much. … Today was a kind of relief for me to see my shot go in like that," he said.

IT STARTS WITH STOPS

Playing the night after blowing a 15-point lead and losing in San Antonio, the Jazz pushed the pace at every opportunity until the home stretch.

"When we are running, we are a completely different team," Bogdanovic said.

Kings: Sacramento shot 72.7% from the field in the first quarter, a season-best. … Guard Justin Holiday played only nine minutes before leaving with a non-COVID-19 illness. … Richaun Holmes got a technical foul after the third quarter and was summarily ejected from the game.