Clarkson set a franchise record for points as a reserve with the first 40-point game for the Jazz since he had 41 last season on May 10 against Golden State. He has four games with more than 40 points off the bench.

Clarkson made seven 3s and made all eight shots from inside the arc and all eight free throws to help Utah rebound from a loss Friday night at San Antonio.

Clarkson's three free throws gave the Jazz their largest lead at 111-95, but the Kings didn't fade away as they have so often this season.

Davion Mitchell made a layup to cap an 11-0 run for Sacramento and draw the Kings to 111-106, but they couldn't stop Clarkson and Donovan Mitchell down the stretch and get any closer.

Bojan Bogdanovic scored 26 points for Utah, and Mitchell had 25. They have won nine straight at home and nine in a row in the series against Sacramento.

Hassan Whiteside, filling in for Gobert, had 12 points and a career-high 21 rebounds.

Three games after posting a career-best 44 points, De'Aaron Fox had 41 points and 11 assists for Sacramento. Harrison Barnes had 18 points, and Trey Lyles added 13 for the Kings. They have lost four in a row. 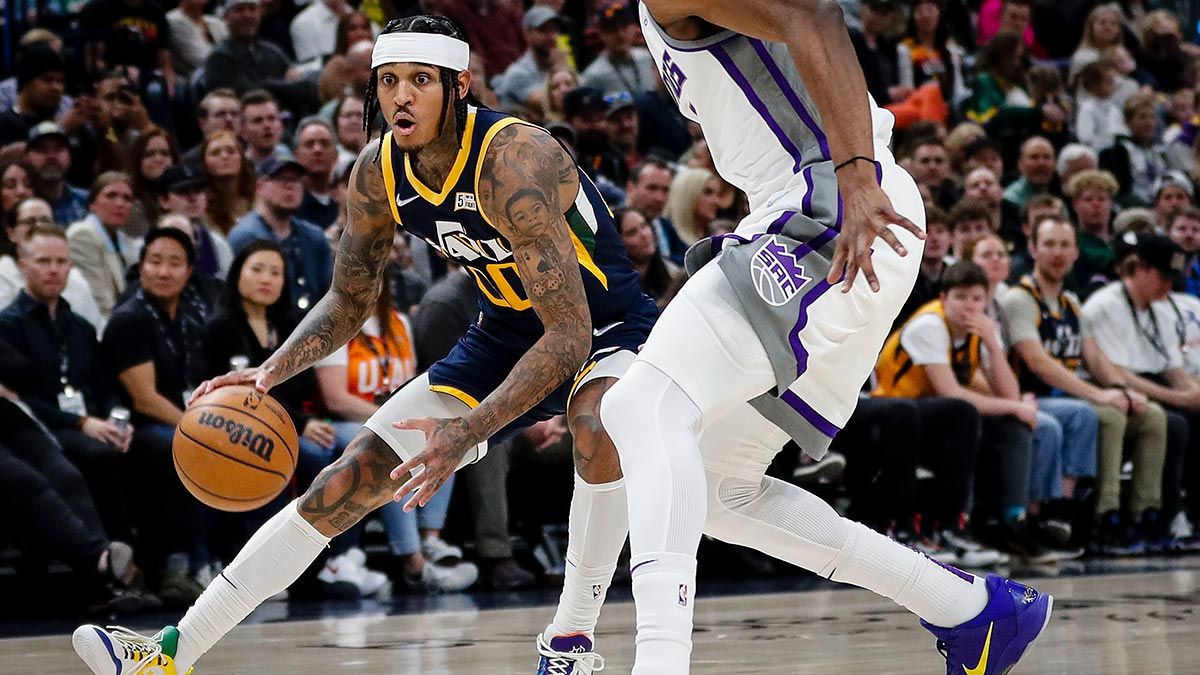 Jordan Clarkson has four games with at least 40 points off the bench.

Kings: Sacramento shot 72.7% from the field in the first quarter, a season-best. … Guard Justin Holiday played only nine minutes before leaving with a non-COVID-19 illness. … Richaun Holmes got a technical foul after the third quarter and was summarily ejected from the game.