With nine inactive players due to a slew of injuries, the Thunder struggled to keep pace with Utah once the Jazz found their shot.

Utah surged ahead late in the first quarter on a layup from Bogdanovic that sparked a 16-2 run. The Jazz scored baskets on nine straight possessions.

Oklahoma City cut the deficit to two points in the second quarter, with Lindy Waters III making three straight 3-pointers to fuel a 13-2 run. Hoard cut to the rim for a layup to cap the run and trim Utah's lead to 57-55.

Clarkson answered with back-to-back baskets to keep Oklahoma City from overtaking the Jazz. He also set up baskets from Gobert on consecutive possessions to help Utah take a 71-58 lead into halftime. The Jazz led by double digits virtually the entire second half.

After the Thunder cut the deficit to nine on a 3-pointer from Robinson-Earl, Utah used a 27-5 run to build up a 118-87 lead early in the fourth quarter. 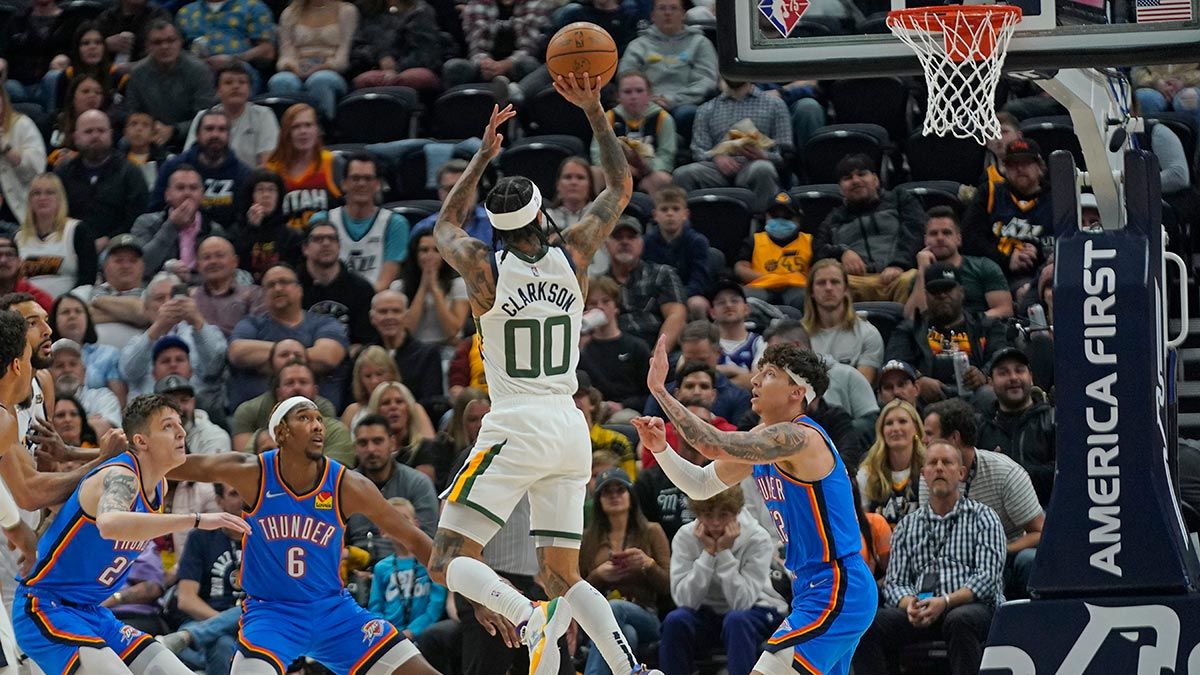 Jordan Clarkson goes 7 for 11 in 29 minutes of action.

Thunder: Robinson-Earl set a career high in scoring after not playing in Oklahoma City's 98-94 win over Portland a night earlier. … Zavier Simpson had 11 assists in his second NBA game.