SAN FRANCISCO — Keldon Johnson scored off a rebound of a missed free throw with three-tenths of a second left to give the San Antonio Spurs a 110-108 victory over the Golden State Warriors on Sunday night (Monday, Manila time).

Jakob Poeltl made the first of two free throws to it at 108 with 2.4 seconds left. He missed the second off the back iron, but Johnson grabbed the rebound and converted the winner.

Klay Thompson missed a 3-pointer from the right corner as time expired.

Josh Richardson led the Spurs with 25 points, and Dejounte Murray had 19.

Jordan Poole scored 28 points, and Thompson had 24 Golden State. Playing their first game since losing Stephen Curry to a left foot injury, the third-place Warriors dropped 1 1/2 games behind second-place Memphis and 10 1/2 games back of NBA-leading Phoenix.

Golden State appeared in good shape when Andrew Wiggins was fouled with three seconds left and the game tied at 107. He made his first free throw, but missed the second. Kevon Looney was called for a loose-ball foul on Poeltl, setting up the closing sequence.

Draymond Green was in the Warriors' starting lineup for the first time since returning from a calf injury last week, but he was ejected in the third quarter after getting called for two technicals in an eight-second span.

San Antonio led 36-22 at the end of the first period on the strength of 59.1% shooting. But Poole and Thompson combined for 15 points in the second quarter and the Warriors cut it to 63-57 at halftime. 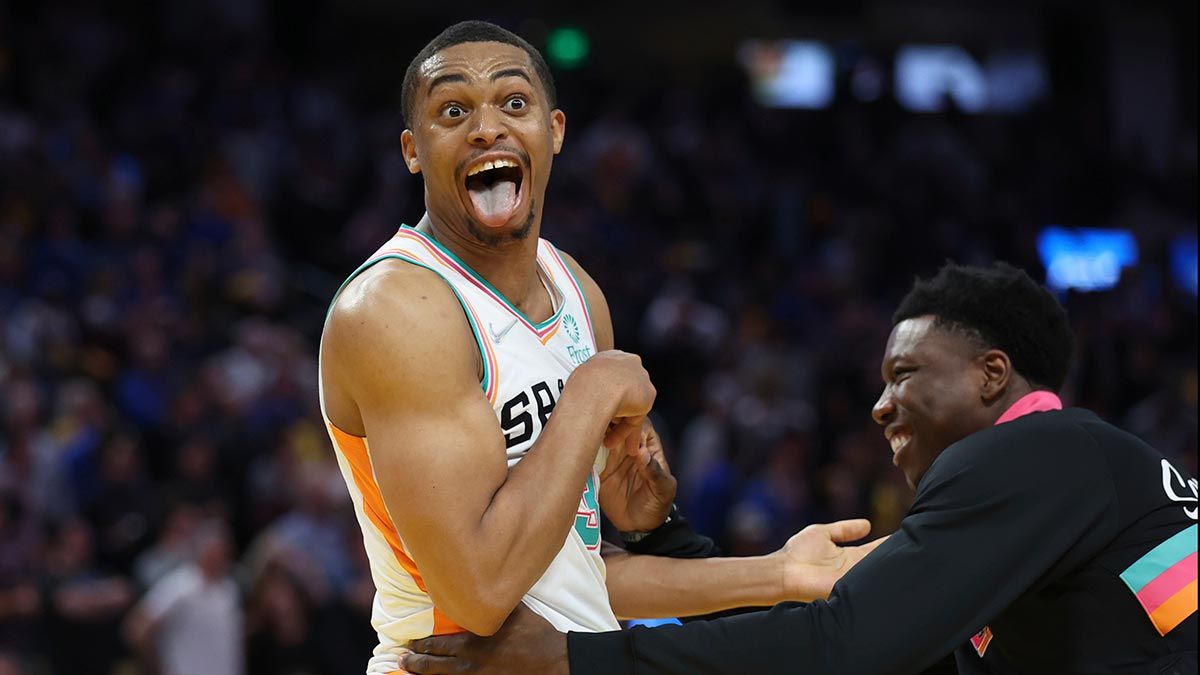 Spurs: Devin Vassell raced downcourt and hit a 3-pointer to beat the halftime buzzer. … Lonnie Walker IV remained out with back spasms. The guard left Friday night in a loss to New Orleans in the first quarter.

Warriors: Golden State got Wiggins and Nemanja Bjelica back. Moses Moody (right shoulder) remained out for the Warriors. … Green returned to the starting lineup after coming off the bench in his first two games back from a calf injury … Otto Porter Jr. had a career-high 16 rebounds.

Spurs: At Portland on Wednesday night.

Warriors: At Orlando on Tuesday night to start a five-game trip.