WASHINGTON — Washington Wizards point guard John Wall declared himself fully recovered after two operations that sidelined him for the past 1½ years and said he is "itching" to get back on the court next season.

Speaking on a video call on Tuesday (Wednesday, Manila time) to discuss his "202 Assist" program to help pay rent for people in the nation's capital affected by the coronavirus pandemic, Wall said he is "still taking my time at the rehab" and working to get himself "in the best shape possible."

He has not played in an NBA game since December 2018. Surgery for bone spurs in his left heel ended that season; while he was working his way back from that, he tore his left Achilles tendon and needed another operation in 2019.

That held Wall out for all of the current season, which was suspended in March because of the coronavirus pandemic.

"I'm itching to get back out there," he said.

When play was halted, the Wizards were 24-40 and ninth in the Eastern Conference, 5.5 games behind the team in the last playoff spot, the Orlando Magic. Wall's backcourt mate, shooting guard Bradley Beal, was second in the league in scoring at 30.5 points per game.

"I'm just focused on getting back out there and watching how Brad has developed, how our team has developed," Wall said, "how we have made changes in the organization to prepare ourselves for next season and see what we can do." 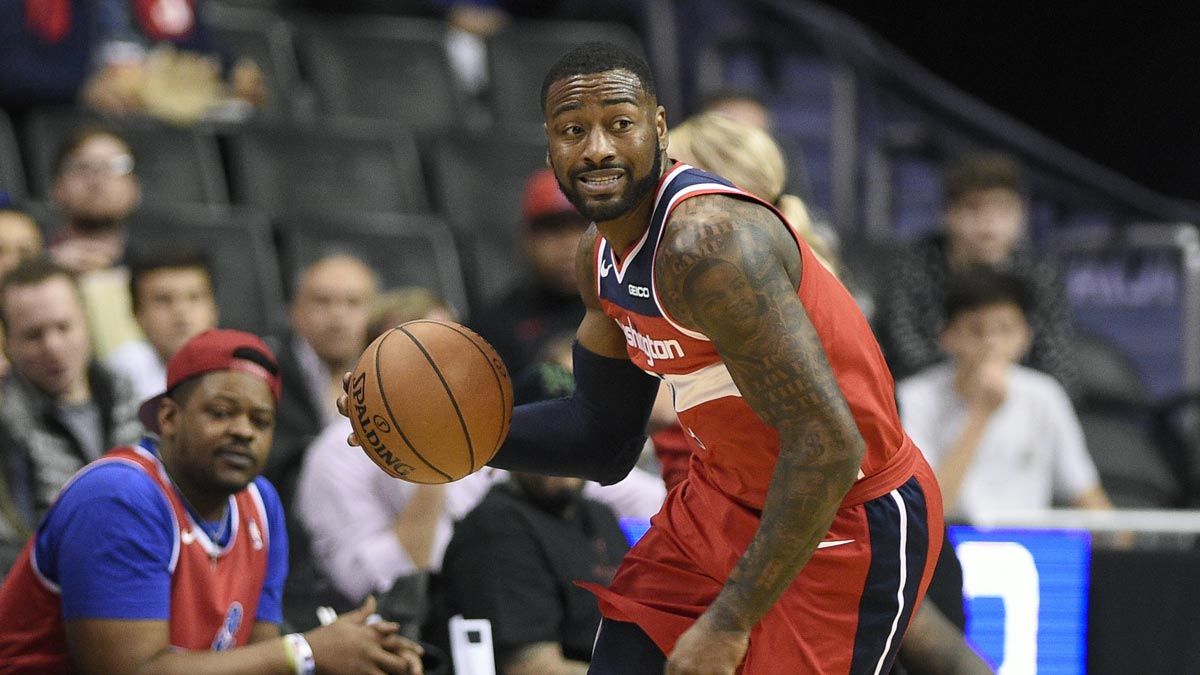 He thinks NBA Commissioner Adam Silver will put the safety of players and their families first when deciding whether and how to resume this season.

If that can't be assured, Wall said, "I think they'll stop the season and prepare for next year."

The Wizards' practice facility is closed because of lockdown measures, so Wall has been working out at home. He uses an app the Wizards gave players with information about weightlifting, rides his bike and works on shooting and ballhandling at a half-court he has at his house.

"I understand how quickly this game can be taken away from you," Wall said. "I try to play through all injuries, because I feel like, 'If it ain't broke, go play.' For me, if you take all the money away, I'm still going to play the game the same way I do, because that's how much I love it."