NEW ORLEANS — Joel Embiid had 22 points and 12 rebounds, Furkan Korkmaz hit four 3-pointers in the fourth quarter to also score 22 points, and the Philadelphia 76ers pulled away for a 117-97 victory over the New Orleans Pelicans on Wednesday night (Thursday, Manila time).

A subplot of the season opener for both teams involved who wasn't playing.

New Orleans was without star power forward Zion Williamson, who is recovering from surgery to repair his broken foot. The Sixers were missing disgruntled forward Ben Simmons, who was suspended one game for conduct detrimental to the team.

While fans at the Philadelphia Flyers' NHL game were engaging in anti-Simmons chants, the Sixers were playing well without him a little more than 1,000 miles to the south in New Orleans. The Sixers dominated the fourth quarter to end Pelicans rookie coach Willie Green's debut on a sour note.

New Orleans was as close as six points when Brandon Ingram's turnaround fade made it 83-77 with 9:27 left.

Korkmaz responded with his onslaught from deep, hitting three 3s in less than a minute to put the Sixers up 92-79. That was the start of a 20-2 Sixers run that included another 3 by Korkmaz, sending fans to the exits ahead of an anticlimactic final six minutes.

Ingram finished with 25 points and Nickeil Alexander-Walker, a season-opening starter at guard in his third season, scored 23 points. 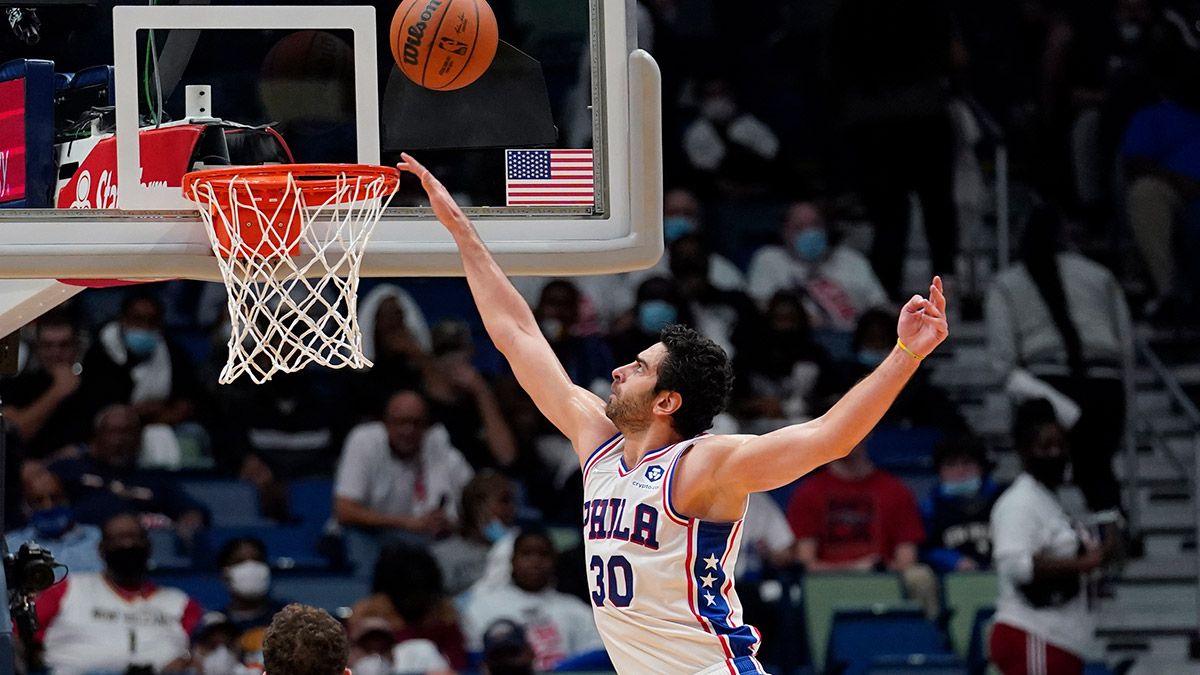 Furkan Korkmaz goes 7 for 11, making all four attempts from beyond the arc.

Pelicans: New center Jonas Valanciunas made his New Orleans debut on the same day he signed a two-year extension for a reported $30 million. He had nine points and 11 rebounds, but missed 16 of 19 shots. ... Forward Josh Hart, who opened the season as a starter in a lineup reshuffled to account for the absence of Williamson, left the game in the first half with a right knee injury and did not return.

76ers: Play their home opener against Brooklyn on Friday night.

Pelicans: Visit Chicago on Friday night for the first of three road games in four nights.