Butler plus Heat was a match made in heaven. Coach Spo explains

LAKE BUENA VISTA, Florida — Jimmy Butler and Goran Dragic had their arms slung over the other’s shoulders as they walked out of the arena following the final game of Miami’s season, helping each other in the most painful of moments.

That was the Heat way all year long.

A bunch of strangers at the start of the season forged intense bonds over the next 12 months, and the result was a surprising run to the NBA Finals. Another Eastern Conference championship banner will be swaying in Miami soon, and there is no doubt that the Heat will enter next season — whenever it starts — believing that they’re among the favorites to win the 2021 NBA title.

“This season has been a tremendous season for us, for me,” Dragic said. “We had a lot of bonds together. We go through good times, bad times, but we always stay together. And I think that that’s something that it’s really rare to find.”

The Heat went from 10th in the East last season to second in the NBA this season, falling to the Los Angeles Lakers in six games in the NBA Finals. Butler arrived in the summer of 2019 and immediately felt a bond with Heat coach Erik Spoelstra and team president Pat Riley, convinced that Miami was the place where he could be himself — tough-minded, strong-willed, no-nonsense, and have it not only be appreciated but embraced, something that wasn’t always the case at his other career stops in Chicago, Minnesota and Philadelphia. 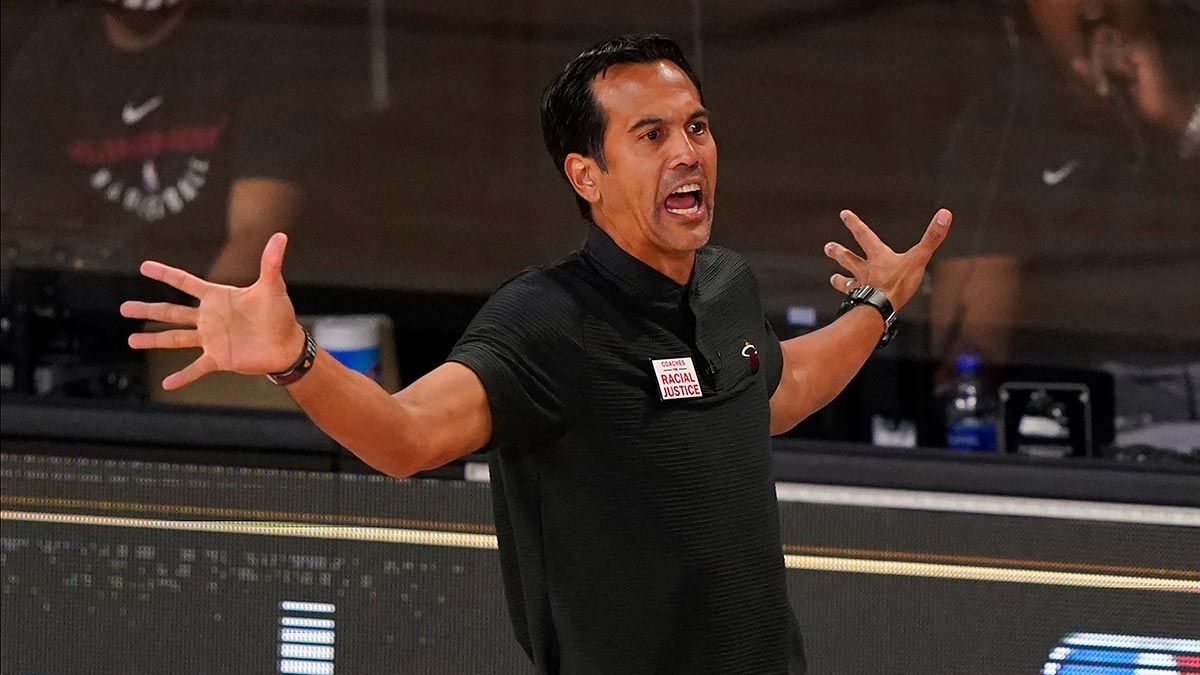 Turns out, it was a perfect match. Butler willed Miami to the finals, after spending a year becoming very close with Dragic and teaching the Heat’s young core — players like All-Star Bam Adebayo, rookie guard Tyler Herro and 3-point threat Duncan Robinson — what it took to succeed in the NBA. 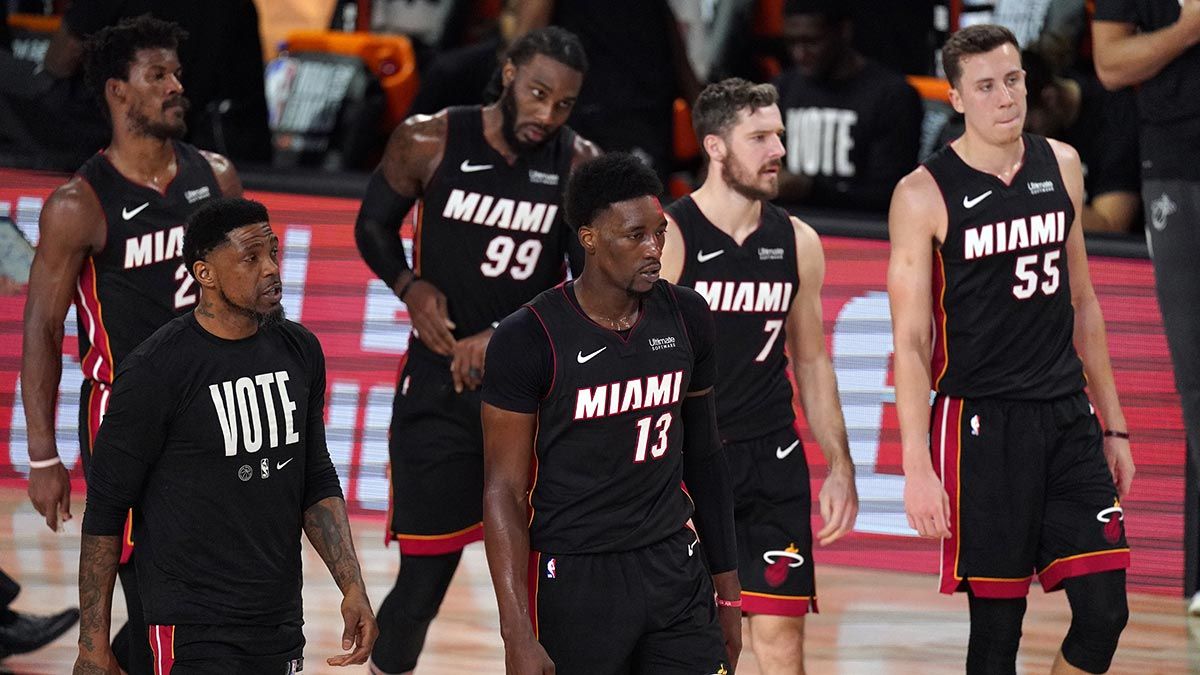 Here’s some of what to know as the Heat go into the offseason:

Last season was all about Dwyane Wade’s last dance, his yearlong journey to retirement. This season was about new faces in Miami — rookie Tyler Herro dazzled and is expected to become a huge part of Miami’s offense going forward, Kendrick Nunn was a huge bargain who started at point guard most of the year, Andre Iguodala and Jae Crowder made big impacts after they arrived in a trade, and, of course, there was Jimmy Butler. Put it this way: Year 1 of this group being together almost certainly exceeded expectations. 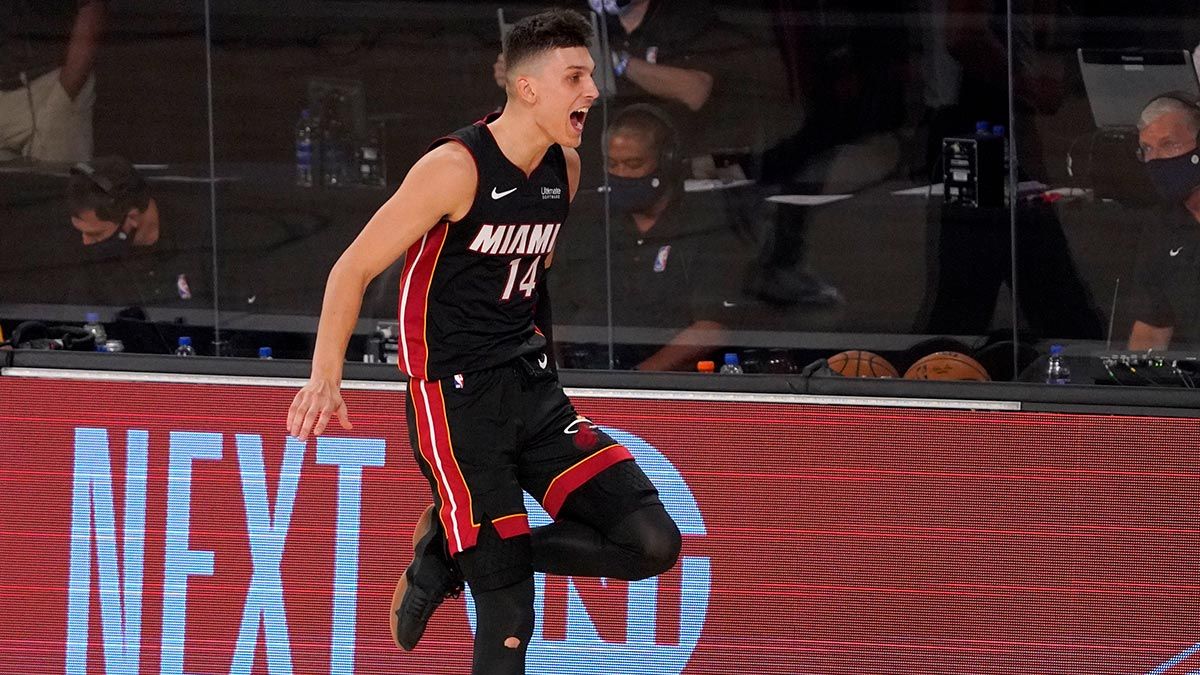 Duncan Robinson had the best 3-point season for any undrafted player in NBA history — and one of the very best, period. Robinson made 270 3’s during the regular season and 62 more during the playoffs, both single-season records for undrafted players. Put them together, he had 332 3’s on 43.6% shooting. The only other player to make that many and shoot them that well? Golden State’s Stephen Curry, who has done it twice.

The Heat won 61.7% of their games this season, after winning only 47.6% of them last season. It’s the sixth-best year-to-year improvement in franchise history, almost identical to the leap the franchise made in 2010-11 — when LeBron James and Chris Bosh arrived, the winning percentage went up 14.7% and the team made the first of four consecutive trips to the NBA Finals.

This year’s Heat team smashed the franchise single-season records for 3-pointers and, when adding in the playoff numbers, was the most accurate in team history from the foul line as well. That was a huge boost this season, after Miami was last in the 30-team league in free throw percentage a year ago.

Bam Adebayo is eligible to sign an extension that would start in 2021-22, though the Heat may want to wait and preserve cap space for the summer of 2021. Kelly Olynyk has a player option, while the free-agent group includes Meyers Leonard, Goran Dragic, Jae Crowder, Solomon Hill and Derrick Jones Jr. — and it could be difficult to keep them all. Udonis Haslem will be welcomed back if he decides to sign for an 18th season, and there are indications that he may delay retirement for at least one more year.