MIAMI — Jimmy Butler scored five straight points late to give Miami the lead, Max Strus led all scorers with 24 and the Heat overcame a triple-double from Stephen Curry to beat the Golden State Warriors, 116-109, on Tuesday night (Wednesday, Manila time).

Butler scored 23 points, including a three-point play with 1:48 left that put the Heat ahead to stay. Bam Adebayo added 19, Duncan Robinson had 17 and Kyle Lowry scored 13 for Miami, which won on coach Erik Spoelstra's 52nd birthday.

Curry had 23 points, 13 rebounds and 13 assists for the Warriors, who dropped their third straight and dropped to 3-5 — 0-4 on the road. Andrew Wiggins added 21 points and Klay Thompson scored 19.

It was the 10th regular season triple-double for Curry. But it wasn't enough, and a call that went Miami's way denied him a chance to tie the game with 1:39 left. 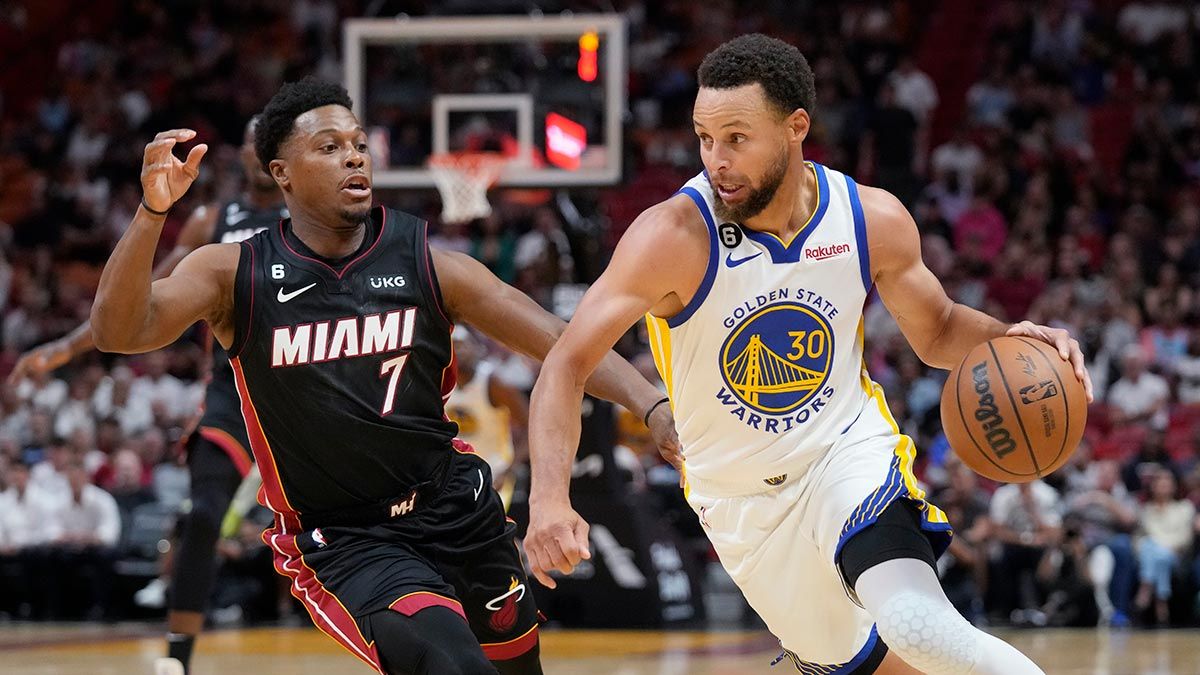 Stephen Curry and the Warriors slip to 3-5.

Curry was hit on the hand by Butler as he tried a 3-pointer, with the Warriors down three. A foul was called, but overturned on review.

"They had a high-five," referee Bill Kennedy said.

The Warriors didn't score again, and lost a game where they led by 10 in the second half.

"Huge for our confidence," Strus said.

Warriors: Curry extended his NBA-record streak of regular-season games with a 3-pointer to 197. He also owns the second-longest streak (157). ... The Warriors took 49 shots from 3-point range, 35 shots from 2-point range. ... Golden State's 20 turnovers were turned into 28 Heat points.

Heat: Lowry's third 3-pointer of the night was his 1,989th, passing Jason Kidd for 12th in NBA history. ... The Heat improved to 6-2 on Spoelstra's birthday during his tenure as head coach. ... Miami lost Tyler Herro midway through the second quarter after he got poked in the left eye by Golden State's Moses Moody as they battled for a rebound.

Iguodala played in 109 games for Miami, helped it to the 2020 NBA Finals and hasn't faced the Heat since. Barring an NBA Finals matchup this season, he'll retire having played 45 games against Miami.

Heat-Warriors was the first season series to be completed in the NBA this season. The season series between the Heat and Sacramento ends Wednesday.