Heat close in on conference semis with rout of Hawks

ATLANTA — Jimmy Butler scored 13 of his 36 points in a dominant second quarter and the Miami Heat beat the Atlanta Hawks, 110-86, on Sunday night (Monday, Manila time) to take a 3-1 series lead.

The Heat can wrap up the first-round series in Game Five on Tuesday night in Miami.

Butler overcame a slow start. He made only 1 of 7 shots before hitting his final five shots of the first half to lead the turnaround.

Miami outscored Atlanta 30-15 in the second period, holding the Hawks to a season scoring low for the period.

Butler had 10 rebounds, four assists and blocked a shot.

Atlanta's Trae Young scored only nine points with five assists and five turnovers as he was shut down by Miami's defense for the second time in four games. Young was held to eight points in Miami's 115-91 Game 1 win.

Miami ended Atlanta's six-game home winning streak despite playing without point guard Kyle Lowry, who was held out with a left hamstring strain.

Gabe Vincent had 11 points while sinking three 3-pointers in his fill-in start for Lowry, who strained his hamstring in the third quarter Friday night in a 111-110 loss to the Hawks. Lowry's status for Game Five is not known.

A key in the Heat's surge came on a Butler steal from Collins, who fouled as Butler scored and then made the free throw. It was Collins' third foul. Coach Nate McMillan opted to keep Collins in the game.

Butler drove through the Atlanta defense for two late baskets in the half after Collins left the game with four fouls with 1:54 remaining. Collins, who scored 11 points, finished with five fouls.

Miami led 98-74 when McMillan pulled out Young and his other starters. 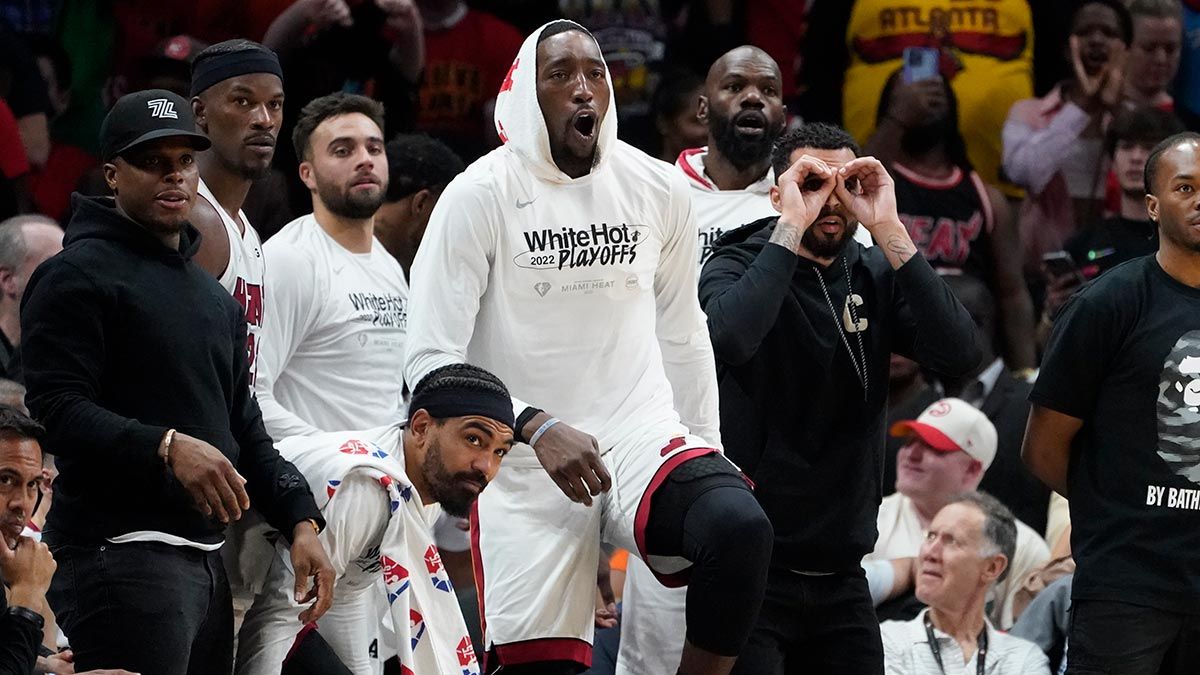 The top-seeded Miami Heat are a win away from the Eastern Conference semifinals. PHOTO: AP

Hawks: C Clint Capela started after missing the first three games of the series with a right knee hyperextension. Capela had five rebounds and his only two points in his first 8 minutes. He finished with seven rebounds. ... The Hawks made only 5 of 11 free throws in the first half and 11 of 20 overall.

Miami will try to extend its three-game home winning streak over Atlanta, including the first two games of the series, in Game 5. Overall, the Heat are 5-2 at home against the Hawks this season.