LAKE BUENA VISTA, Florida — Jimmy Butler does plenty of talking on the court to anyone who will listen: opponents, referees or teammates.

Bam Adebayo has been imploring him to shoot 3-pointers, and Butler knocked down two big ones late in the fourth quarter to help the Heat pull away for a 113-101 victory over the Indiana Pacers in the opener of their Eastern Conference first-round series.

"I yell at him all the time to shoot the ball," Adebayo said of Butler, who hadn't made a 3-pointer since March 2.

"Tonight it just clicked where he listened to me and he made some big 3s."

Butler scored 28 points and Goran Dragic had 24 for the Heat, who pulled away in the closing minutes, long after the Pacers had lost star guard Victor Oladipo to an eye injury.

Adebayo had 17 points, 10 rebounds and six assists for the Heat, who were just a little bit better in a mostly even matchup between the Nos. 4 and 5 seeds, who were separated by a game in the standings in this pandemic-shortened season. 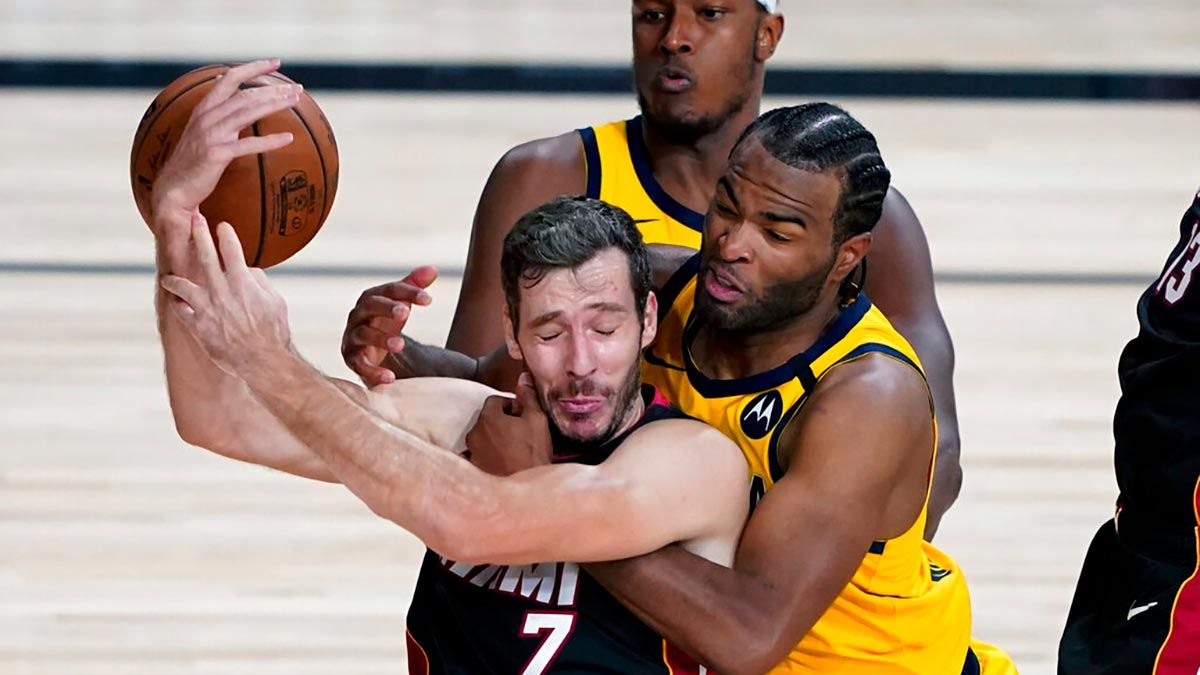 Indiana went 6-2 in the seeding games and Miami was 3-5, with the teams splitting a pair of meetings. The Pacers' victory on Friday in the finale allowed them to take the No. 4 seed, which in other years would have been a bigger deal because it meant Indiana would have had home-court advantage.

Butler seemed to treat it like a road game, appearing to jaw at one point toward the virtual Pacers fans filling the sides of the arena in the NBA's Disney World bubble — though he said it was to a coach he heard yapping at him.

"I mean, I take what the game gives me the majority of the time," Butler said. "Sometimes I'm forced into taking some bad shots, but in the end my teammates, my coaches was like 'Don't lose this game, win it for us' and that's what I was thinking. Make the right play and those two possessions it was a pull-up 3."

T,J. Warren and Malcolm Brogdon scored 22 points apiece for the Pacers, who will try to even the series on Thursday.

Oladipo was limited to eight minutes before he was scratched in the left eye with 3:26 remaining in the first quarter, appearing to be hit first by Miami's Jae Crowder.

Miami opened a 72-62 lead midway through the third quarter but the Pacers used a good finish to knock it down to an 81-80 deficit heading to the fourth. 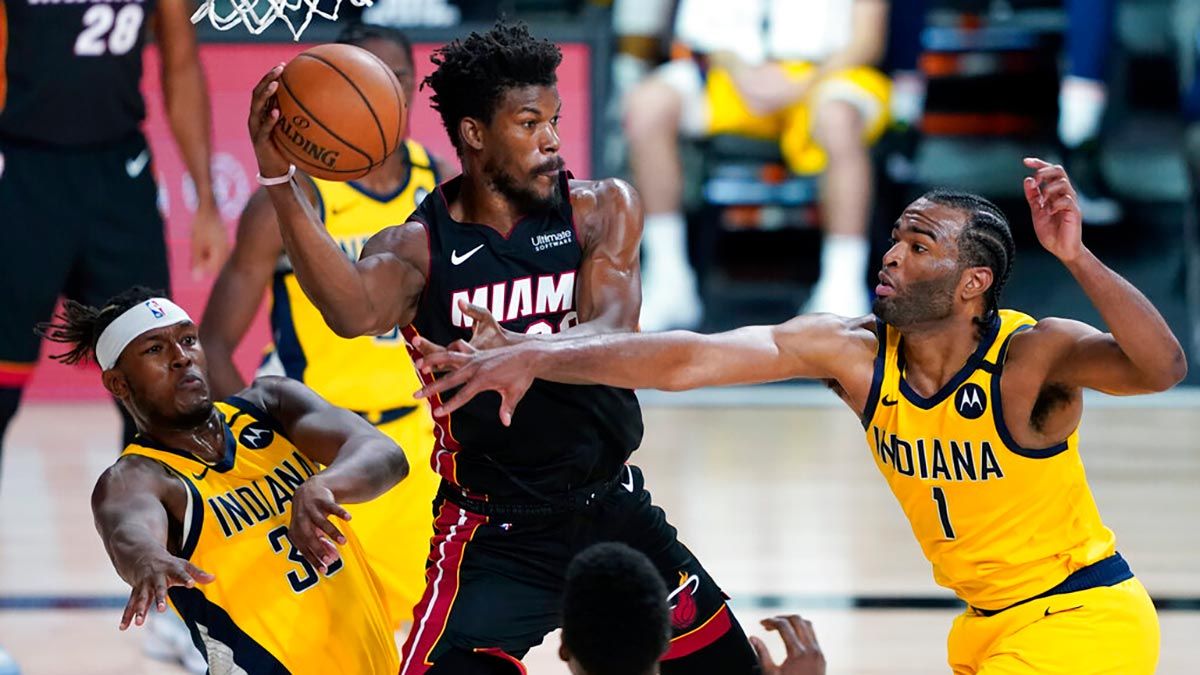 Heat: Derrick Jones Jr., who sustained a neck injury Friday that appeared serious when he was taken off the floor on a stretcher, was cleared to play and had six points in 13 minutes. ... Tyler Herro scored 15 points.

Pacers: Oladipo's injury came after coach Nate McMillan said the guard was no longer playing with a minutes restriction. He said the Pacers had been limiting Oladipo's minutes in earlier games at Disney as he worked his way back from his right knee injury.

The teams met three straight years in the postseason from 2012-14, the last two in the Eastern Conference finals. Miami won all three series.

ON THE ROAD AGAIN

The Heat were technically the road team, allowing them to run their streak to 20 consecutive series where they won at least one road game. That's second-longest in NBA history behind Golden State's current 23-series run.