The Fil-Am coach, who worked as an coach for the Sacramento Kings in the 2021 NBA Summer League, said the No. 2 overall pick in the 2021 NBA Draft has delivered as expected in the handful of games he had in Las Vegas.

Green, who is of Filipino descent, impressed in the three games he played for Houston, averaging 20.3 points, 4.3 rebounds, and 2.0 assists in 24 minutes of play.

"Everybody sees the athleticism, the speed and quickness that he plays with. He was really impressive. I was able to watch a couple of his games before he came up with that hamstring injury," said Alapag.

Green was shut down for the remainder of the summer showcase due to the injury.

Nonetheless, he earned his place in the Summer League Mythical Second Team where he was joined by No. 1 pick Cade Cunningham and Luka Garza of the Detroit Pistons, Paul Reed of the Philadelphia 76ers, and Patrick Williams of the Chicago Bulls.

Meanwhile, No. 9 pick Davion Mitchell, who was one of Alapag's players in Sacramento, was named as the Summer League Co-MVP together with Cam Thomas of the Brooklyn Nets.

For Alapag, Green being exposed to elite competition as a part of the NBA G League Ignite team played big in his transition to the NBA.

"For a young player, his experience last year with the G League was a big help because it gave him an opportunity to have a better understanding of the pro game especially in the NBA," the Fil-Am mentor remarked. 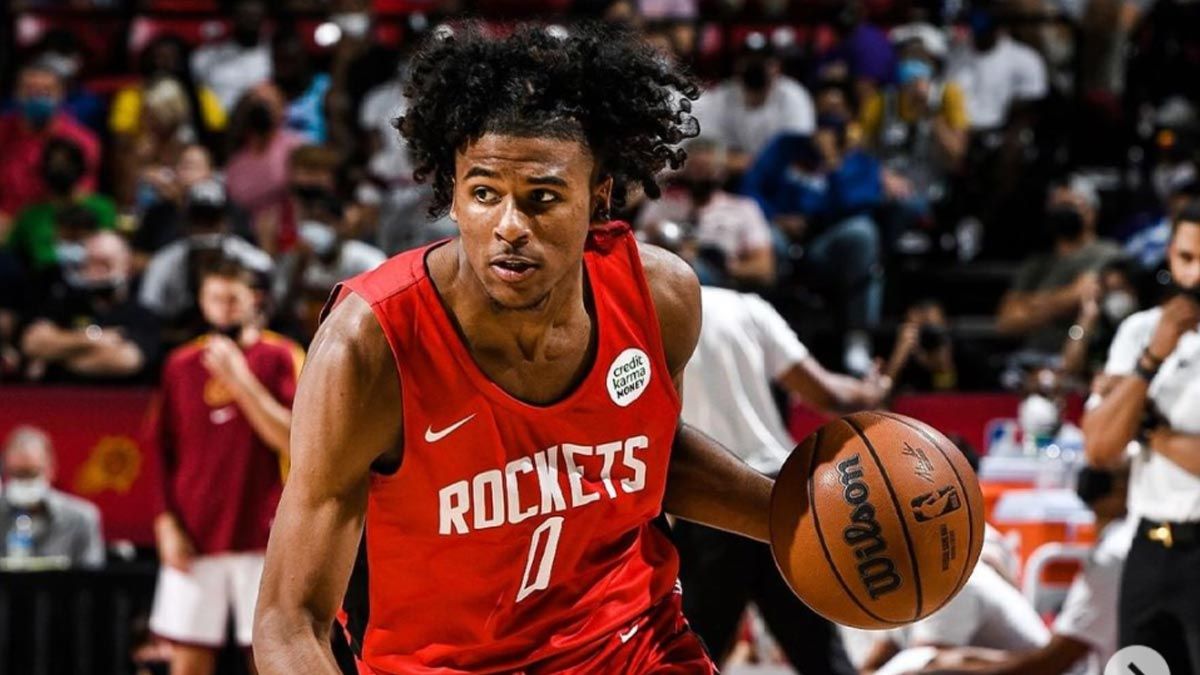 "He got to a blazing start in Vegas, and I'm sure the Rockets are really excited on who they drafted this year."

Aside from Green, the Rockets also took Turkish center Alperen Sengun at No. 16, Spanish forward Usman Garuba at No. 23, and Green's AAU teammate Josh Christopher at No. 24 as they continue to rebuild following the departure of former NBA MVP James Harden.

These rookies will have lots of responsibilities in a Houston team that finished dead-last in the league with its 17-55 record.

Still, it is shaping up to be a very interesting Rockets crew with forward Christian Wood, young guns Kevin Porter Jr. and KJ Martin, veterans Eric Gordon and John Wall, and new addition Daniel Theis among those under contract.