JIMMY Alapag is hopeful that his performance as an assistant coach in the NBA Summer League would lead to him being hired as a part of the Sacramento Kings.

Alapag bared he is set to talk to Kings officials this weekend, keeping his fingers crossed there would be a spot for him in the organization.

"I have a meeting this weekend with the general manager Monte McNair, Paul Johnson, and coach Bobby Jackson. We'll see what happens," he said.

"They just said they wanted to talk again. But I hope the impression I made in these first two stints with Sacramento, I hope they got a chance to see not only the type of coach I am but the type of person I am, someone who takes a lot of pride in the game and values the opportunities that I do get. Someone who's ready to come in and work everyday. That's always the foundation for everything that I've done from my time playing to transitioning to coaching. I'm excited on what they have to say and we'll go from there."

Alapag was an active voice for Kings Summer League coach Bobby Jackson as the team won the trophy in Las Vegas this past week.

It was the second go-round for Alapag in the NBA Summer League, with his first coming in 2019.

The 43-year-old Alapag said the two stints were very different.

"My first experience with the Kings, I was coming in and didn't know anybody. I just took that as an opportunity to be there, take notes, listen, and really get a feel to be in that NBA space as a coach," he said.

"I think the biggest difference now was I had a much more engaging role as an assistant coach in terms of game preparation, scouting, video, and everything else. It was awesome to have an active voice with coach Bobby Jackson and the rest of the staff. It was a lot of fun, lot of work, but we got a great group of guys and it was great to see them rewarded with the work we put in." 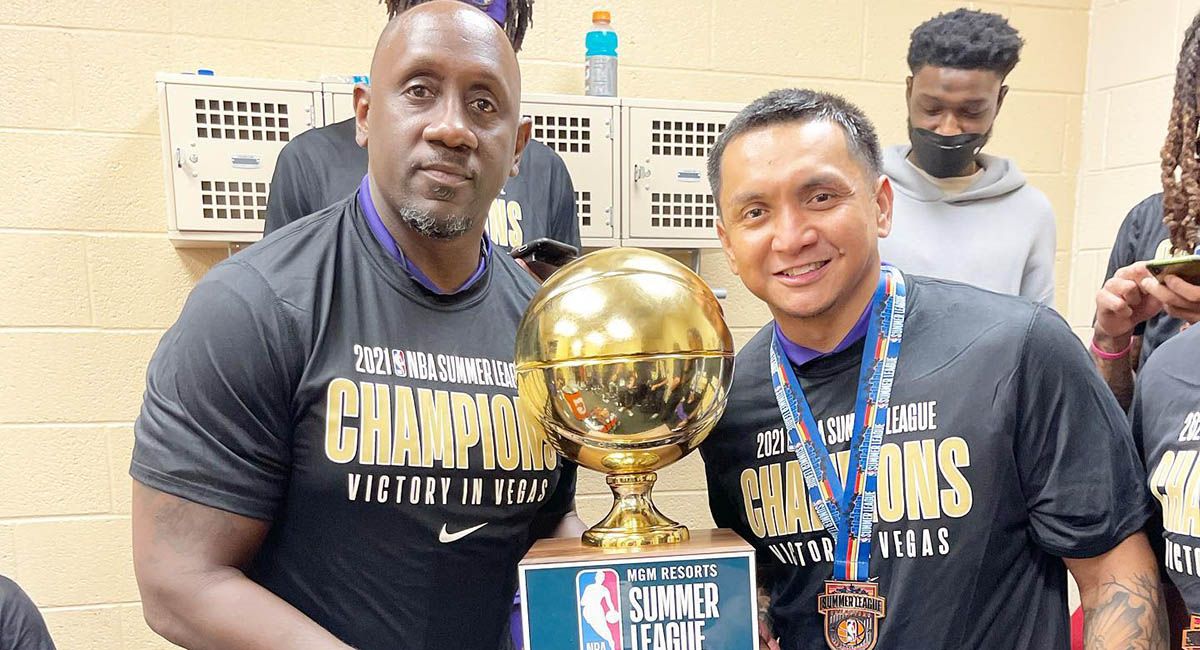 It also helps that he worked with Jackson, a former Kings player himself and was someone Alapag could relate to from his first stint with the Sacramento Summer League team.

"From my first stint with them, I felt that coach Bobby Jackson, I hit it off with him. We approach the game the same way, we saw the game the same way. And from the time that I left, he would check in with me and leading up to this summer, they had a mini camp in Los Angeles and he invited me to come down and spend time with the team and that ultimately led to them asking me to join the team for the summer. It's a huge blessing," he said.

Regardless of what the future holds, Alapag is filled with gratitude to have this chance to learn and be exposed with personalities in the NBA.

"I've learned so much in the past month, in terms of player development, philosophy, terminology, etc. I've just continued to try to be a sponge on all of it, try to pay attention to what coach Bobby and the rest of the staff has been trying to implement, and try to learn and grow as a coach," he said, while also relishing the whole experience in Las Vegas.

"I've had a more active role, sat in front of the bench a couple of times and it kind of blew my mind. It was a proud moment for myself in understanding that it's not just for myself but the Philippines, as well. It was great to be out there."