By DARLENE SUPERVILLE and PADMANANDA RAMA

WASHINGTON — Jerry West, the NBA legend who delivered championships to the Los Angeles Lakers as both a player and an executive, said, "It never ceases to amaze me the places you can go in this world chasing a basketball" as he was honored Thursday (Friday, Manila time) with the Presidential Medal of Freedom.

Now a consultant with the Los Angeles Clippers, West marveled at being among recipients of the nation's highest civilian honor, including such sports figures as Muhammad Ali. "I swear, my name is going to look like a misprint on this list," West quipped after President Donald Trump presented the medal in the Oval Office.

After retiring from play, West coached the Lakers for three seasons before moving to the front office, where he signed such greats as Magic Johnson, Kobe Bryant and Shaquille O'Neal. He also has held executive positions with the Memphis Grizzlies and the Golden State Warriors. 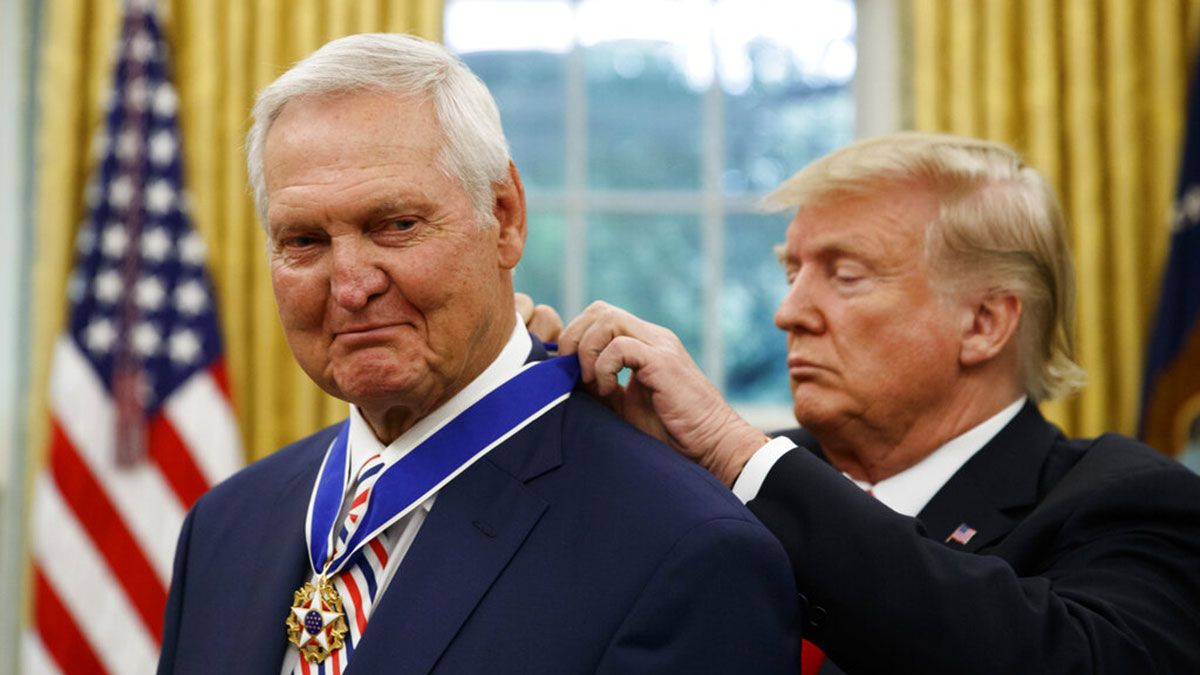 Known as "Mr. Clutch," West was named an All-Star every year of his 14-season career with the Lakers and helped lead the team to the NBA Finals nine times. West was inducted into the Basketball Hall of Fame in 1979. His silhouette is ubiquitous, considered to be the basis of the NBA logo, a player dribbling a ball set against a red-and-blue background.

As a teenager growing up in West Virginia, West literally grew in stature.

He made the high school varsity basketball team, but often sat on the bench during his junior year. Then, as he continued to devote himself to long hours of practice, he grew 6 inches (15.24 centimeters) over the summer. As a senior, he scored 900 points in one season, helping his team win the 1956 state title, according to a profile on NBA.com. West went on to play college basketball at WVU.

In his memoir, "West by West: My Charmed, Tormented Life," West revealed a lifelong battle with depression.

He wrote that his childhood was devoid of love and filled with anger as a result of an abusive father. He often felt worthless and poured his energy into playing, which he has described as a gift that helped him rise above his emotional pain.